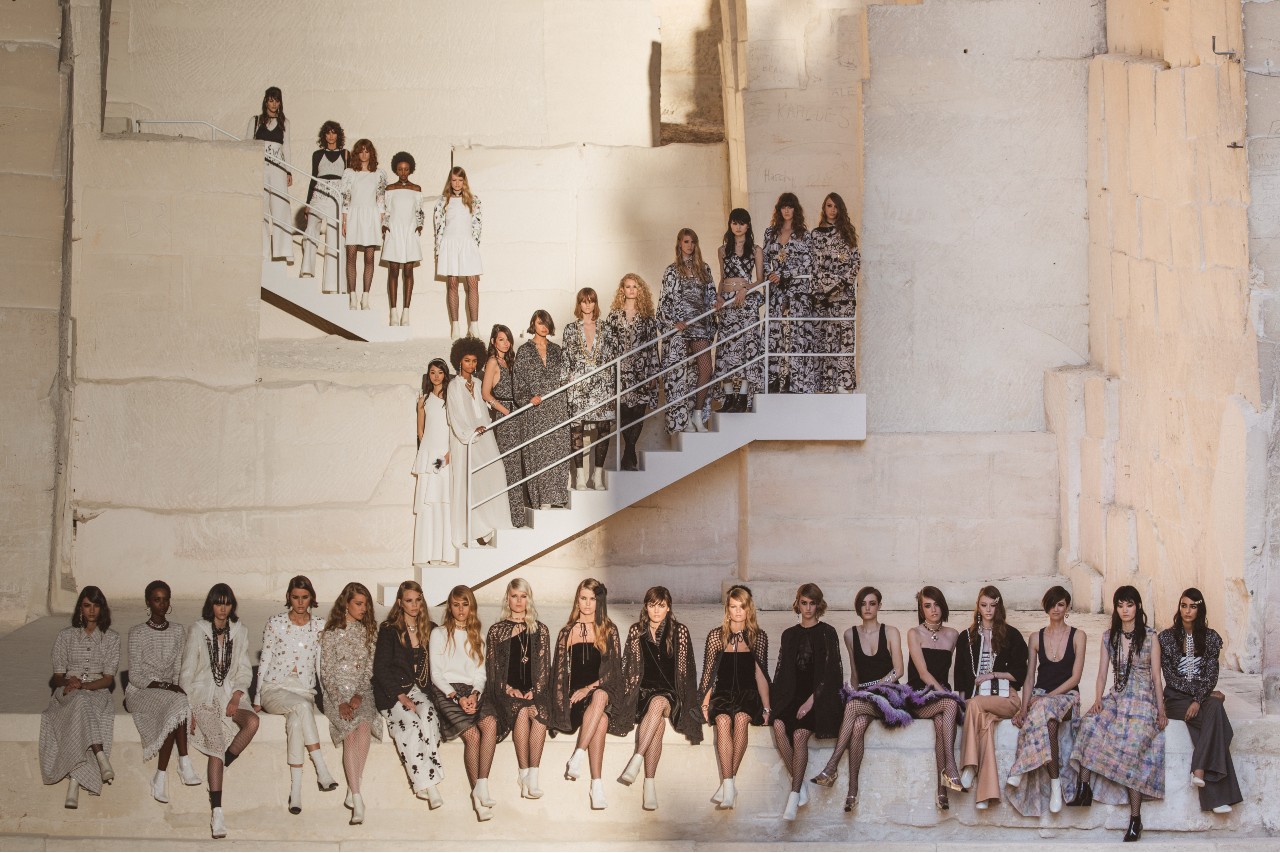 Designed by Virginie Viard, the collection was a fusion of rock chic and classic Chanel elegance.

Days before the show which took place without an audience on 4th May 2021, Chanel revealed a teaser video shot in the apartment of Gabrielle Chanel and highlighting her importance to this collection. The location was also chosen with the brand’s founder in mind. 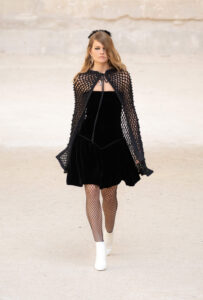 “Because Gabrielle Chanel was close to Cocteau, and I love the film Testament of Orpheus. In particular this magnificent scene: a man with a black horse’s head descends into the Carrières de Lumières, his silhouette cut out against the very white walls”. Destination: the Carrières de Lumières, in Les Baux-de-Provence, for a highly graphic show, “because the simplicity, the precision and the poetry of Cocteau’s film made me want to create a very clean collection, with a very distinct two-tone, made up of bright white and deep black”. Explains Viard.

The location was the perfect setting for the almost-all monochrome collection. Elegant black and white looks with just a touch of colour stood out against the clean background of the mesmerising location. 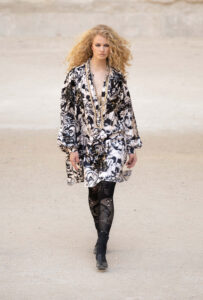 There was a clear edge to the pieces with a rock-chic mood throughout. “Echoing the extreme modernity of Cocteau’s film, I wanted something quite rock. Lots of fringes, in leather, beads and sequins, t-shirts bearing the face of the model Lola Nicon like a rock star, worn with tweed suits trimmed with wide braids, and pointed silver Mary-Janes. A look that recalls as much the modernity of the sixties as that of punk…”. Viard explained. 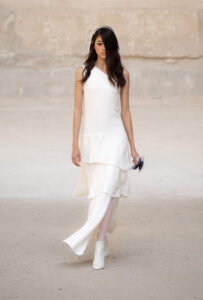 This collection was always about the vision of Coco Chanel – from the choice of location to the materials to the elegance with an edge. 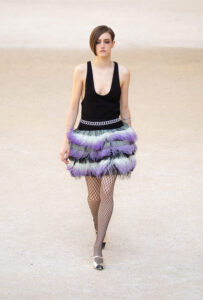 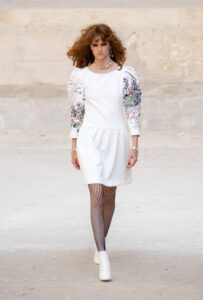 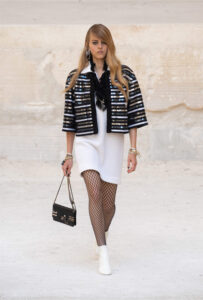 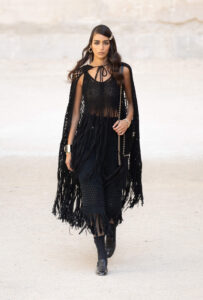 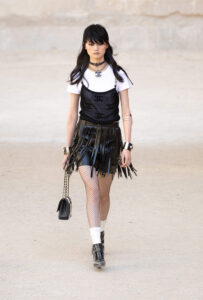 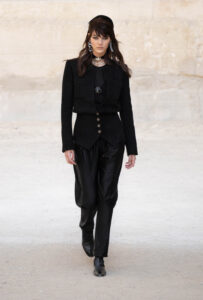 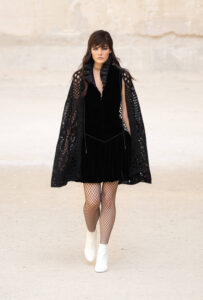 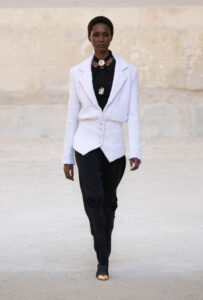 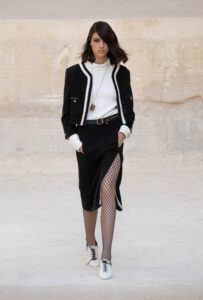 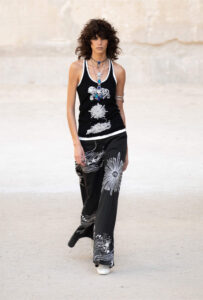 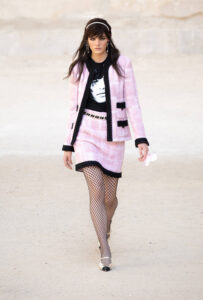 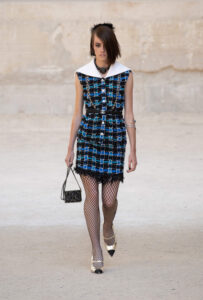 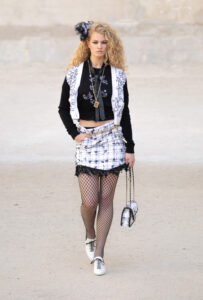 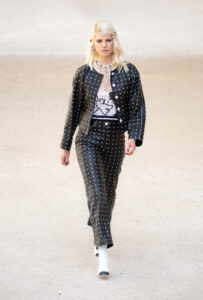 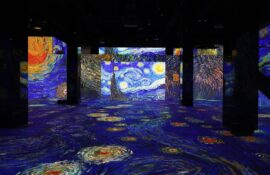 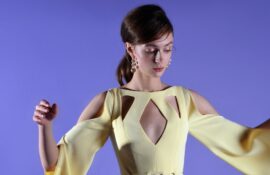