Kim Jones’ debut at Fendi has been much talked about in the months since his appointment as Artistic Director of Womenswear Collections in September and the expectations were high. 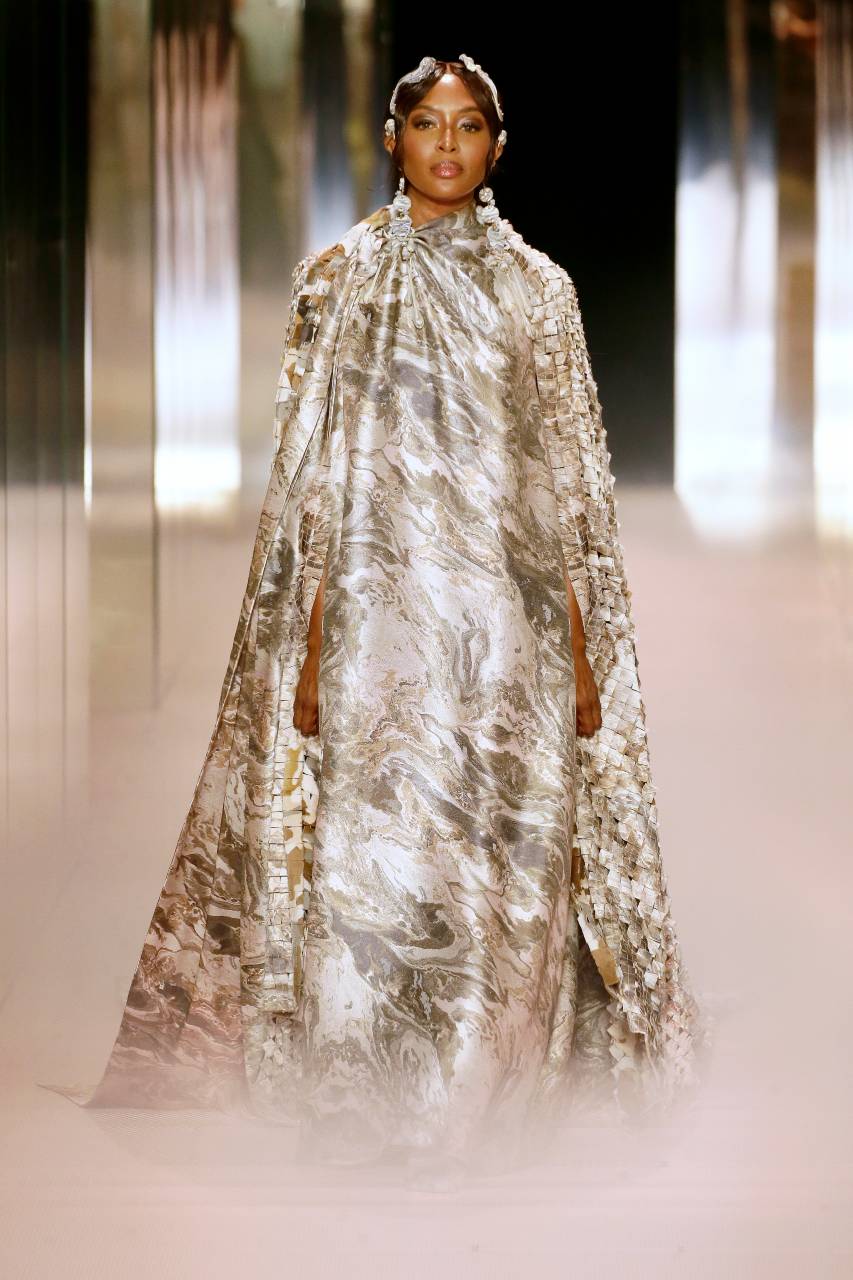 The British designed pulled out all the stops to put on an impressive virtual show to present the Spring/Summer 21 Haute Couture collection from the Roman brand. 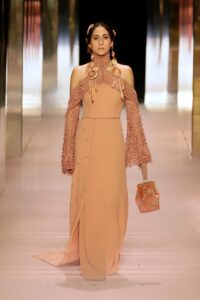 This was a very personal collection for the designer. Focused around family, he looked to a historical family for inspiration but also brought it through to the modern-day with the real-life Fendi family as well as his own “fashion family” in the form of long-time friends including Naomi Campbell and Kate Moss. 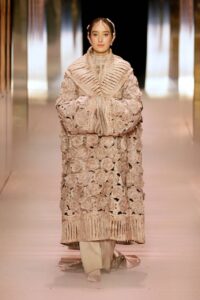 Charleston Farmhouse, a 16th-century British country retreat of the Bloomsbury set, located close to where Jones spent much of his childhood was a source of inspiration to the designer. The Bloomsbury set were a group of creatives whose work deeply influenced many aspects including literature economics, art and encouraged modern attitudes to feminism, sexuality and much more. Growing up so close to this retreat, Jones was fascinated by the lives and believes of the Set most notably author Virginia Woolf and her book “Orlando”. 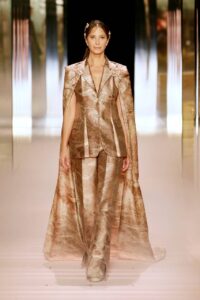 “Vain trifles as they seem, clothes have, they say, more important offices than to merely keep us warm. They change our view of the world and the world’s view of us.” Said Woolf. A quote that inspired this debut collection alongside the eternal language of Italian sculpture and Fendi’s foundational codes. 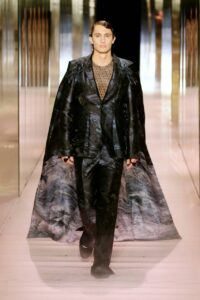 The collection featured looks for both men and women where femininity and masculinity appear as fluid choices. Motifs discovered at the Charleston farmhouse are revived and reconceptualised through ornately beaded boots and hand-painted heels and the Vanessa Bell and Duncan Grant (Bloomsbury Set members) frescoes which decorated with walls were adapted into embroidered embellishments on gowns. “I like how this family of people – and particularly these two pioneering sisters – moved things forward,” notes Jones. “I admire the way that they lived their lives, the freedom that they created for themselves and the art that they left behind for the world.” 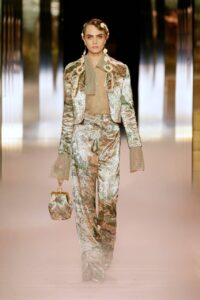 The hand-painted marble-bound books published by Virginia and Leonard Woolf for Hogarth Press are mirrored on drapery and flowing materials of dresses and capes. Visible in woven jacquards and on silken gowns; through intarsia furs and hand-beaded tailoring, marbles become a key component in the collection’s visual language. 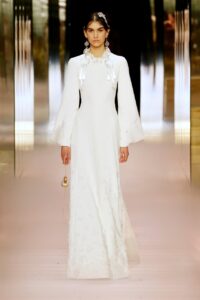 Déshabillé draped dresses are hand-embroidered with wildflowers, and swirling swags of fabric are affixed by blooming rosettes – another nod to the aesthetics of the Charleston Farmhouse.

The velvet ribbons of a vintage bag are transposed onto a new design; Karligraphy monograms taken from Lagerfeld’s final collection beaded onto boots – a nod to the history of Fendi and the legacy of Karl. 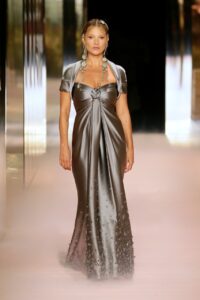 “Fendi represents artisanal quality of the highest order, and it is all about family,” Said Jones. This is something that was reflected through the model casting. It’s true to say Jones called upon his own “fashion family” to make this a show to remember. 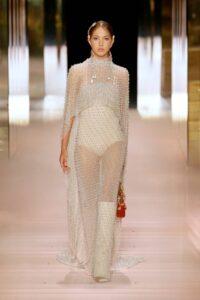 With family in mind, Kate Moss and her daughter Lila Moss both walked in the show, as well as original supermodel Christy Turlington who was joined on the runway by her nephew James and model Adwoa Aboah who’s sister Kesewa also modelled. 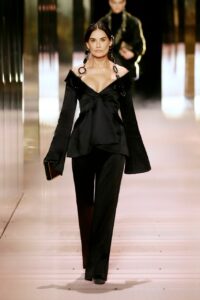 Models meandered around a giant mirrored and glass F shaped letter. The show was closed by Naomi Campbell and opened by Demi Moore with other models including Cara Delevigne, Bella Hadid and even Silvia Venturini Fendi’s two daughters Leonetta Fendi and Delfina Delettrez all coming together as one big family. 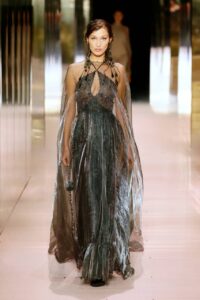 This exciting story opens a new chapter for the Italian House that leaves us wanting more.