Valentino presented its Fall/Winter 2020-21 Haute Couture collection with a live performance titled Of Grace and Light. 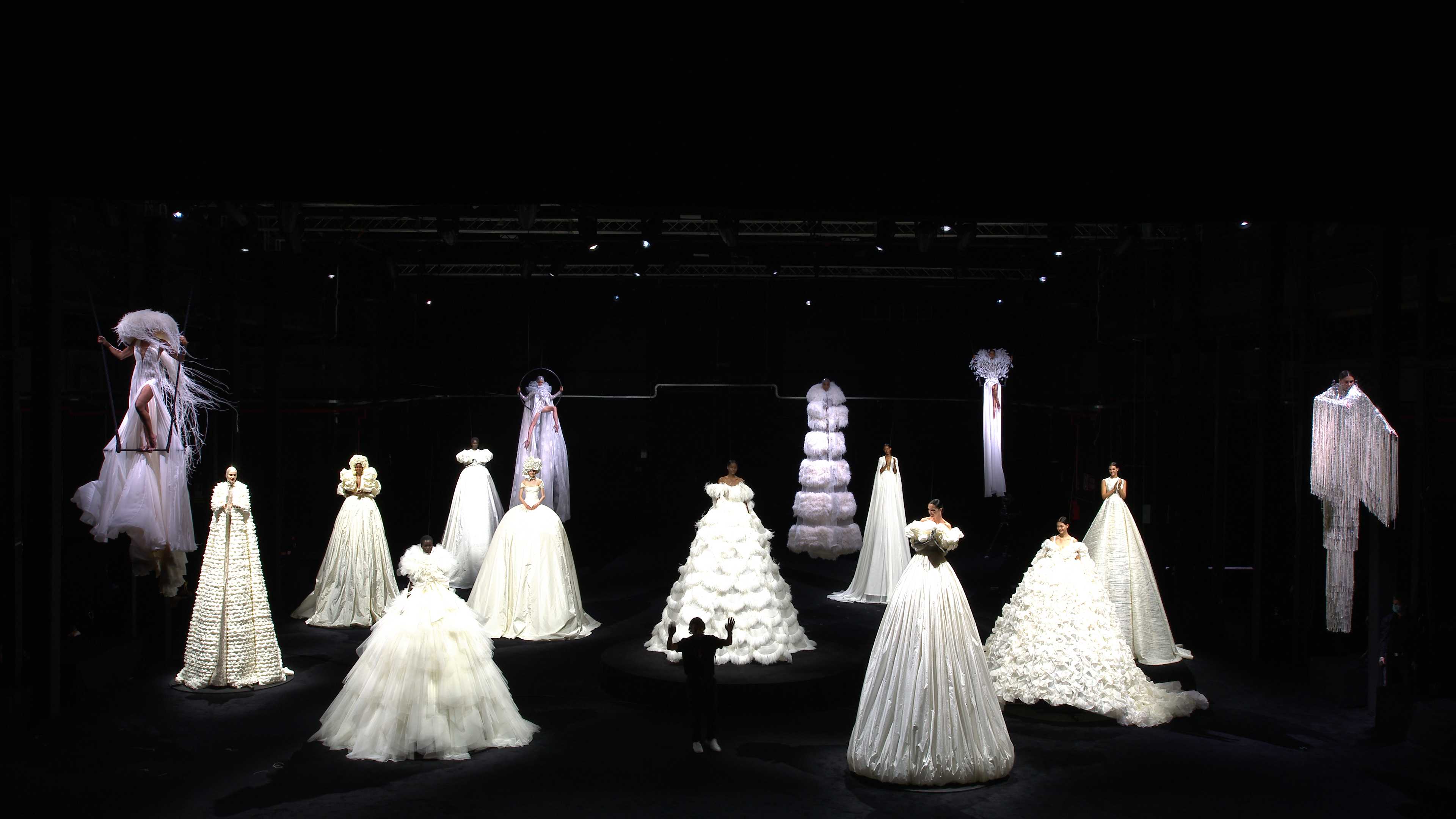 The visual performance which was broadcast live over Valentino’s digital platforms was a partnership between Valentino’s Creative Director Pierpaolo Picciolo who designed the Haute Couture pieces and photographer Nick Knight – who brought them to life through the digital presentation. 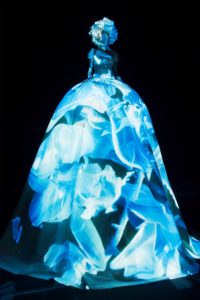 The performance allowed the audience to dream at a time when the world is feeling unsettled. Creating a dialogue between human and digital touch, the live screening saw Knight projecting digital images onto show-stopping white gowns, bringing together what’s physically there and what we can dream of. 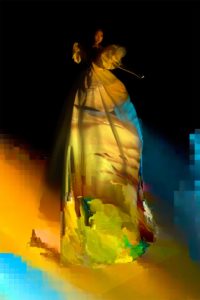 The choice of white was a poignant one from Picciolo who is recognised for his out of the ordinary Haute Couture creations. White represents a black page, a new beginning and a sense of infinite possibilities – signalling a new start after the turbulent time that the world has faced. 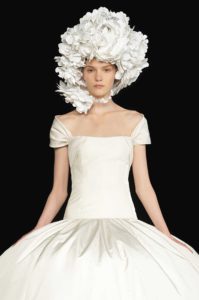 The silhouettes of these pieces were extremized in length – overexaggerated to highlight the work that went into them and also to reiterate that this is a far from normal Haute Couture season. Models stood metres about the floor like angels, floating in the most exquisitely put together pieces. 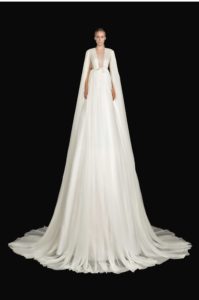 The physical details of the looks are matched with digital projections of colours, blooms and embroideries that are not actually there, made of light and immaterial matter. 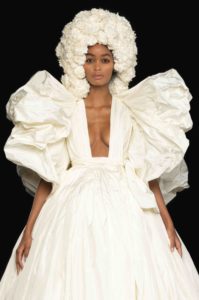 The tangible is morphed by the intangible. A dream solidifies to turn immediately back into a dream: a possible one, made real by the digital in dialogue with the human. 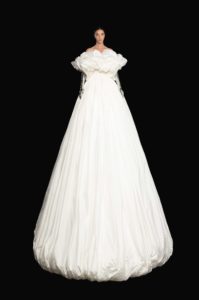 The concept of Haute Couture represents so much more, it represents a dream that can be brought to life in ways we never imagined. 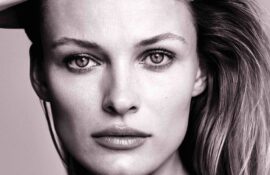