A Touch of France: Chatting the Future of Paule Ka with New Artistic Director Maxime Simoëns

As designer Maxime Simoëns is appointed Artistic Director of French fashion house Paule Ka, we discuss his plans for the future of the brand. 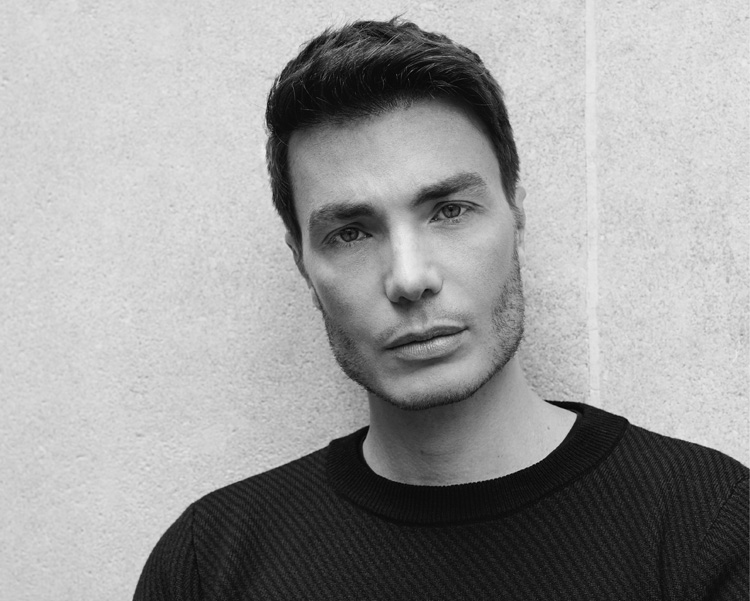 Growing up in Lille, the birthplace of Paule Ka, Maxime Simoëns was a fan of the brand from a young age. Inspired by its ability to support the diversity of women, the designer had this core value of the brand at the forefront of his mind when he took over the role of Artistic Director earlier this year.

As the French house embarks on a new chapter, Simoëns is challenged with the mission of developing and enriching the brand’s stylistic vocabulary with the help of its workshop and teams in Paris.

Paule Ka offers designs for every woman and every lifestyle which a diverse approach to cuts and styles that include something for everyone, no matter what her taste.

A graduate of École de la Chambre Syndicale de la Couture Parisienne and the École des Arts Décoratifs, Simoëns showed his first creations at the Hyères International Festival of Fashion and presented his first collection at Paris Fashion Week in 2009.

In 2015 he decided to focus purely on his menswerar line M.X Paris which he showcases every season. In 2011-2012 he also worked as Artistic Director at Léonard and, since 2017, has been at Azzaro, in charge of the ready-to-wear lines for men and women as well as the haute couture line.

As he embarks on his latest challenge at Paule Ka, we talk exclusively to Simoëns on why he decided to take on this particular role and his plans for the future of the brand.

Congratulations on the new role, what are the main goals you would like to achieve?

Thank you! It has been a new and exciting adventure, Paule Ka is a beautiful Maison with timeless archives and an image that never gets old. The challenge now is for me to bring a type of revival to the brand while remaining loyal to the clients. I want to maintain the effective relationship that the brand has created with its clients but give it a breath of fresh air.

Where do you see the brand heading over the next few years?

I think that it is very important for Paule Ka to expand its clientele, like the Millennials for instance. I’l do this by reinforcing the e-commerce and developing communication on social media while keeping the luxury image that the brand has always had.

Why did you decide to align yourself with a brand like Paule Ka?

What I like about this new challenge is that I have the opportunity to create a global wardrobe for an elegant and feminine woman and the possibility to design day looks as well as cocktail dresses and evening gowns.

For you, who is the Paule Ka woman?

The Paule Ka woman is independent and strong. She assumes her femininity. She loves fashion, but she is not a fashion addict. She appreciates French elegance and refinement above all.

What do you think women today are really looking for in fashion?

Today, there are so many propositions that every woman can find her own style and universe through the brands that match her lifestyle. We are living in a relatively free time, where the diversity of styles has never been as strong as now, and that’s thanks to social media. 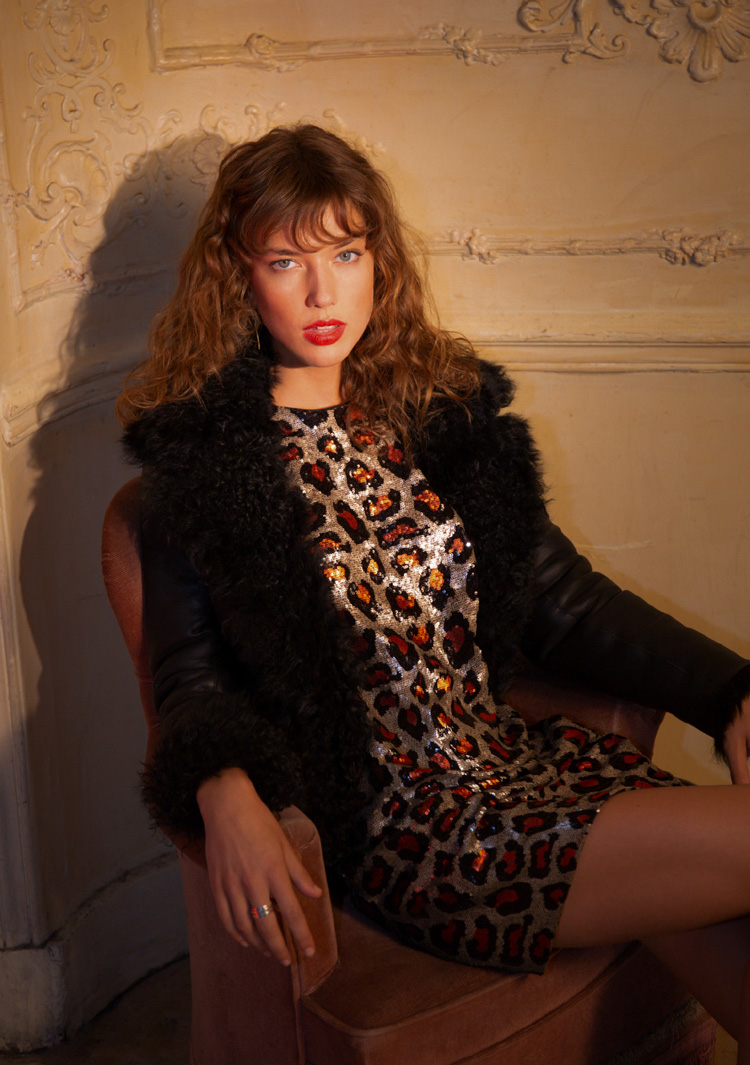 What can you tell us about the designs we are going to see from the brand going forward?

I want to preserve the style of the maison while adding my stylish touch of course! The graphism, the architecture of the clothes, the sensuality and the duality of colours will be obviously highlighted as they are our stylistic point of convergence. Also, I’ll try to bring fluidity, an embroidery game, and the french savoir-faire.

You have a lot of experience designing menswear – how does this influence you or translate when you are creating womenswear?

Men’s fashion doesn’t have the same demands as women’s does. The shapes remain relatively the same for men but the work is about the fabrics, the prints and the details. I developed and really deepened this sense of detail with my masculine brand M.X and inevitably this has an effect on my work for women.

We feel the brand has become a lot more visible in the last few years – is this something that is likely to continue?

Nowadays, visibility in terms of communication is the main vector for the introduction of new brands, but also for the durability of those already present in the market. We must communicate with fashion specialists but especially with the final customer and that communication comes through magazines but also from websites and social networks.

These new technologies and networks are having an essential impact on fashion brands these days and being left behind will inevitably condemn them.

How does social media enhance or hinder the brand?

The advantage of social media is being instantaneous and having a relatively immediate impact on the buying decision process. But it is very important to know your target market and adapt yourself to it when using these platforms. For example, an image that speaks to a 20-year-old girl won’t be the same image that speaks to a 35-year-old woman, because their routines, wishes, lifestyles, and personalities differ.

The purchasing power is also different, that’s the reason why it’s important to maintain Paule Ka’s image of accessible luxury that made it stand out in the fashion industry and was the origin of its success.

What can we expect to see from Paule Ka in The Middle East?

The Paule Ka woman I want to impulse is a woman of good taste that loves fashion, femininity, elegance and sophistication. I think these notions are the core of the Middle Eastern women’s style. I hope then the Maison will get more visibility in this market. 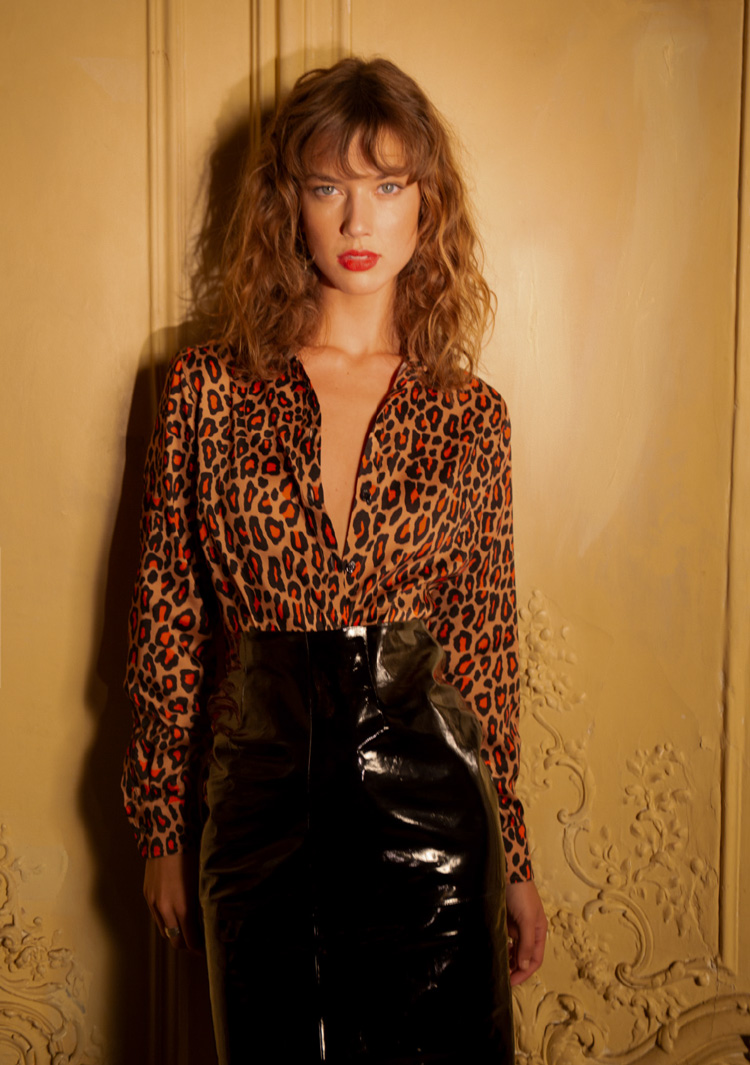 What is your opinion on celebrity endorsements for fashion brands?

Celebrities are a very important part of a brand. They allow the brand to associate the universe of an actress or singer with the values it wants to convey. Of course, it is such an honour to see many celebrities wearing Paule Ka at major industry events.

What do you think it means for the brand to be made in Paris?

Paris is the capital of fashion. The greatest craftsmanship comes from Paris. The french ateliers have an exceptional hand and Paule Ka has been part of this french culture since the house has had the chance to have an in-house workshop with about forty modelist, dressmaker and patternmakers.

How important is it to you to support and sustain traditional craftsmanship?

The French savoir-faire is a luxury. It allows a mass-market product to have attention to details, and the use of fabrics that will make it stand out from the others. It’s essential to be able to keep this culture to let the next generations appreciate the sense of scarcity.

Who in the fashion world has been your biggest influence?

I wasn’t influenced by only one designer. Jean-Paul Gaultier gave me the desire to do this job when I discovered the sketches he did for one of Madonna’s concerts. Three years later I was lucky enough to work with him. But also, all the other professional experiences influence my work.

Elie Saab and the sense of the exuberate femininity, John Galliano and his limitless creativity, then Balenciaga with the structure of clothes. I also discovered Courrèges and Cardin whose shapes strongly inspire me and I keep a great memory of all Alexander McQueen’s collections who is for me one of the fashion geniuses. 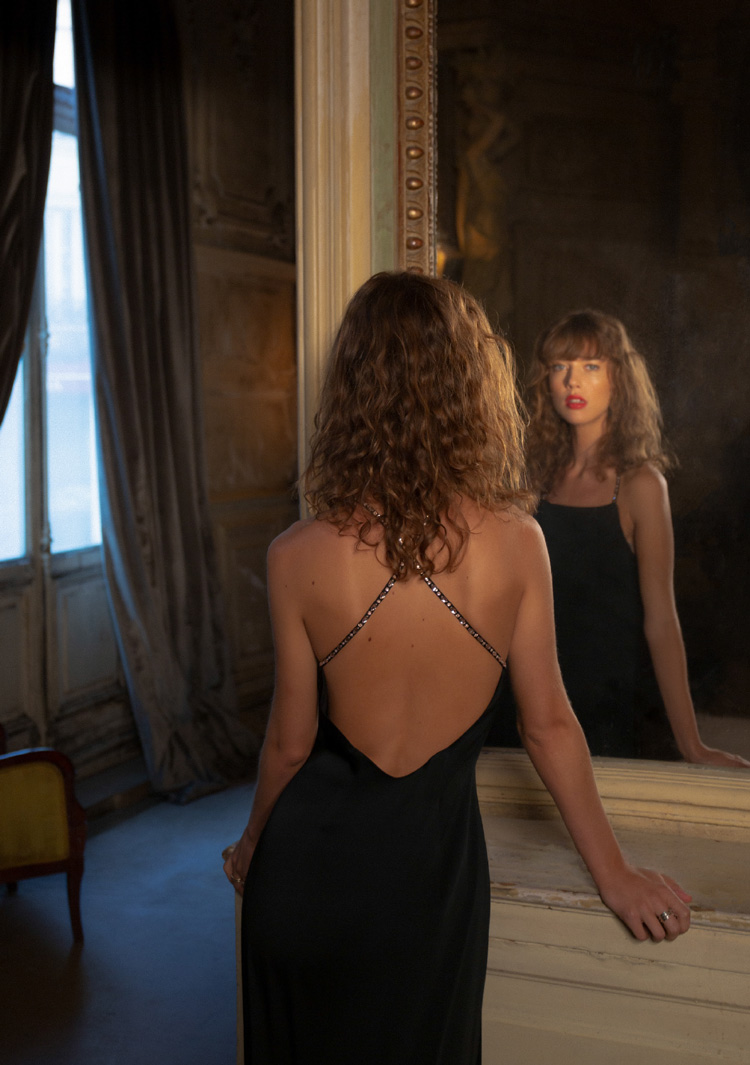 Who would you like to dress that you haven’t had the chance yet to see wearing your designs?

For me, it doesn’t matter the type of woman more about whether I am affected and inspired. Whether she is an actress, singer or politician; From Nicole Kidman to Adele to Lady Gaga or even Michelle Obama. I love talented, generous women who inspire strength and confidence.

What are the luxuries in your life?

My ultimate luxury is to be with the people I love and spend simple moments in life with them. Things like going for dinner, going for a walk in Paris or travelling, allowing myself to discover new horizons. Sharing special moments with people who are close to me is my most precious possession. 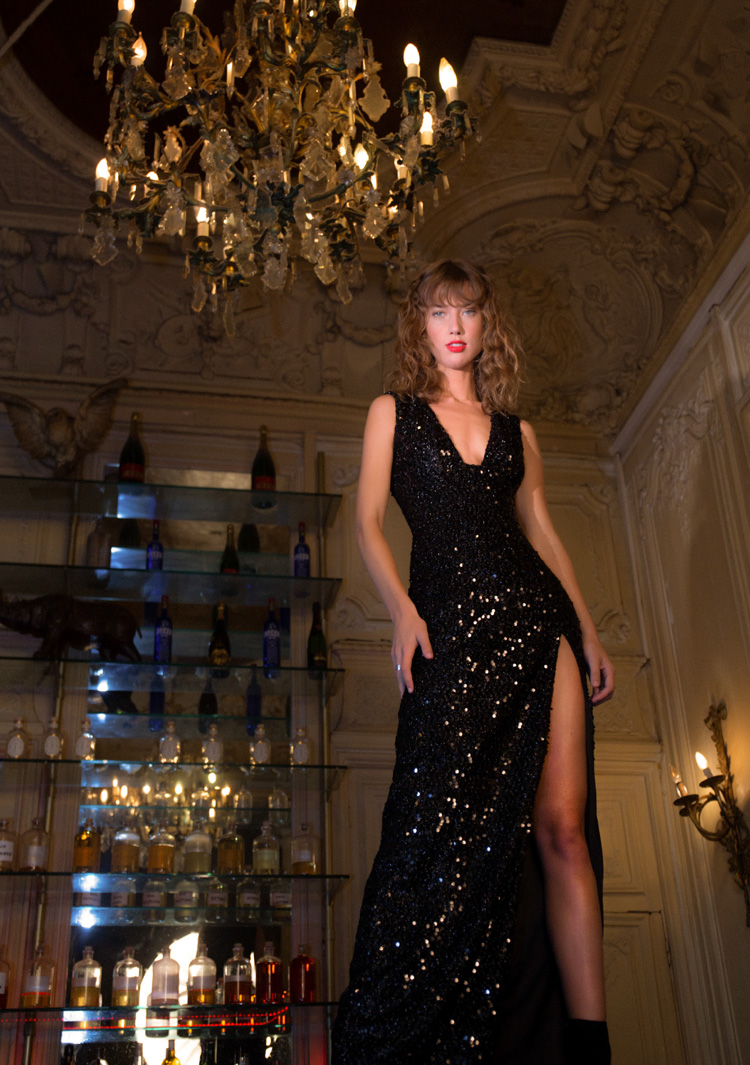 What is the professional motto you live by?

Do what you must, come what may.

And your personal motto?

What does not kill you makes you stronger!

Are you reading a book at the moment?

Yes, I am. It’s called Goddess: The Secret Lives of Marylin Monroe by Anthony Summer.

What’s your favourite city to visit?

How would you describe Paule Ka in one word? 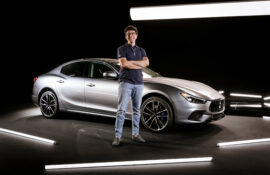 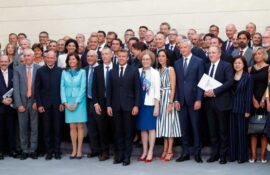