Gucci showcased its latest collection designed by Alessandro Michele with an impressive runway show on the Hollywood Boulevard Walk of Fame. 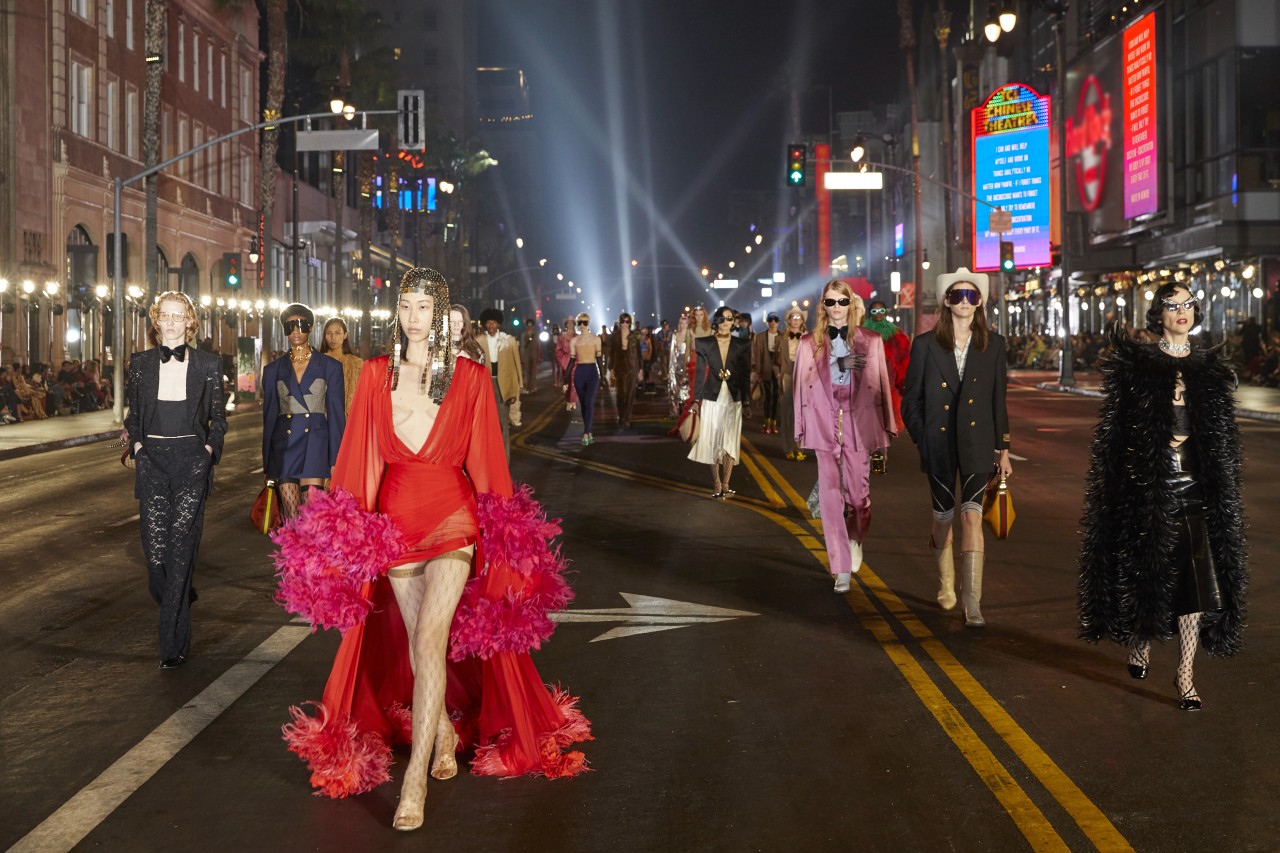 The Love Parade collection was a tribute to Hollywood and saw many of Hollywood’s finest turn out to join the celebrations. 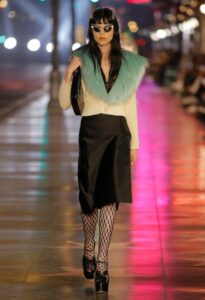 In the show notes the designed described his memories of his mother working in the film industry and the stories she told him of the incredible outfits she used to see.

“There was the alabaster paleness of Marilyn Monroe and her diaphanous voice. There were the black satin gloves of Rita Hayworth and Veronica Lake’s velvet hair, as well as the bewitching allure of Rock Hudson and Kim Novak’s dizzying transformative power. Everything felt like a fairy tale.” He said. 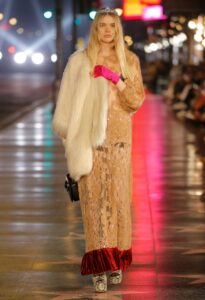 He spoke of how he dreamed of Hollywood as a young boy living on the outskirts of Rome and he wats to celebrate this dream in the best way possible; on the iconic Hollywood Boulevard.

Not surprisingly, the Love Parade collection offered all the glitz and glamour you would expect from a Hollywood inspired collection. 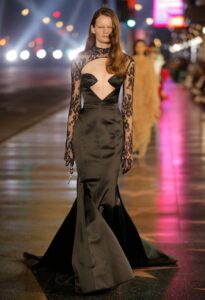 Lace detail dresses and ruffles gowns looked as though they had been taken straight from the Oscars red carpet.

While the classic Gucci suit, inspired by the brand’s Tom Ford era, made a return for both men and women in various colours and fabrics. 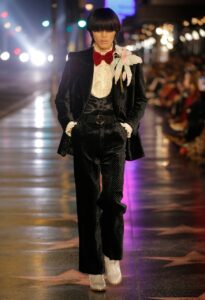 There were accentuated shoulders, bold layering, unexpected materials and clashing prints – as if they had been taken straight from an Old Hollywood movie. 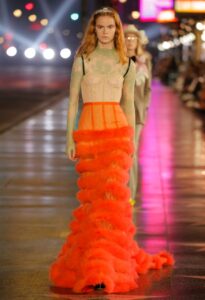 The 115 look collection captured the timelessness of classic Hollywood and gave us all that moment of nostalgia we need. 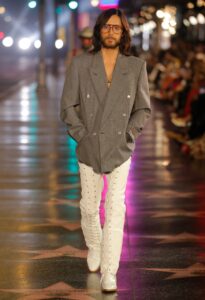 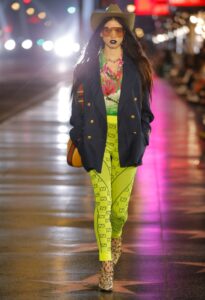 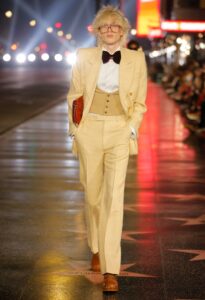 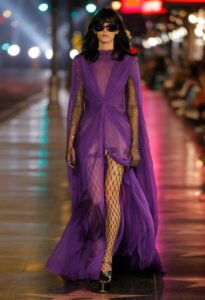 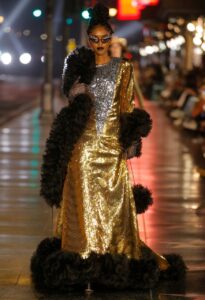 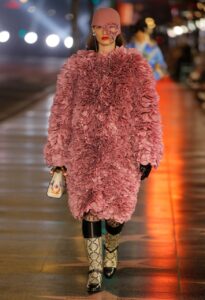 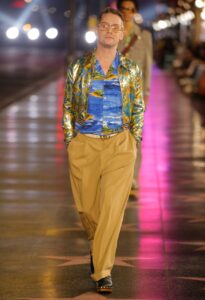 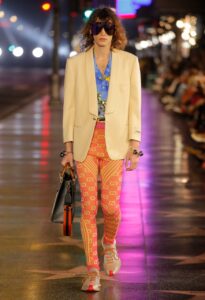 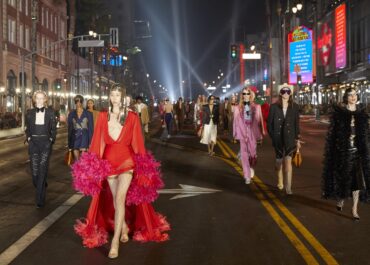 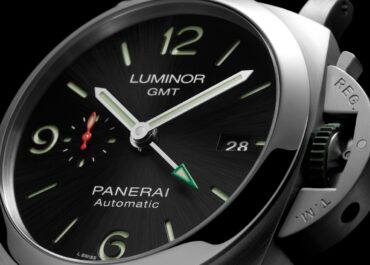 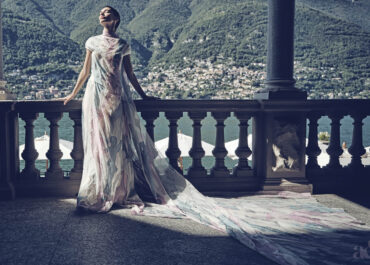 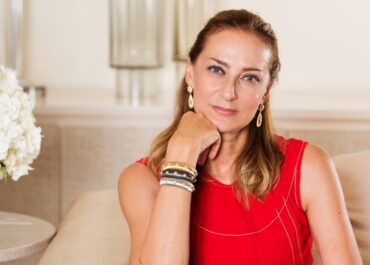 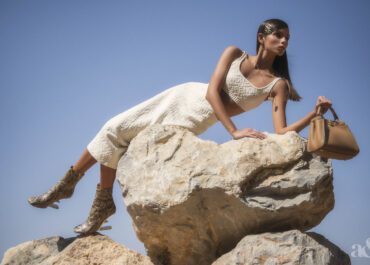 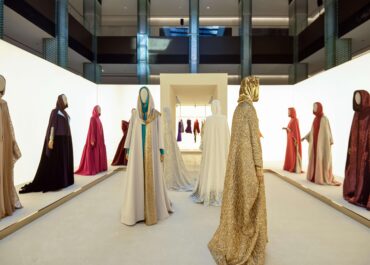 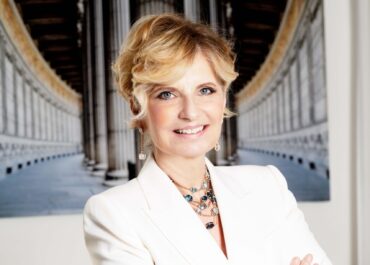 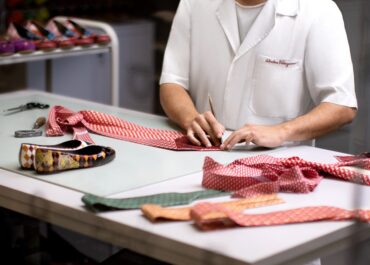 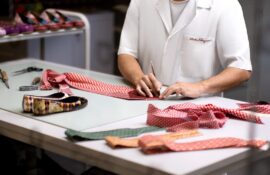 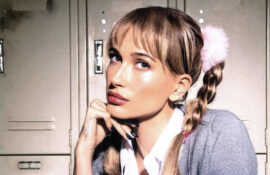