On October 26th, fashion legend Giorgio Armani and his team presented “One Night Only” in Dubai yesterday evening with a spectacular show to celebrate ten years since the opening of the Armani hotels in Milan and Dubai. 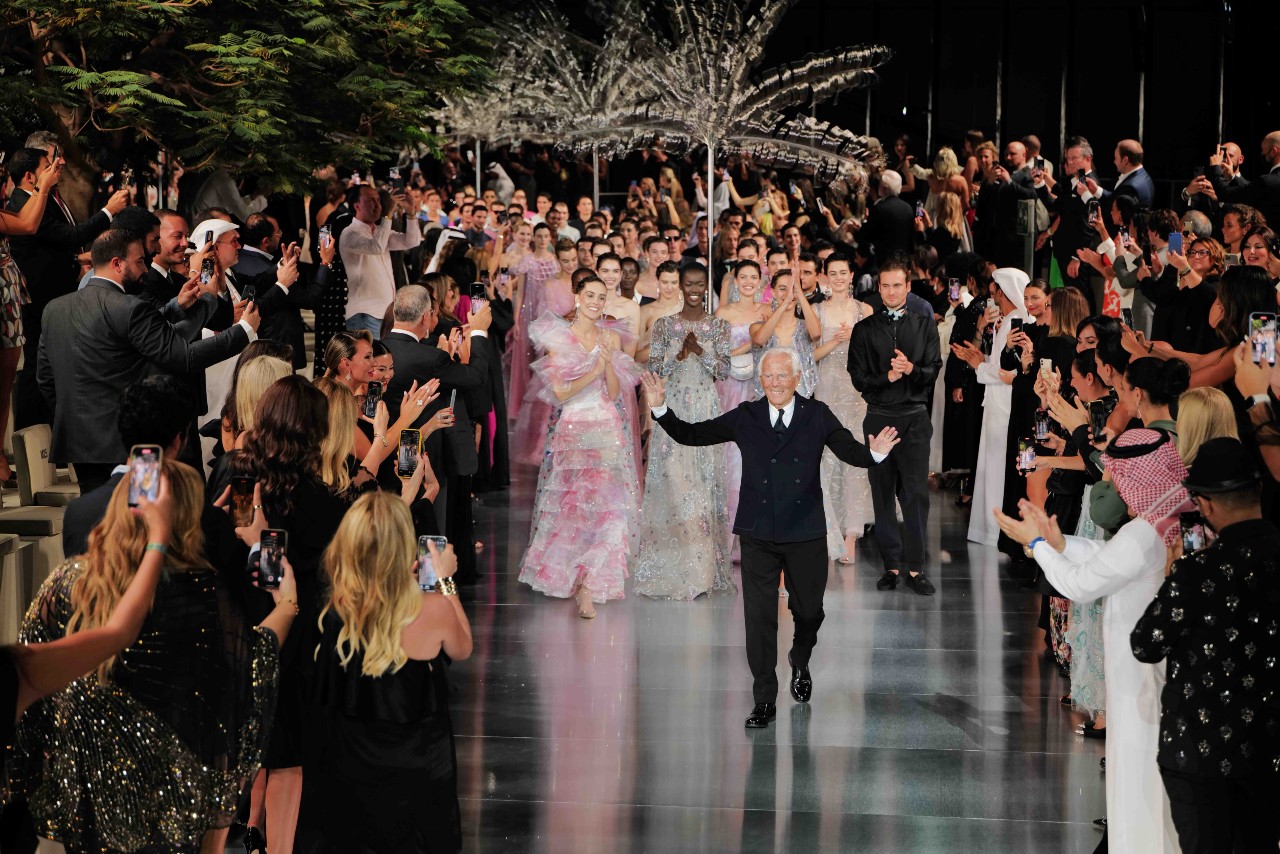 Held in conjunction with Expo 2020 Dubai the impressive event which was held at Armani Hotel, Dubai in a stunning location featured a runway show as well as an intimate performance by Coldplay frontman Chris Martin. 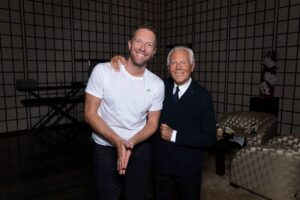 The show, was presented on a mirrored catwalk with the striking backdrop of the Burj Khalifa, the World’s Tallest Building, on one side, and the Dubai Fountain on the other. It featured men’s and women’s looks from the Giorgio Armani Spring/Summer 2022 collection, as well as a selection of Armani Privé Haute Couture looks from the Fall/Winter 2021/22 Shine collection. 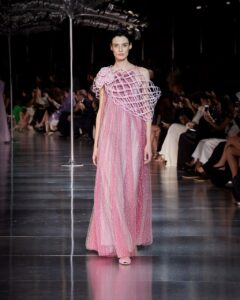 This is the first time the Italian fashion house has presented a show of this scale. 110 looks for men and women were worn by 90 models who were flown into the UAE especially for the occasion. The show concluded with Mr Giorgio Armani himself leading the crowd of models down the runway as he was greeted by a standing ovation from the audience, many of whom were brought to tears. 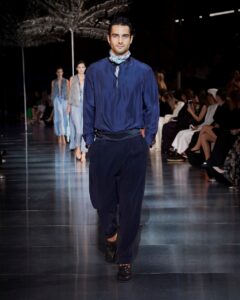 The event was attended by celebrities, VIP guests and personalities who had flown in from around the world to be here in Dubai for this once-in-a-lifetime show. Celebrities in attendance included Sharon Stone, Lily James, Clive Owen, French actress Mélanie Laurent, model Taylor Hill, actress Madelyn Cline, Jurnee Smollet and more. 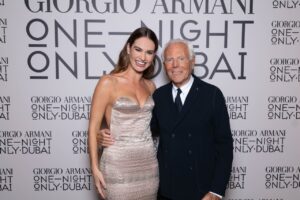 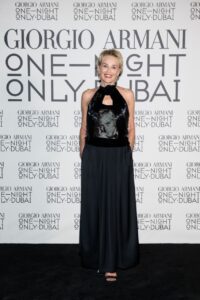 Giorgio Armani’s One Night Only concept has been conceived as a platform to bring the universe of the iconic Italian fashion house to destinations around the world. Seven cities have been visited so far: London in 2006, Tokyo in 2007, Beijing in 2012, Rome and New York in 2013, Paris in 2014 and now Dubai in 2021.

One Night Only Dubai was created to minimise the impact on the environment in accordance with ISO 20121 and the brand took all the necessary steps to avoid using single-use plastic, minimise food waste, encourage recycling of materials used in the show and use hybrid or electric cars and LED lighting. Suppliers were also required to comply with specific social and environmental clauses. The Armani Group supported nature-based solutions projects to offset the event-related residual GHG’s emissions and will commit to continuing to reduce its environmental impact.