Pierpaolo Piccioli was inspired by the theatre for his Fall/Winter 2021 collection for Valentino. 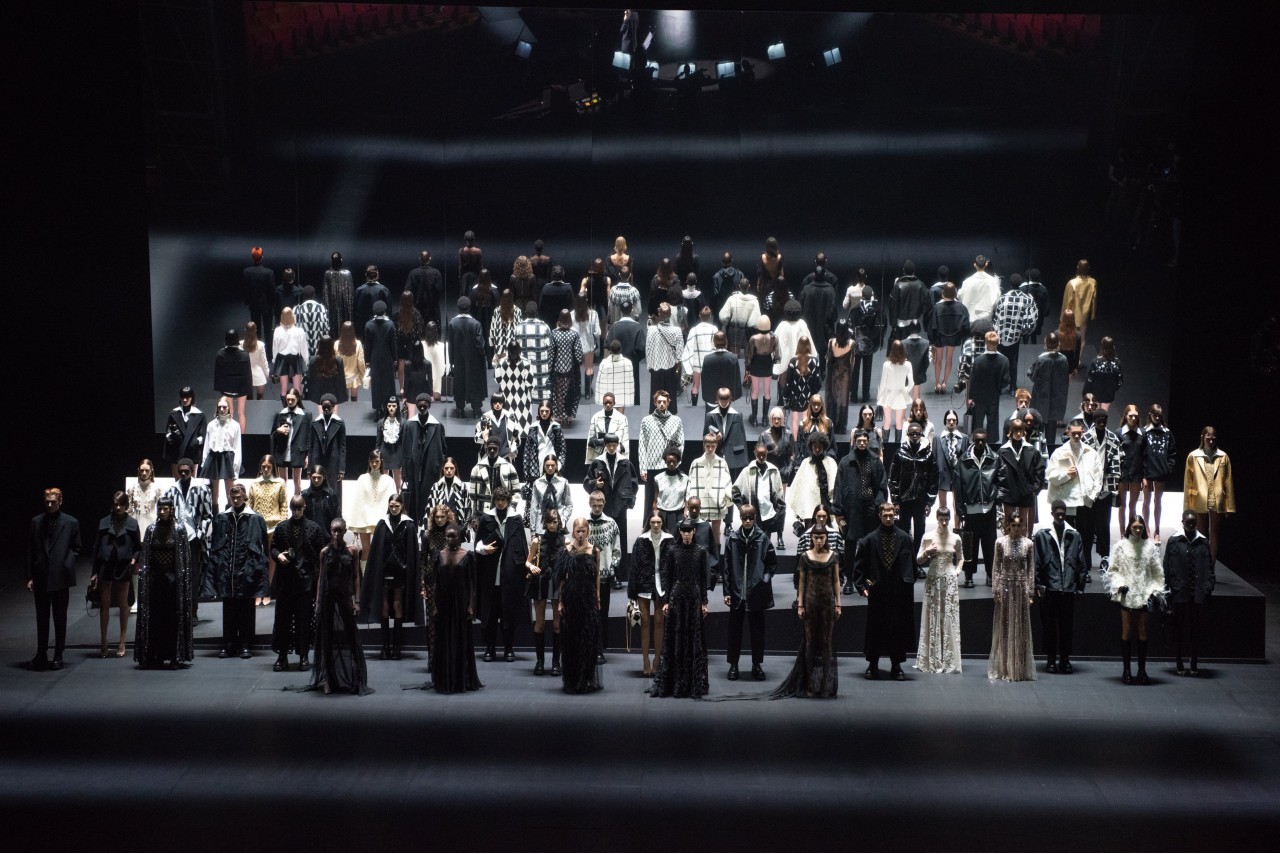 Titled “Act Collection” the Roman House took over the symbolic Piccolo Teatro di Milano for a sombre but beautiful presentation within the iconic building which is currently still closed to the public as a result of the COVID-19 crisis. 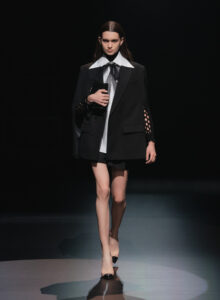 Models meandered around the spectacular location to the sound of British artist Cosima, who performed live a magical soundtrack that truly captured the mood of today. 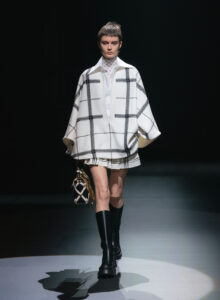 Dressed almost entirely in black and white, with just a hint of gold, models were both graceful and edgy representing a new generation of fashion. 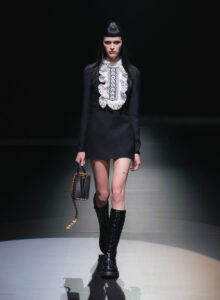 Hemlines were shorter than ever and a new “punk nostalgia” mood was off-set by the placement of studs; a classic motif for the house, including on the Valentino Garavani Rockstud bags and on the toes of pumps. 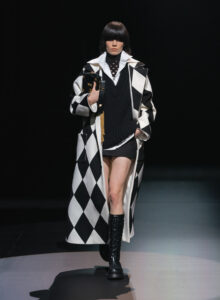 This collection was cool, collected and simple yet multi-faceted. The short silhouettes paired with very high heels represented feminism and the right to express ourselves. Men’s looks were too shortened with trousers cut above the ankle. 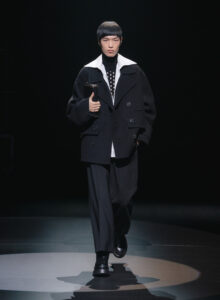 Piccioli also explored the relationship between men’s and women’s fashion and the simple colour palette reflected this, as well as the choice of geometric checks, animal prints and polka dots. 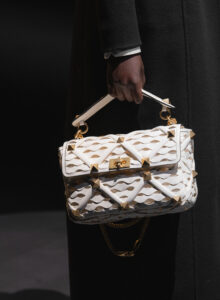 The idea of showing the body by uncovering or veiling parts of it, overlapping nets, lace, and intensely worked surfaces that reveal instead of hiding, is sensual. 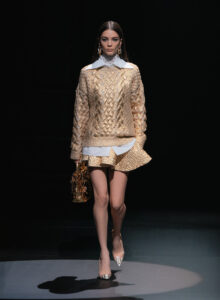 This notion of sensuality is something that stayed in the forefront of the designer’s mind when creating this collection. An awareness of the body that does not deny romanticism but radicalizes it in a libertarian instant.