Modest Fashion Week 2019 Is Set For Dubai This March

Dubai will be the first city to date to hold a second annual edition of Modest Fashion Week. 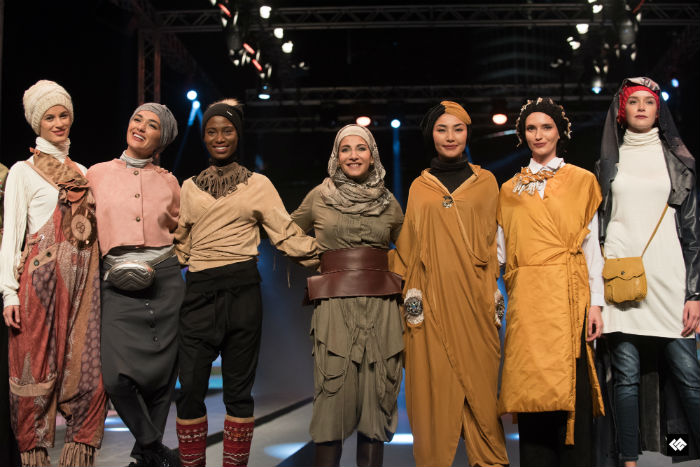 Because from March 7-9 2019, Modest Fashion Week will take place right here in Dubai.

Three days of runway shows will occur at the miX Alain Ducasse restaurant located within the Emerald Palace Kempinski.

Despite still being in its infancy having launched in March 2016, the event is already being hailed as the global platform for modest fashion. To date, shows have run in cities such as London, Jakarta, Istanbul, and New York.

But Dubai will be the first to hold the second edition of the show, nodding to its particular appeal to the region.

The three-day event will bring together over 100 designers from 20 countries, bringing together a shared passion and bridging gaps in the cultures.

As well as the UAE, designers from Austria and Australia to Indonesia and The Netherlands will display their work.

While the concept of dressing in a non-revealing manner is not necessarily new (both globally and within this region), coining it in such a way and bringing together brands, ideas and trends from across the world on such a scale certainly is.

The scale of the event is even more impressive considering it was masterminded by just two women, founders Ozlem Sahin and Franka Soeria – watch our upcoming Morning Coffee conversion with the fashion entrepreneurs.

Franka said: “We never imagined that we will reach this amazing milestone’.

And added: “Modest Fashion Week was started as a concept, a labour of love. With non-stop effort, infinite energy and by channelling a wealth of collaborative spirit, we have transformed it into a recognised global movement.’

Media members, designers, buyers, influencers and general visitors are invited to register to attend, and guests can shop the modest clothing lines both on the day and online, too.

READ: How Ghizlan Guenez Is Changing The Face Of Modest Fashion