Valentino did not disappoint with a spectacular Spring/Summer 21 Haute Couture collection presented from Rome via video presentation. 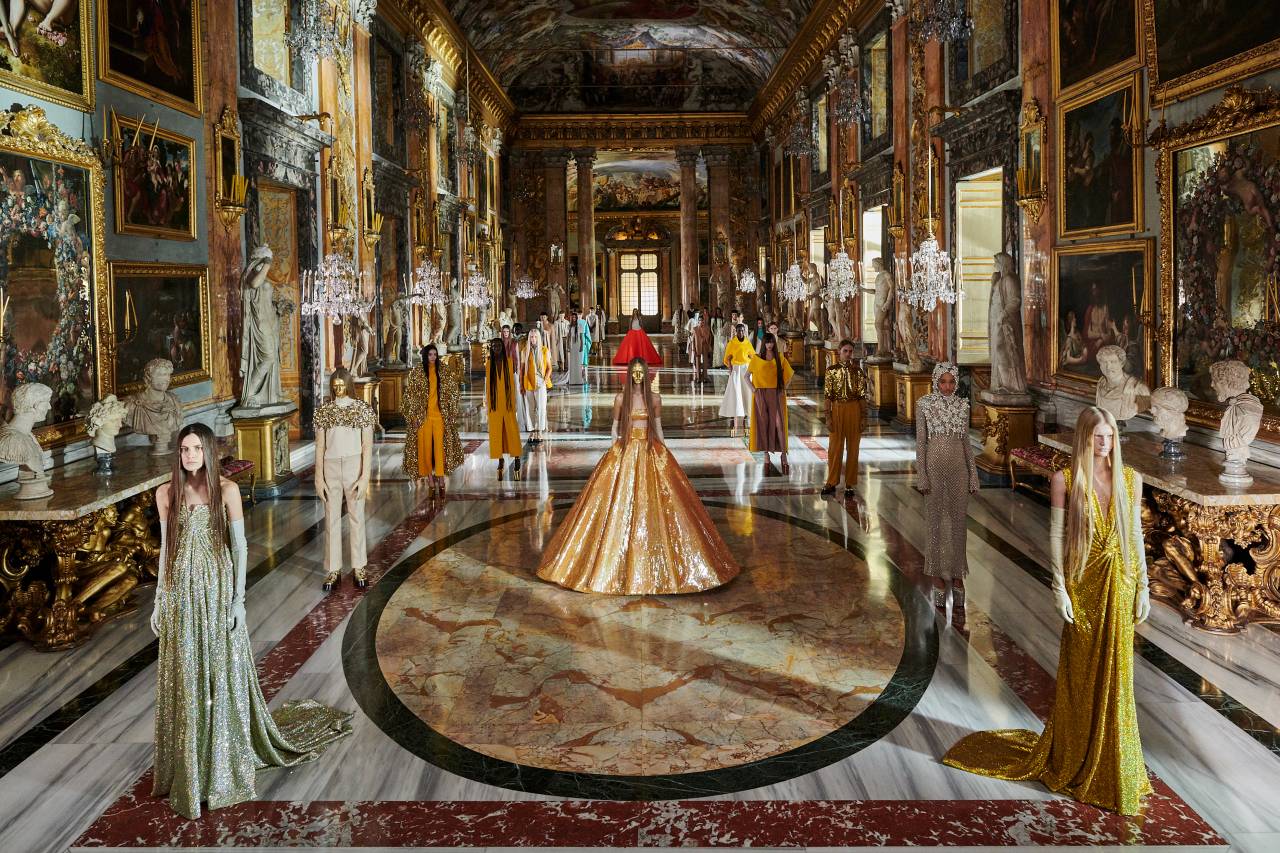 Titled “Code Temporal”, the collection, designed by Pierpaolo Piccioli celebrates the concept of Haute Couture and its ability to regenerate itself despite continuing to remain timeless. 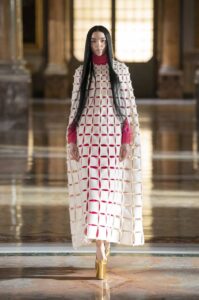 While the tradition of Haute Couture is very much embedded in the DNA of Valentino, this collection felt fresh, a new era of couture that holds tradition very much in its heart but looks to the future with pieces that are current and relevant today but very much timeless. 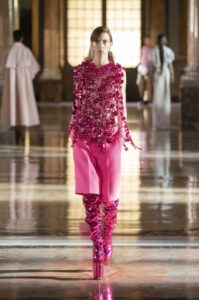 A colour pallete of muted tones with pops of vibrant colour is both welcomed and unpredictable, but what we really love about Piccioli’s latest offering is the element of sparkle. Many of the looks feature sparkling materials, oversized sequins, and crystal details that bring a futuristic element to the offering. 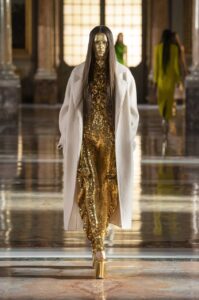 For daywear, classically tailored trenches, minimalist separates and knitwear are paired with towering metallic platform heels proving that glamour is not dead. Materials appear simple from afar, clean cuts and lean silhouettes but when up close you can truly appreciate the detailing in each of the pieces. 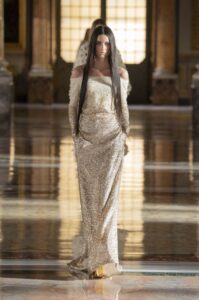 The film for this presentation was recorded in Valentino’s home of Rome. Created as a collaboration with Robert Del Naja of the British band Massive Attack who produced a sombre yet uplifting soundtrack. 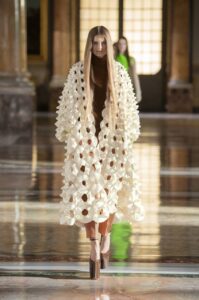 When it came to beauty extra-long straight hair was style by iconic hairstyles Guido Palau and bold full-faces of gold were created by Pat McGrath. 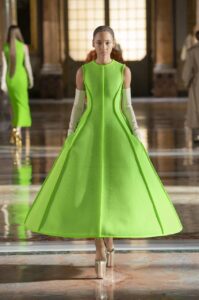 As always, Pierpaolo Piccioli showed his appreciation to his team of ateliers for all the work they have done on the collection, publicly thanking them at the end of the show. 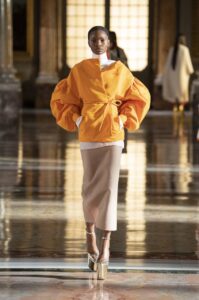 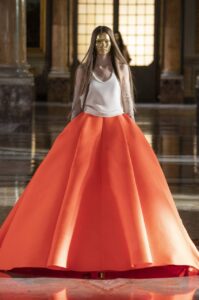 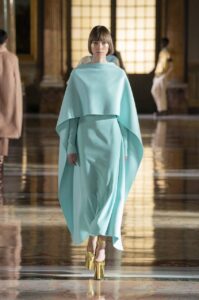 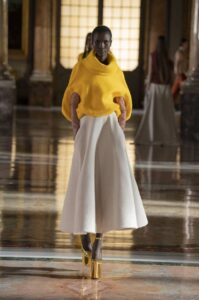 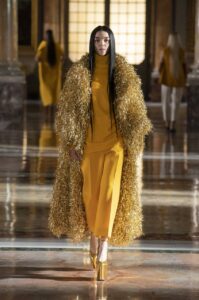 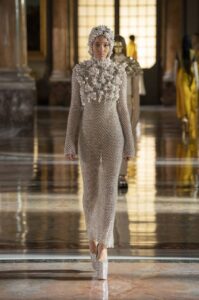 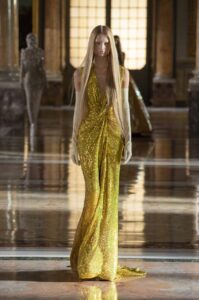