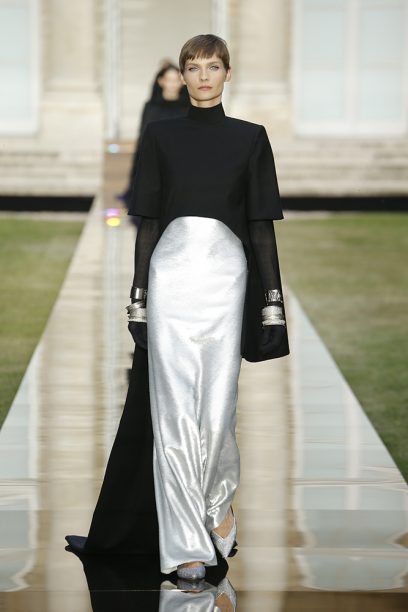 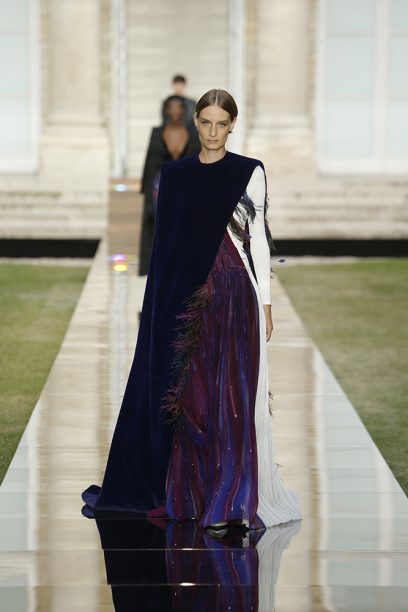 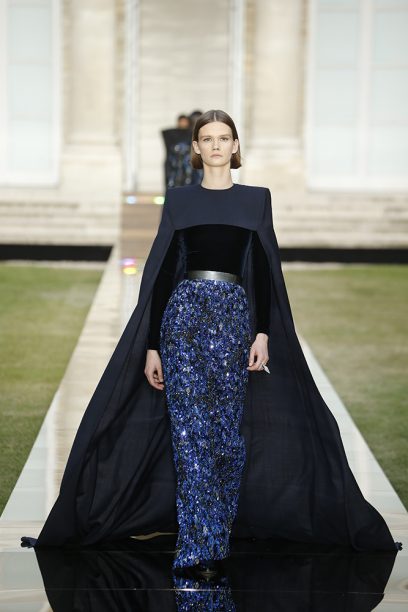 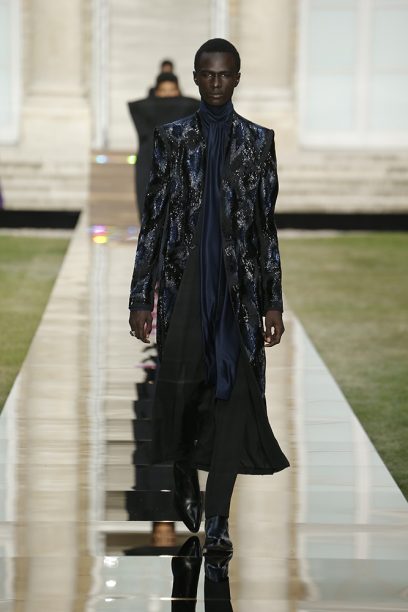 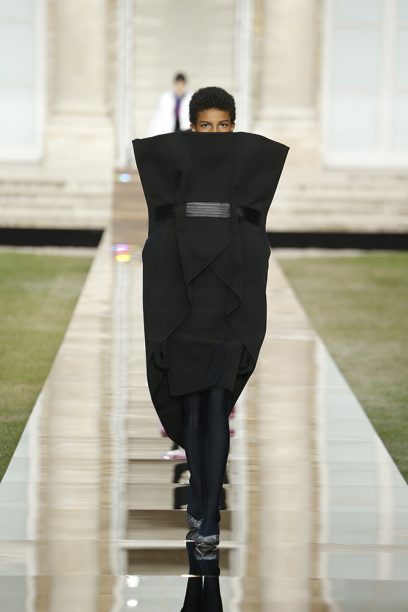 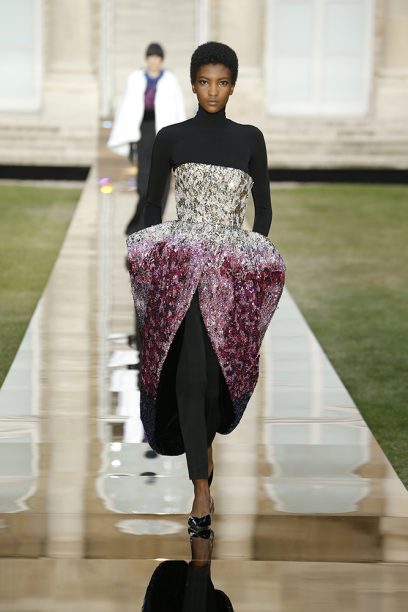 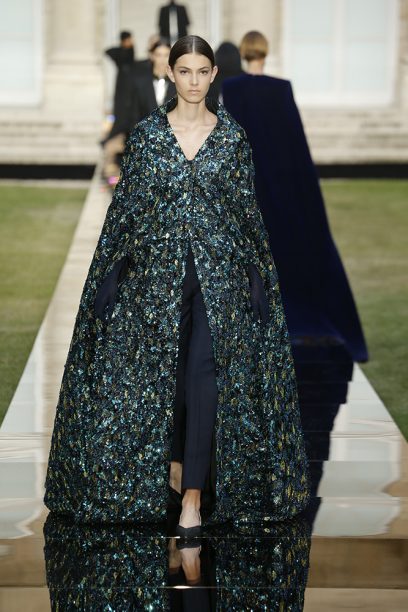 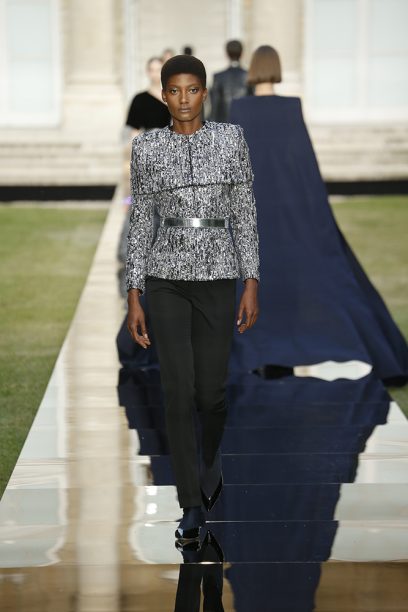 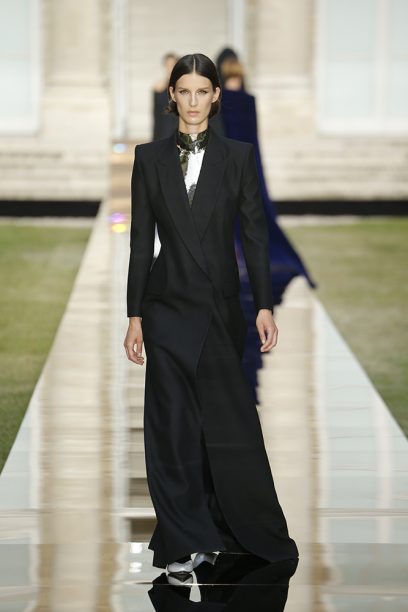 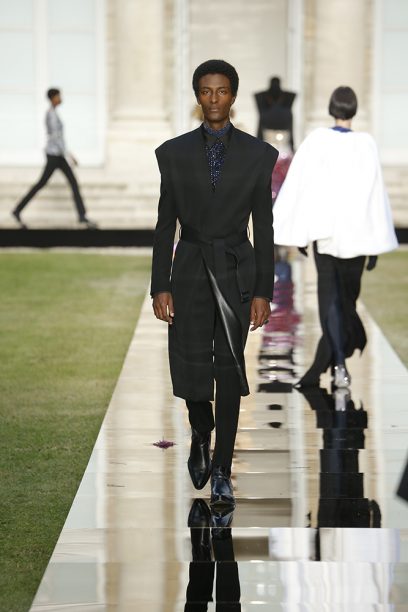 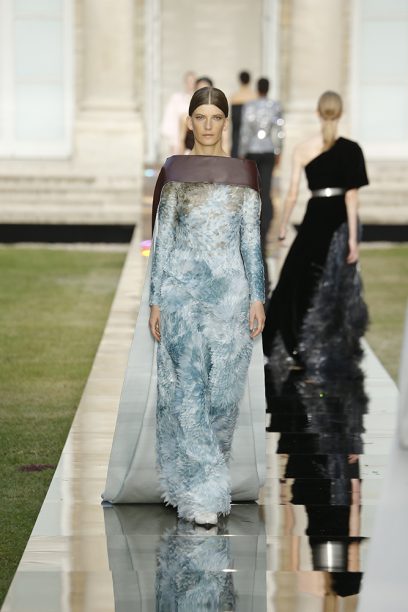 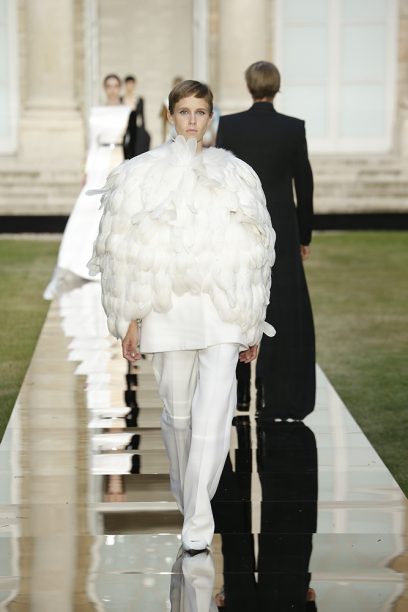 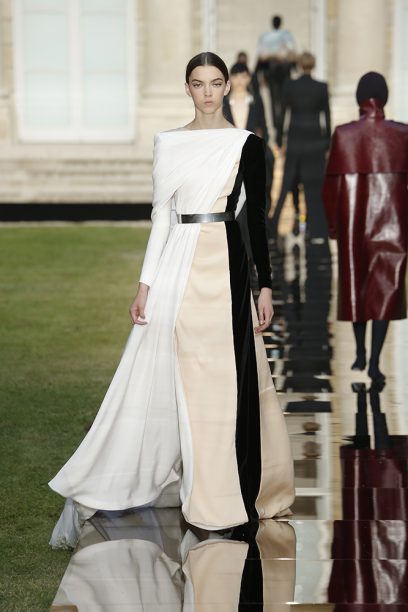 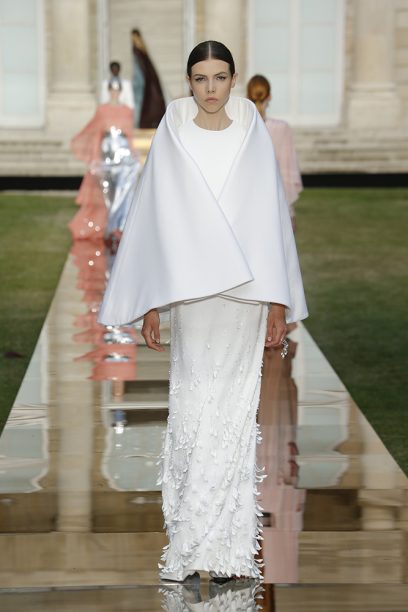 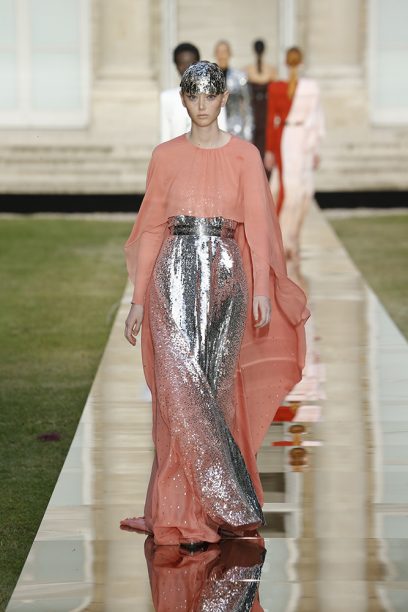 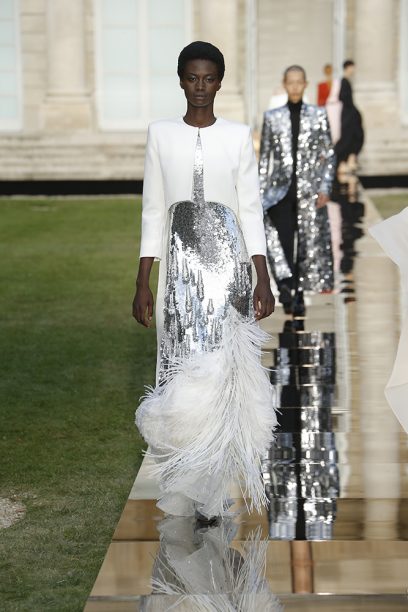 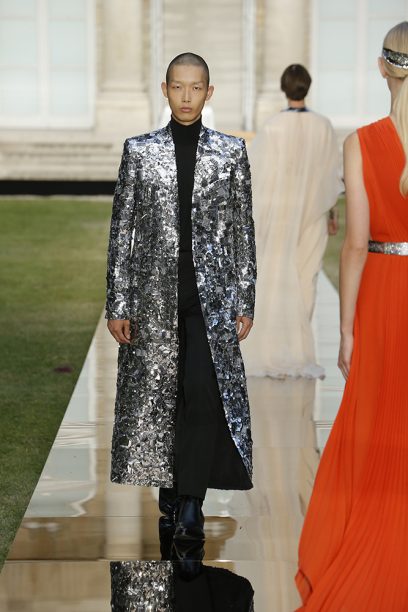 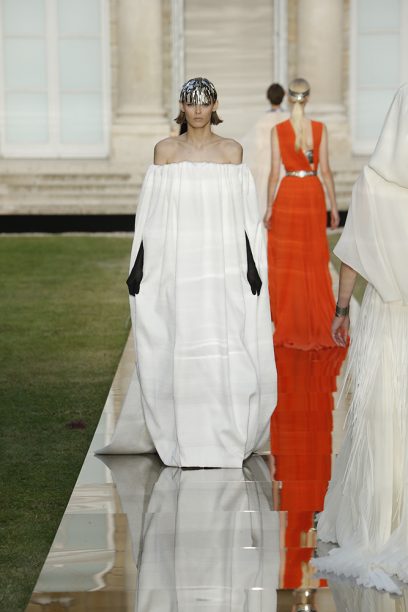 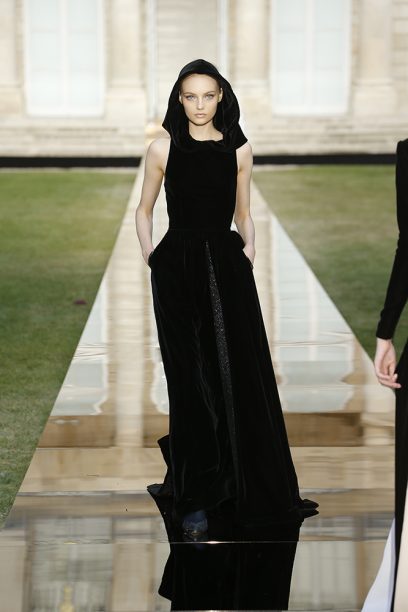 How do you pay tribute to the legacy of the late Hubert de Givenchy? It was a task that Artistic Director Clare Waight Keller seems to have taken on with deep thought as she presented her collection on the grounds of the Hôtel Caraman, the 19th-century Givenchy townhouse on Avenue George V in Paris. Not only did she reconfirm the timelessness of his creations, but the innate elegance of the man himself.

Despite the British designer still being praised as as the visionary behind Meghan Markle’s Royal Wedding dress, which also took inspiration from the Givenchy archives, her second couture show was a celebration of some of the most iconic moments in House’s history and has reconfirmed her as the right person to lead this Maison forward.

Each of the looks are named with an adjective M. de Givenchy once used to refer to his runway looks and, by extension, his loyal clients. The mood board was filled with pictures of Audrey Hepburn, whom he dressed for the film in Breakfast at Tiffany’s, and although there were nods to that era, there were no reproductions. Instead Waigh Keller added her own twist. The  Breakfast at Tiffany’s LBD came with a cross back and a hood and the jackets were sleek, futuristic and architectural.

Men’s tailoring techniques inform capes and coats, contrasting with the poise of flou in draped silk cady or georgette and crystalline shades of aquamarine, coral, verdigris, or deeper, subterranean shades of blue, purple and faux black. Mysterious, monolithic embroideries recall cave formations and slices of minerals, infusing silhouettes with frost, shine and the modern attitude that is Waight Keller’s signature.

For women, bijoux de corps crystal and metallic elements enhance duality, while supple, embroidered leather, velvet and the sheen of goose, ostrich and coq feathers are worked with the ease of faux fur, infusing looks with a mystical sensuality.

Interspersed throughout the collection, men’s looks feature chiseled shoulders, an icy elegance and silhouettes inspired by the looks that M. de Givenchy favored for himself, including a classic double-breasted jacket, a red cape, polished slim-cut suits and the turtleneck. To this lexicon, Clare Waight Keller brings her own vision of effortless elegance in a modern evening tail coat, and sharp coats with cascades of mineral or agate-inspired embroideries.

The finale was the most moving part of the show as the audience heard Hepburn sing “Moon River” on the soundtrack while the atelier members joined Waight Keller for the bow, something M. de Givenchy did himself. 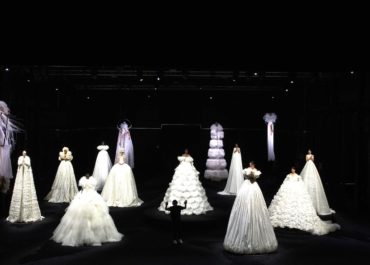