It has been confirmed that Massimo Giorgetti is leaving his position as creative director of Emilio Pucci. The Italian designer joined the luxury label in 2015, replacing Peter Dundas. 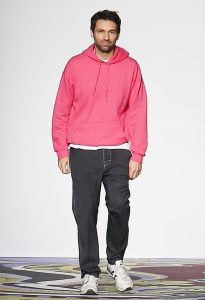 It seems the separation is mutual and amicable; Giorgetti has stated that he is leaving so he can give more time and attention to his contemporary brand, MSGM. He launched MSGM in 2009 and had continued as creative director there alongside his responsibilities at Pucci, however now he feels it is time to focus solely on the brand he created. 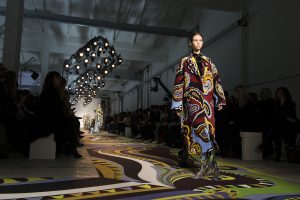 He said ‘today MSGM needs all of my attention and all of my energy. The experience with Emilio Pucci was a beautiful adventure which added much to my personal growth. I would like to thank Laudomia Pucci, the LVMH group, Mauro Grimaldi, my creative team and the whole company for supporting me throughout this inspiring journey.’

Mauro Grimaldi, Emilio Pucci’s CEO also made a statement, saying, ‘we have decided in total agreement to end the partnership. I would like to thank, personally and on behalf of the company, Massimo Giorgetti for the great professionalism shown during these two years of collaboration.’

A replacement has yet to be announced.