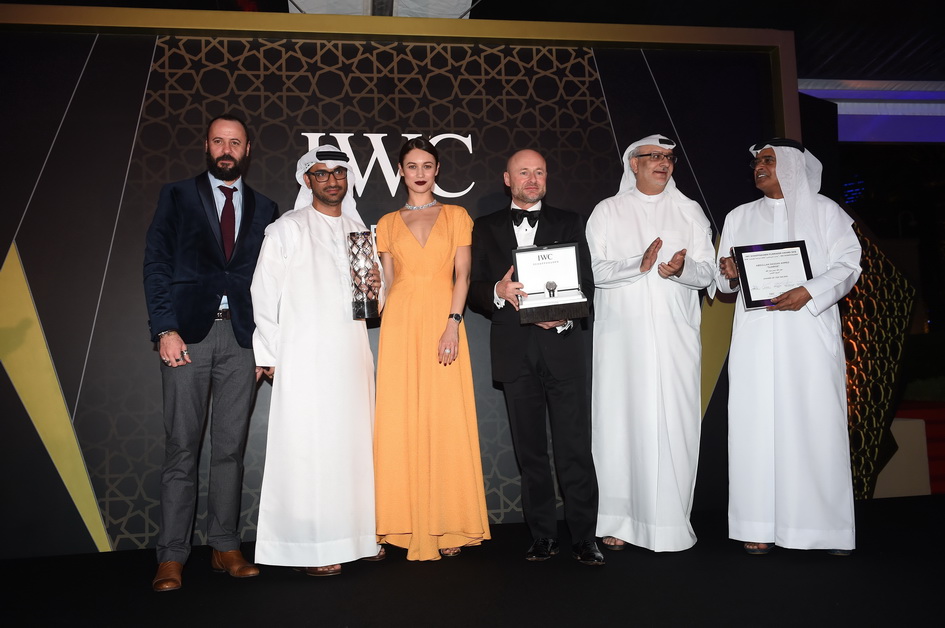 Actress Olga Kurylenko presented the fifth IWC Filmmaker Award to Abdullah Hassan Ahmed from the United Arab Emirates for his project “Sunrise” during the IWC “For The Love of Cinema” gala event at the One & Only Royal Mirage in Dubai. The winner also received a grant of USD 100,000 for his project and an exclusive Portugieser Automatic from the Swiss luxury watch manufacturer, at the 13th edition of the Dubai International Film Festival (DIFF).

This year, the film ventures were evaluated by a jury headed by American actor Ali Suliman. Other jury members included IWC Schaffhausen CEO Georges Kern, DIFF Chairman Abdul Hamid Juma, and DIFF Artistic Director Masoud Amralla Al Ali. Georges Kern said: “Every year, we receive a diversity of excellent submissions for the IWC Filmmaker Award, and this year was no different. As always, it is our pleasure to support and encourage talented filmmakers from the region in order for them to unleash their creativity and skill with their projects.”

[Left to right: Georges Kern and Olga Kurylenko on the red carpet.]

Emirati director Abdullah Hassan Ahmed returns to the Dubai International Film Festival this year after being awarded the Best Script prize at DIFF 2006. “Sunrise” tells the story of a worried father who receives tragic news about his son, who is fighting in a distant war. With a pregnant wife to take care of, he is unsure how to deliver the news without causing too much anguish. The two other projects shortlisted for the Filmmaker Award are “Salem” by Arabic director Nujoom Alghanem and “The Search for the Star Pearl” by Qatari director Hafiz Ali Ali.