THAT Concept store in Dubai’s Mall of the Emirates has partnered with Ayyam Gallery and four Arab artists to showcase unique artworks. 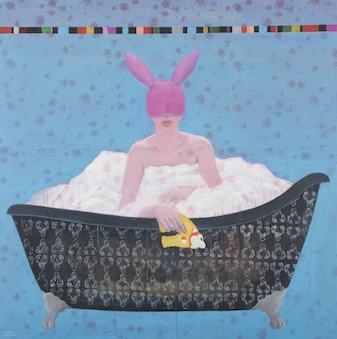 The chosen artists are all of Arab origin and have chosen unique artworks to showcase their creativity through this project.

The artists consist of Nihad Al Turk, Mouteea Murad, Oussama Diab and Mohannad Orabi and the artworks on offer feature bold and colourful interpretations of each artist’s signature style. 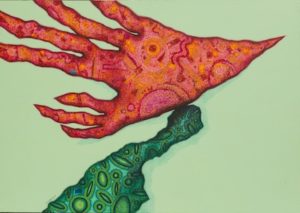 Nihad Al Turk was born in Syria and now lives and works in Beirut. A self-taught artist, he began drawing at a young age and pursued painting in his adolescence prior to launching his artistic career in Syria in the late 1990s. He has partaken in a number of regional and international exhibitions. His artworks are deeply psychological compositions and can be read as allegorical self-portraits. He explores the themes of the endurance of a man amidst the power struggles of good and evil through his works. He regularly uses imperfect creatures such as mythical demons in his works. 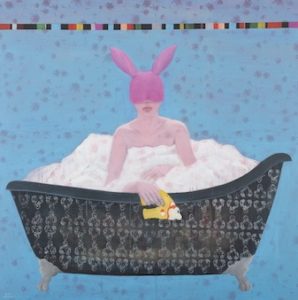 Oussama Diab, who lives and works in Beirut, applies a conceptual approach to painting by exploiting the stylistic variants of the medium as emotive prompts in order to explore how form can articulate the urgency of socio-political issues. Diab addresses the contradictions and obstacles of political conflict, globalization, and exile through playful symbolism, references to popular culture, iconic imagery, and narrative structures. 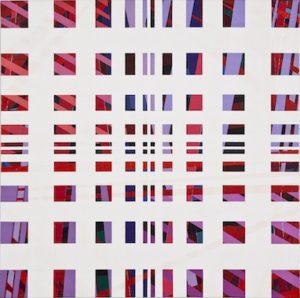 Mouteea Murad lives and works in Sharjah. He sees a unification of spirituality and formalism in his work, continuously drawing influence from the geometric forms and motifs of Islamic art. His forms and lines are largely defined by algebraic functions and their geometric application within the work. Murad continues to draw inspiration from Islamic art while employing forms and lines largely defined by algebraic functions, allowing for his work to see a unification of spirituality and formalism. 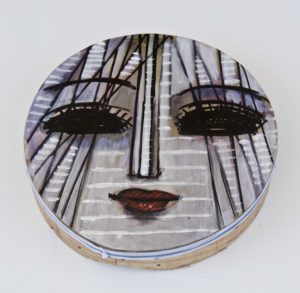 Mohannad Orabi was born in Damascus and currently lives and works in Dubai. He graduated from the Faculty of Fine Art in Damascus in 2000 and won the first prize in The Syrian National Young Artists Exhibition in 2006. With the start of the Syrian uprising and the conflict that followed, Orabi adopted an increasing realist approach to portraiture, drawing inspiration from the various media that are currently forging a visual repository of the war. Martyr posters, Facebook profile pictures, and other types of filtered or composed imagery serve as source material for portraits of Syrians under siege, displaced, and in exile, recording a side of the conflict that lies beyond its ideological divisions and political talking points. While the artist retains an interest in the socialisation processes of childhood, his own experiences of now living outside the country have led him to consider the ways in which visual culture, social media, and digital communication have become substitutes for what was once tangible.

Discover the artworks which are on display and also for sale at THAT Concept Store, Mall of the Emirates, Dubai.