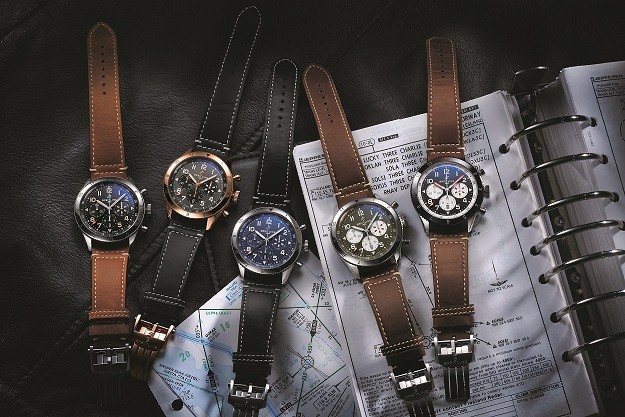 In the 1930s, Breitling’s Huit Aviation department made its name inventing precision cockpit clocks for the then-nascent field of aeronautics. Two decades later, in 1953, Breitling introduced the world to yet another novel flight instrument, this time in wearable form with the Ref. 765 AVI pilot’s watch. 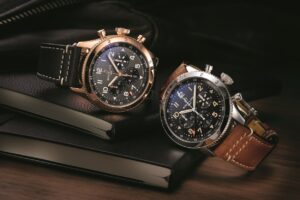 This watch became known as the “Co-Pilot” and was one of the most sought after pilot’s watches in the industry. Today, Breitling revives this iconic model with the new Super AVI collection. A series of watches inspired by the original and honouring iconic aircraft from the past by featuring their silhouettes on the caseback. 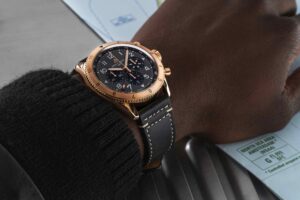 “This collection embodies that sense of nostalgia for the early days of aviation when pilots relied on their watches as onboard tools,” says Breitling CEO Georges Kern. “But you don’t have to be a pilot or vintage-aircraft buff to appreciate the exceptional craftsmanship and rugged design.”

The Super AVI’s distinctive design includes large, highly legible Arabic numerals on the dial and bezel. Its sturdy case measures 46 mm, and the oversized crown sits at 3 o’clock. Knurled bezels provide optimal grip, and top-stitched calfskin straps give a nod to the seams found on leather flight gear of the era. 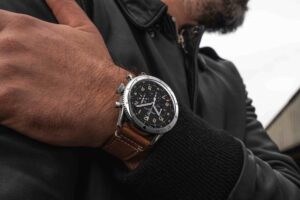 Wearers can track a second time zone using the 24-hour marking on the inner bezel and the red-tipped GMT hand. The engine of the Super AVI is the COSC-certified Breitling Manufacture Calibre B04 movement, which provides approximately 70 hours of power reserve.

After launching on 17th November 2021 via a live webcast, the watches are now available only and at Breitling stores worldwide.