Discover the Legacy of A. Lange & Söhne

A Lange & Söhne was founded in 1845 in Glashütte by watchmaker Adolph Lange. Lange set up a factory in the town and he established the watchmaking industry in the area, fulfilling a vision he once had. A key figure in the community Lange was elected mayor of the town in 1848 and he transformed the area of Saxony into a modern industrial location that became the home of watchmaking in Germany. 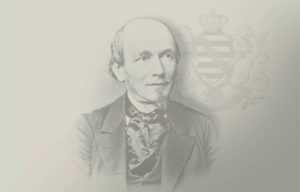 Starting with a team of 15 apprentices he taught the basics of watchmaking while beginning to develop his business. He started to produce highly complicated watches that began to attract attention far and wide. As the apprentices became masters in their fields, Lange encouraged them to leave his company to start their own small supplier firms. This allowed him to establish a watchmaking cluster, which provided the region with a new means to make a living as well as creating a name for the area internationally in the watchmaking world. 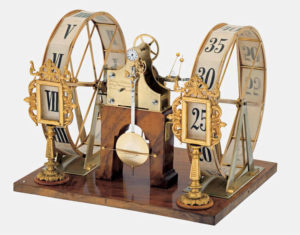 After travelling through France he learnt many new skills which he put into play on returning. Lange started to use the metric system in watchmaking instead of the traditional norm, ligne. Soon after, he built his first micrometre in Dresden from the plans in his journey book. It could measure millimetres to the thousandth. Along with a measurement system, he invented various tools like hand-powered face-lathe to slide-rules and dixieme gauges. 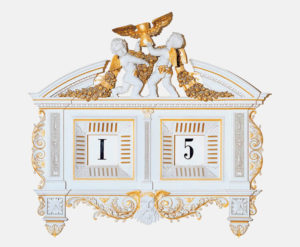 In 1868 Ferdinand A. Lange’s eldest son Richard joined the family business as the company began to grow globally. He took the same approach as his father, becoming mayor of the town and leading the area to success. Richard advanced his father’s inventions and highly complicated patents. In 1871 Richard’s brother Emil joined the company and operated the business side. The two continued to refine the Maison’s watches to a level of perfection that defines the DNA of the brand to this very day. 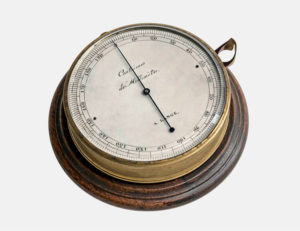 In 1948 after World War II A.Lange & Söhne ceased to exist for several years. The headquarters was almost completely destroyed by a Soviet air raid. At that time Lange was working on a new movement: Caliber 28, a wristwatch format of the calibre 48. It went into production in 1949 as the last movement developed by A. Lange & Söhne. 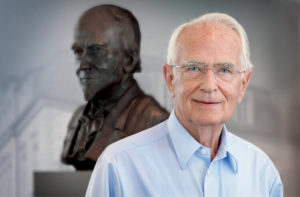 In 1990 Walter Lange, grandson of Emil and great-grandson of Ferdinand Adolph Lange and his partner Günter Blümlein, a watch industry executive, restored the company as Lange Uhren GmbH, with the assistance of several Swiss watch manufacturers, including IWC and Jaeger-LeCoultre. It was re-established on the exact day 145 years after Walter’s great-grandfather Ferdinand Adolph Lange founded the original company. The new company was re-registered with A. Lange & Söhne as its trademark and was again based in Glashütte. The new company filed its first patent in 1992 and it presented its first range of wristwatches in 1994.

The outsize date soon becomes a distinctive feature of many of A. Lange & Söhne’s timepieces. Creating timepieces with outstanding functionality is second nature for the manufactory. Inspired by Ferdinand Adolph Lange, every timepiece developed has the aim of improving the watch precision, making it more readable or easier to operate. 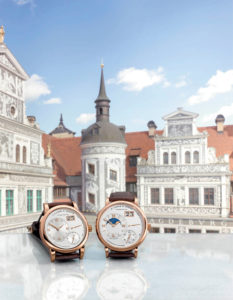 The Lange 1 is an icon in the watch industry. It represents new beginnings and a fresh start. Walter Lange had always imagined that the first watch of the new era of A. Lange & Söhne watchmaking would live up to the legendary quality of A. Lange & Söhne’s historic pocket watches and at the same time define new standards. And the Lange 1 was up to the challenge. The Lange 1 has become a legend in the company and in the watchmaking world as a whole thanks to its unique combination of tradition and innovation. 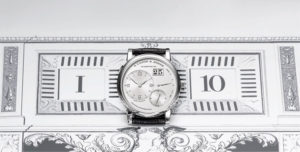 This watch, which celebrated its 25th-anniversary last year, features traditional elements such as the three-quarter plate, screwed gold chain and a screw balance. It pays tribute to the earlier generations of the Maison but explores new avenues in precision horology. The decentralized arrangement of the displays on the dial is characteristic. Their centres form the corners of an isosceles triangle. None of the displays overlap, so outstanding legibility is guaranteed.

The outsize date is another key feature of the LANGE 1 watch family. It is indicated in a gold frame with numerals that are about three times larger than those in watches of comparable dimensions. The outsize date was inspired by the famous five-minute clock in Dresden’s Semper Opera House.

Today, the Lange 1 has evolved to create the Lange 1 family of watches. Each watch in this series preserves the iconic characteristics of the icon while integrating additional displays or complications. The Lange 1 is constantly being evolved and reimagined, allowing it to keep its status at the Maison as a modern icon. 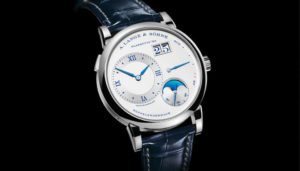 In 1848 Ferdinand Adolph Lange is elected mayor of Glashütte. During his 18-year tenure, he transformed Glashütte from a backward agricultural village into a modern industrial location. In 1895, the town’s citizens erected a monument as a tribute to his community service.

On a state visit to Constantinople, German Emperor Wilhelm II presents his host with a lavishly decorated pocket watch created by A. Lange & Söhne.

After Lange’s main production building was almost completely destroyed in an air raid on the last day of World War II, the company ceases to produce. Walter Lange, born in 1924, is forced to flee to West Germany.

The former residence and manufactory building of the Lange family was inaugurated in 1873. After reacquiring this building in 2001, it is used for administrative departments.

Lange begins to produce balance springs in-house. The processes involved in making this tiny part are so elaborate and complex that only very few manufactories worldwide master them.

Lange watchmakers craft the most complicated wristwatch of the new era: the GRAND COMPLICATION. It features a grand strike, a small strike, a minute repeater, a perpetual calendar and a rattrapante chronograph with flying seconds.

After three years’ construction, the new manufactory building is inaugurated on 26 August. It provides more than 5,400 square metres of additional space and allows improvement of production processes.

On 17 January, Walter Lange passes away at the age of 92. His motto “Never stand still” will continue to inspire the company’s culture and direction in the future.

The Lange 1 celebrates its 25th anniversary and the Lange 1 family is introduced.