Michael Kors is perhaps one of the most recognisable names in fashion. The American designer has his name to clothing, accessories, watches, leather goods, fragrance and more in over 100 different countries around the world. 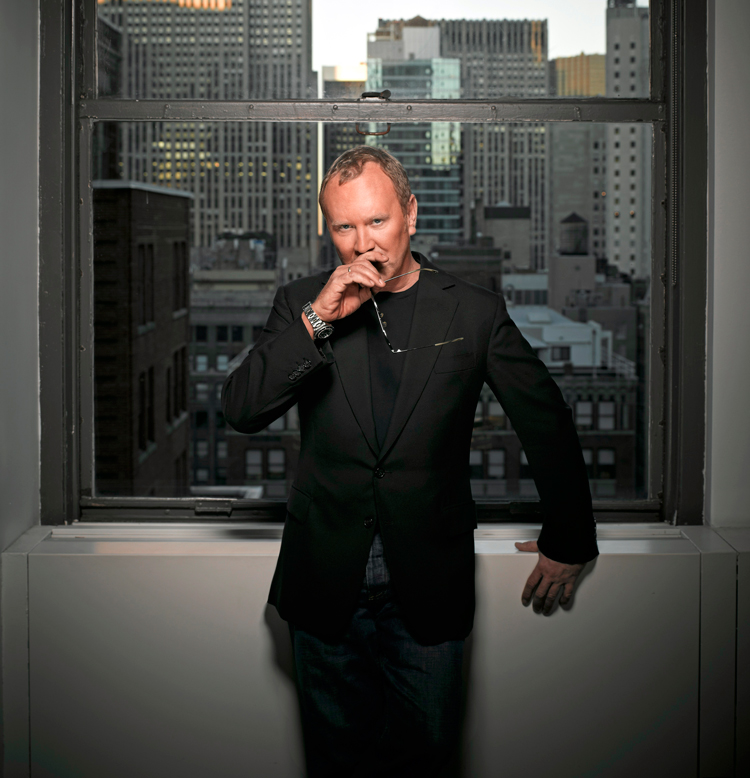 His designs have been worn by the likes of Michelle Obama, Blake Lively, Jennifer Lopez and many more. Michael Kors has become a household name thanks to the diversity of his brand, making it accessible to many types of women.

Michael’s love of fashion started at a very young age. When he was just five years old the soon-to-be fashion legend re-designed his mother’s wedding dress for her second marriage. As a teen, Kors began designing clothes and selling them out of his parents’ basement, which he renamed the Iron Butterfly. By the age of 14, he knew he wanted to become a designer. In 1977, he enrolled at the Fashion Institute of Technology in New York City. However, he dropped out after only nine months and took a job at a boutique called Lothar’s in Manhattan. He went on to become both the designer and visual display head for the store before being spotted by Dawn Mello, Fashion Director at Bergdorf Goodman. She asked if he would show his collection to Bergdorf Goodman’s buyers and in 1981 Kors launched his womenswear line at the New York department store. 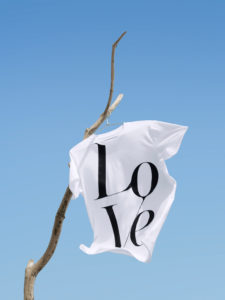 In 1997 Kors was named the first women’s ready-to-wear designer for French house Celine and while continuing his own label, he turned the Parisian House around at a time when it had been struggling. In 2003 he left to concentrate on his own line. The MICHAEL Michael Kors line was launched in 2004, joining the original Michael Kors Collection label. The MICHAEL Michael Kors line includes women’s handbags and shoes as well as women’s ready-to-wear apparel and is more affordable than the runway line, hence the huge appeal of the brand to women worldwide.

In January 2014, Forbes reported that Kors reached a personal fortune in excess of $1 billion and it seems this is only the beginning. In 2018 Michael Kors Holdings Ltd changed its name to Capri Holdings and has since purchased Versace and Jimmy Choo. The group is on its way to rivalling other luxury giants within the industry.

But while the future is still bright, 2020 has been a difficult year for the fashion industry as a whole. No one truly knows the damage COVID-19 has done but one thing that is clear is that it will come back fighting. Ahead of the launch of his fall/winter 2020 collection, we talk to Michael Kors on American fashion and the future of the brand.

How would you define the universe of Michael Kors today and how has it evolved?

One of the first reviews I ever received stated that I made “chic, glamorous American sportswear” and that still holds true today. I think the key to being a good designer is staying consistent so that your customer trusts you, while always evolving and staying up to date. 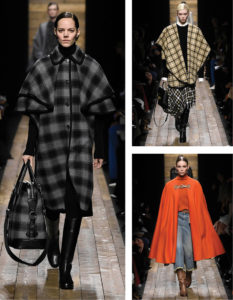 Michael Kors is a true American success story – how do you define, in your opinion, the US market and the American fashion industry?

I think what was once considered uniquely American — sportswear that is still glamorous and luxurious — is now something desired all over the world.

How do you think the values and culture of the United States are reflected through Michael Kors?

Many people don’t realise it, but I’m a very pragmatic person—and at the same time, I love glamour and indulgence. That yin and yang is something that comes through in everything that I do, and I think it’s a concept that’s strongly rooted in American fashion.

How important is it to Michael Kors to localise its collections or give tribute to a specific market?

We’re always looking for ways to connect with our customers around the world and be there for the events and celebrations that are important to them. That’s why we focus on special capsule collections for holidays like Ramadan in the Middle East, Diwali in India and QiXi in China. 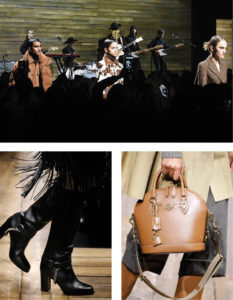 What can you tell us about Michael Kors in the Middle East?

The Middle East continues to be an important market for us. We recently opened a store in Saudi Arabia in the Riyadh Park Mall and we have another one opening in Al Nakheel Mall Riyadh this fall.

What can you tell us about your work related to the World Food Programme and why is this something important to you?

As I travelled the world for my career, I saw the extent to which hunger is a global problem. When I was looking for the right partner to make a difference on a global scale, I was drawn to the United Nations World Food Programme (WFP)—they firmly believe that hunger can be eliminated in our lifetime. Watch Hunger Stop is our philanthropic campaign that focuses on raising funds and awareness for WFP. We’re looking forward to sharing our new campaign this October. 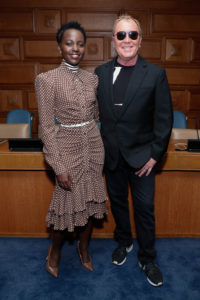 Take us through the Fall 2020 offering of Michael Kors Collection – the inspiration, the fabrics, the colours?

My Fall collection is all about cosy glamour and clothes that are relaxed while still having a sense of polish. I wanted to take the idea of privacy and inject that into the clothes with silhouettes that make you feel protected, like capes and ponchos. It’s a lot of softer shapes that are all about movement and comfort while still being really luxurious. We focused a lot on fabrics that will stand the test of time, like beautiful soft silks and tweeds that give you a sense of texture but still feel very lightweight. And then the colours feel very rich with a lot of camel and grey combined with bright red, cardamom yellow and orange.

Who or what inspires you?

People who can do it all and people who are making a difference—from my friends to the women in my office, to the frontline workers helping to keep us all safe.

What is the professional motto you live by?

Optimism is always in style. 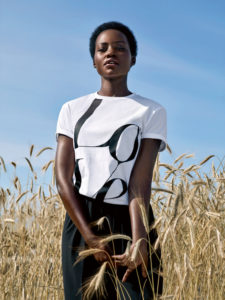 As a designer and a businessman – what is your message to aspiring designers today as well as aspiring entrepreneurs?

Take the time to refine your vision and get to know your customers— and then stick to what you set out to do.

Right now, our travel plans are largely on hold, unfortunately. I think our customers in The Middle East love glamour and appreciate quality and luxury, and that’s something that we always try to deliver. 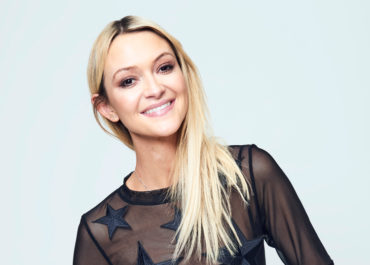 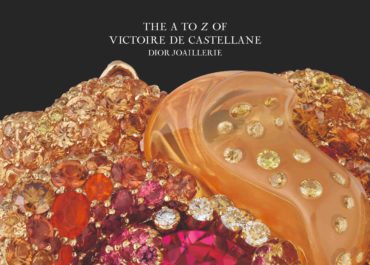 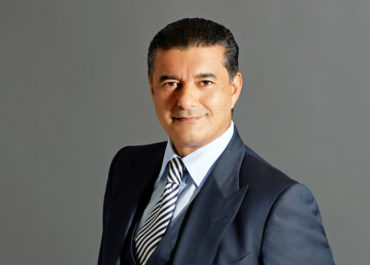 WATCHES Jacob Arabo Founder and Chairman of Jacob &a... 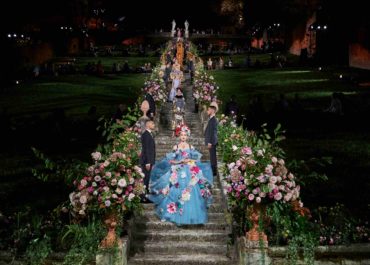 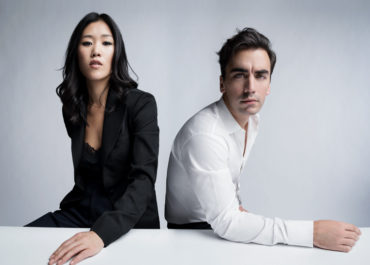 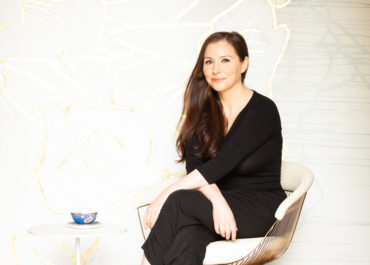 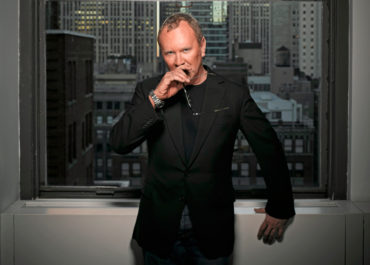 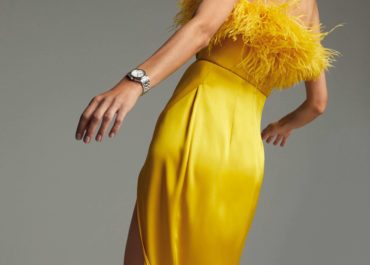 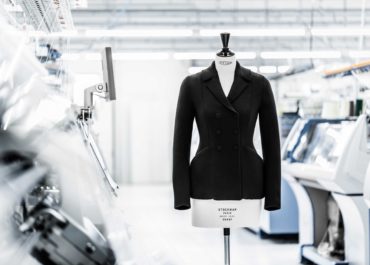 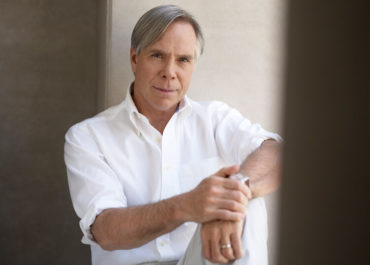 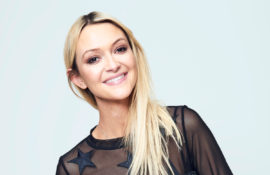 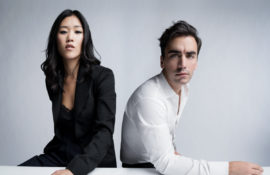 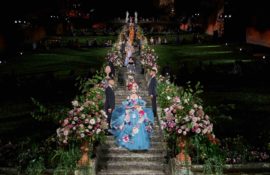 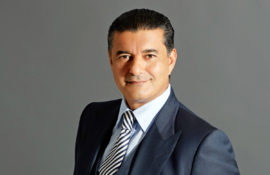