Founded in Florence in 1927, the Salvatore Ferragamo Group is almost 100 years old. In growing from a small shoe manufacturer to a global fashion house, the brand has seen many twists, turns and developments over the years, to get it to the highly esteemed luxury house it is today. 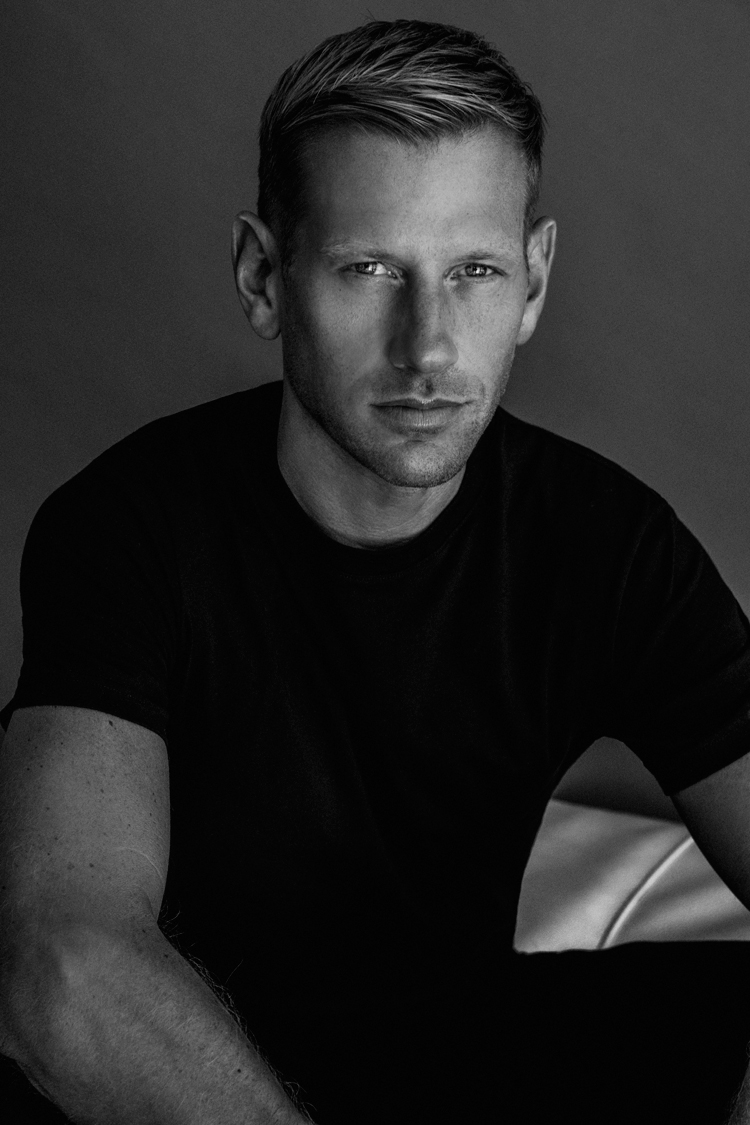 Salvatore Ferragamo was seen as one of the most innovative shoe designers of the 20th century. He made his first pair of shoes at the age of just 9 years old and his family knew he had found his calling. After setting up a small humble shoe boutique at his parents’ home, he began to live out his passion. In 1927, when the Salvatore Ferragamo brand launched, he would experiment with innovative and unusual materials including crocodile kangaroo and fish skin or unusual finishes and styles to bring together his unique shoe creations. 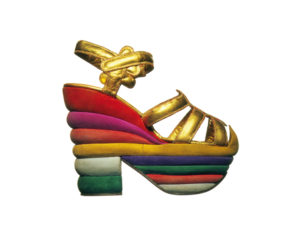 Many of his shoes became icons, including the cork wedge sandals (another innovation) that are still to this day, reinvented and replicated season after season. In a surprising turn, Ferragamo led for bankruptcy in 1933 but he came back stronger, with the vision to expand globally. By the 1950s his shoe manufacturer was producing around 350 handmade pairs of shoes a day and he had started to get recognition from shoe lovers all around the world. Perhaps his most iconic moment was the design of “The Rainbow”. A platform shoe created for actress Judy Garland. The shoe was crafted using shaped slabs of cork that were covered in suede to build up the wedge and gold kidskin was used for the straps. His creation was a result of experimentations with new materials because of wartime rationing during World War II.

Fast forward seventy years later and today, Salvatore Ferragamo is a global enterprise comprising of accessories as well as men’s and women’s ready-to-wear collections and perfume. A house that is true to its roots of innovation and experimentation with its modern designs and unique styles, while never forgetting its legacy. Heading up the creative side of the women’s wear collections is Creative Director Paul Andrew. 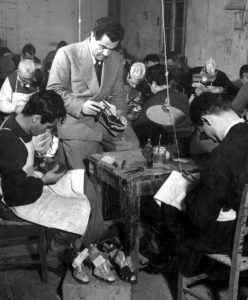 Salvatore Ferragamo and workers around 1940’s

What does Italy mean to you?

Italy is an exquisitely beautiful country with a deeply evolved culture of art, food, fashion and philosophy. In normal times, or at least the times we were used to, all of that adds up to La Dolce Vita – living life in a joyful way and enjoying its pleasures to the full. That is one of the reasons Italy is among the world’s most popular tourist destinations. During these very different times, however, I’ve had the chance to see a very different Italy. It’s been hit early and very hard by COVID-19 and suffered terribly. But everyone has reacted with great resolve, unity and purpose. Italy also possesses great strength.

How important is it to you to preserve traditional methods of savoir-faire at Salvatore Ferragamo?

It’s not important, it’s essential. Salvatore Ferragamo’s defining products are artisan-made shoes, bags, belts and clothes. Savoir-faire is our prime commodity, and that will never change: it’s a given. What I have focused on doing here is retaining and even amplifying that core value in the house, while also working to integrate the 21st Century equivalent of the 20th Century savoir-faire of the house, which to me is technology. Salvatore the man led nearly 400 patents to protect his inventions in footwear – he was to shoes in the 1920s, what Elon Musk is to cars in the 2020s. We want to create a seamless intersection between our heritage of craft and our heritage of innovation.

What is the importance of the fashion industry in supporting their countries in times of crisis?

There can’t be a fashion industry as we know it until the current crisis has, if not totally passed, then dramatically lessened. So it’s vitally important for us to do what we can to support that happening. Here at Ferragamo, we’ve contributed facemasks and sanitizers to the Tuscan healthcare authorities and funded the re-opening of a mothballed hospital facility that has a capacity for at least 60 COVID-19 patients through their recovery, overseen by two doctors and a full team of support staff.

When this global pandemic is over, what is one thing you would like to change in the strategy looking forward?

In terms of fashion strategy, I think that this pandemic will make us more mindful. I think we need to produce goods in a less wasteful manner, and focus even more on pieces that have real longevity.

What do you think will be a positive outcome that will come from this crisis?

Mindfulness, a feeling that ‘less is more’, and a determination to not be wasteful and to do better. That suits us at Ferragamo because we are an artisan with the “made in Italy” brand already – quality and longevity are built into our process. But we are, like everybody, taking this time to look at ourselves and explore ideas for change and improvement. This crisis has shown us all how fragile we are. That’s a very precious realisation.

Looking forward, what does the second half of 2020 hold for the brand?

Honestly, right now, you can only make plans in a manner that is mindful of the fact that those plans may prove impossible to execute. We are all subject to circumstances beyond our control. Of course, we are keen to get the business up and running again, and we are working towards that. However we are using this time of enforced shutdown to formulate various strategies that will mean that when we do come back it is not ‘business as usual’ – we are cooking up some radical upgrades for the way we operate.

What would you like our readers to know about the SS 2020 collection?

Both the womenswear and the menswear collections for SS2020 looked at the archetypes into which we are categorised by society, and set out to challenge those archetypes and expand beyond them. The clothes were created for women and men who have a broad, free and playful sense of their own identity, and who wanted to show through their clothes that they can be anything they want to be. Even though we could never have known this crisis was coming when we built the ideas behind the collection, they do seem extremely relevant now. Because we all have our futures in our own hands, and it’s up to us to shape it.

Who is the woman that wears Salvatore Ferragamo today?

It’s best not to try and define her – it’s not for me to put her in a box or say who she should or shouldn’t be. Everything we make is a tool for self-expression. So although the products are ‘exclusive’ in that they are of the highest quality and artisan-made, they are also ‘inclusive’ in that we have no preconceptions or prejudices about who we hope will wear them. I don’t get – or want – to choose who wears Salvatore Ferragamo today. It’s the woman’s choice.

What is your first memory of coming to Italy?

I remember coming on holiday to Sicily with my brother and parents during the 1980s. The details are hazy but what I remember most clearly is the heat, the intensity of the colours, the quality of the pizzas – unlike anything I’d experienced in England – as well as laughing and playing (okay, and fighting) with my brother. My mother dug out an old photo of that holiday last year in which I and my brother are fooling around wearing crazy 80’s printed summer clothes: it ended up being a starting point for the Spring Summer collection