Last night, Dolce & Gabbana took over the fashion avenue in the Dubai Mall to stage their first ever show in the region and it was as extravagant as you’d expect. 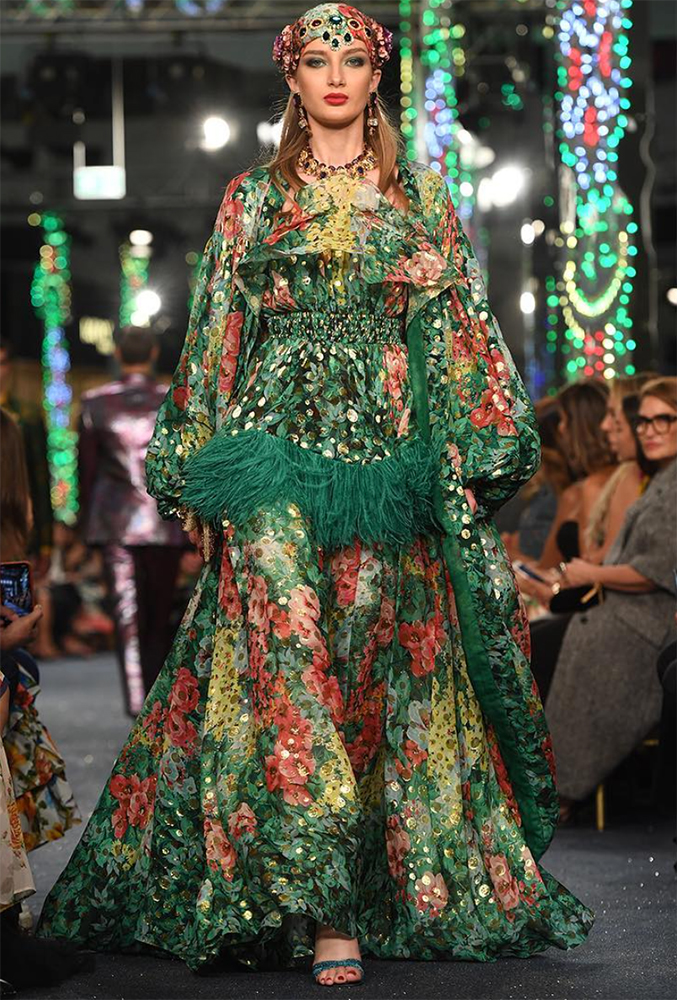 Over 100 models glided down the escalators to the glittering navy carpet that was lined with press and fans of the house. As classical music provided by musicians from La Scala blended with the modern performance from a string trio, out came a series of looks inspired by Arabian nights.

“The show for Dubai is just for Dubai. You cannot see in another place, the same clothes, the same mood, the same things. It is special. And the audience feels it,” said Stefano Gabbana in a press conference earlier that day. 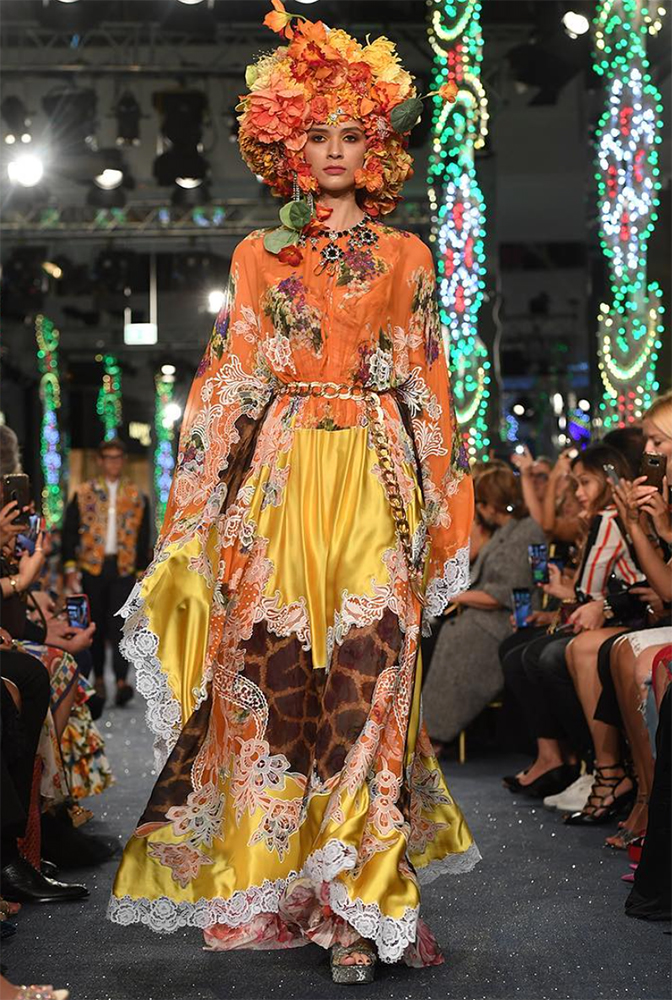 Here are just some of the treats you might have missed from last night’s extravaganza.

Design duo sent out 128 looks in total with around half created exclusively for the region as a ‘tribute to Dubai.’

In the press briefing, Stefano said that: “All, or at least 99 per cent of women, want to feel like a queen or a princess. They want to feel beautiful.” So aside from the feathers, brocade and embellishment there were a number of crowns and tiaras (boys included). 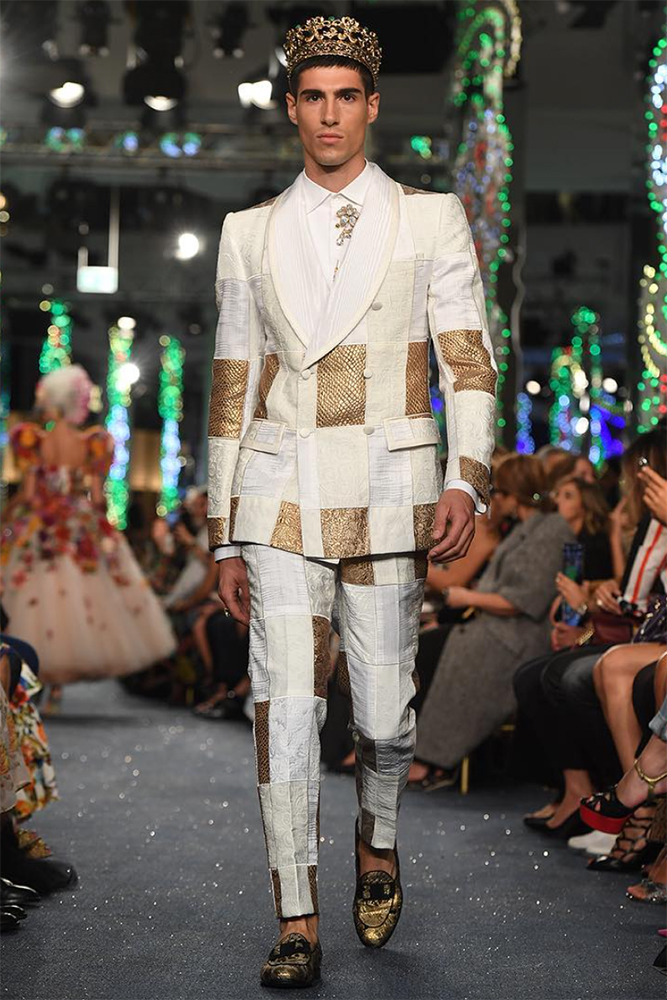 The duo observed that women from the Middle East have a lot in common with the women in the south of Italy, especially when it comes to makeup. For the show, makeup artists focused on the eyes and models were sent out with elongated or heavy black eyeliner.

From gowns, tailoring and sportswear to new versions of abayas, the styling had a modest attitude with headscarves in particular enhancing the looks. 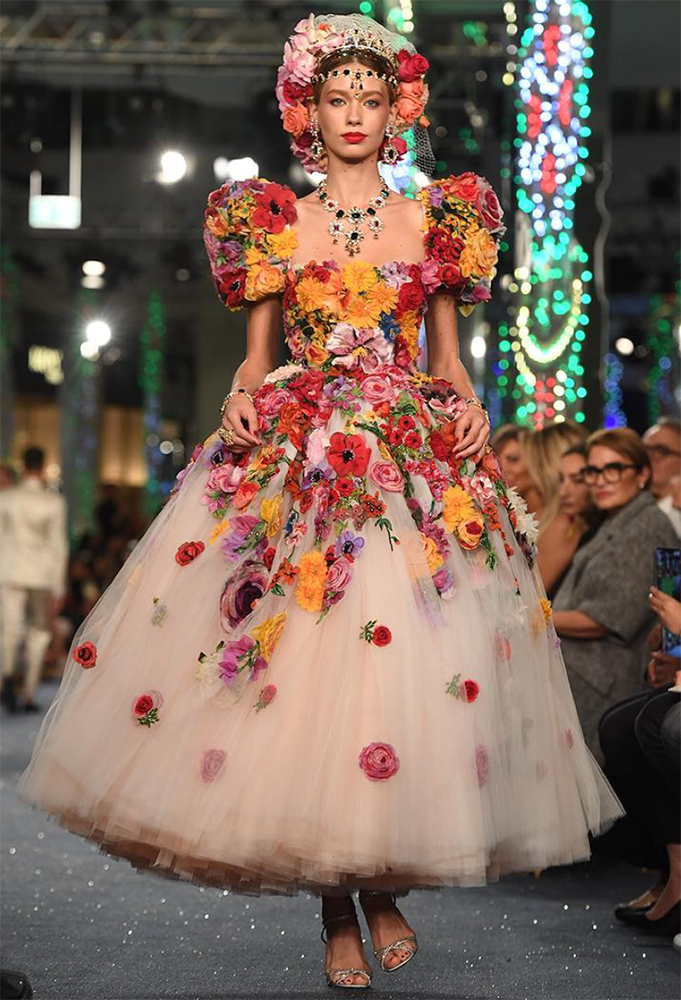 After a long finale, a number of VIP guests headed to H Hotel to continue the celebrations in a lavishly decorated setting. A series of tables were adorned in flower arrangements, bowls of fruit and Sicialian ceramic heads (Dolce & Gabbana have previously dedicated a collection to Sicilian folklore inspired by the Moorish Heads). Fun fact, the art of Maiolica pottery was brought to Sicily by the Arabs who taught Sicilian how to create these objects.