Chloé has officially confirmed the appointment of Natacha Ramsay-Levi as Creative Director for ready-to-wear, leather goods and accessories, effective from 3rd April 2017. 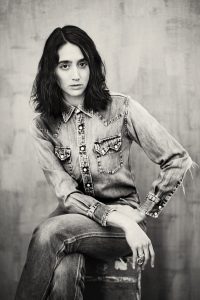 Since 2013, Natacha Ramsay-Levi has been Creative Director for women’s ready-to-wear at Louis Vuitton under Artistic Director Nicolas Ghesquiere, with whom she also collaborated for eleven years at Balenciaga.

In her new role, Natacha will embody the spirit of Chloé, a maison founded in 1952 by Gaby Aghion whose vision was to give women the freedom to dare to be themselves.

Natacha Ramsay-Levi said of her appointment, “I am very proud to join a house founded by a woman to dress women. I want to create fashion that enhances the personality of the woman who wears it, fashion that creates a character and an attitude, without ever imposing a ‘look’.”

“I am particularly happy to welcome Natacha to Chloé. Her extensive experience at two prestigious fashion houses and her creative energy will further expand the Maison in Gaby’s vision : at the intersection of Parisian couture savoir-faire and the youthful attitude of the Chloé girl,” added Geoffroy de la Bourdonnaye, President of Chloé.

Natacha’s first collection will be shown in September during Paris Fashion Week for Spring-Summer 2018.