A History of the Fondazione Prada, a Modern Way of Understanding Art and Culture Today

In 1993 Miuccia Prada realised she wanted to share her passion for art with the world. Alongside Patrizio Bertelli, her husband and CEO of the Prada Group, she decided to conceive and develop art exhibitions as well as projects related to architecture, cinema, performing art and philosophy. This idea would soon become Fondazione Prada; an institution that celebrates art and culture in several ways both in Italy and around the world. 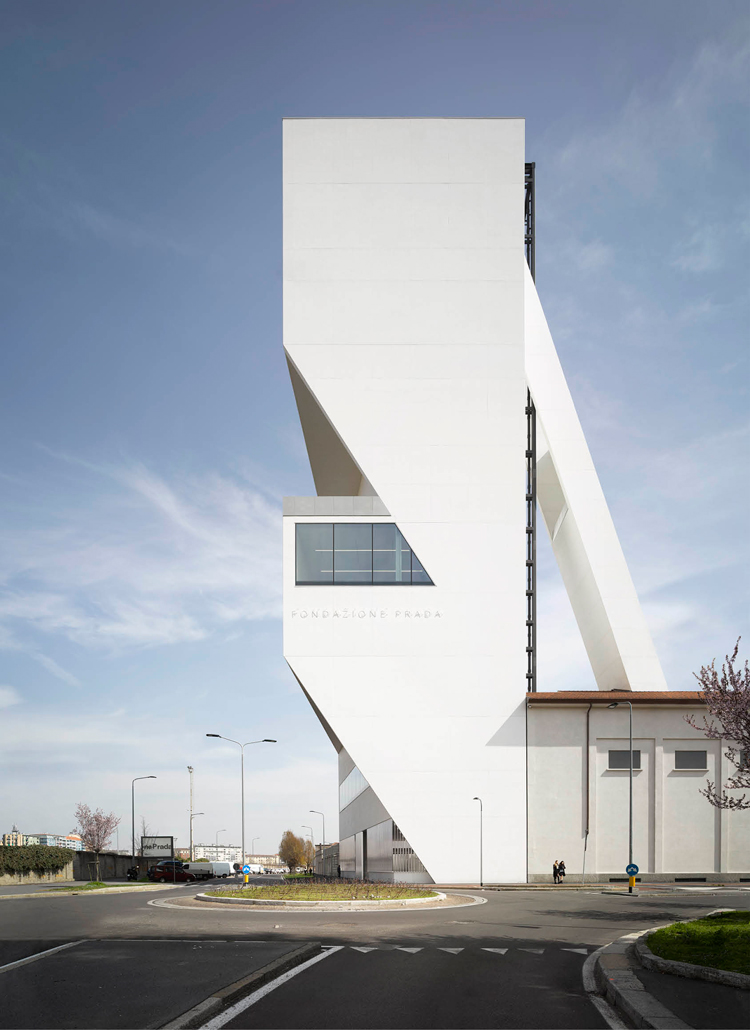 The idea began with the establishing of PradaMilanoArte; an exhibition space in Milan that would showcase contemporary artistic practice. When it opened in 1993, the space saw exhibitions from Eliseo Mattiacci, Nino Franchina and David Smith and alongside this, PradaMilanoArte publish catalogues that included contributions by art historians as well as by the artists themselves.

In 1995 the project was renamed and reorganised to become Fondazione Prada. Miuccia Prada and Patrizio Bertelli, in collaboration with art historian and curator Germano Celant, created a plan for the new organization that focused on a shared interest in art, photography, cinema, design and architecture. Instead of exhibiting studio work, the foundation would participate in co-producing site-specific projects that artists had always dreamed of constructing. The Fondazione was established in Milan and the first project was an exhibition dedicated to British-Indian sculptor Anish Kapoor. 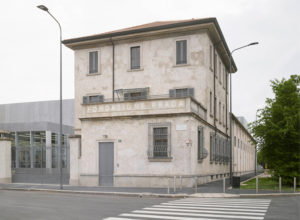 Over the next few years, the foundation partnered with many artists including Michael Heizer, Dan Flavin, Walter De Maria and more. All of whom were allowed to create their own vision within the space and bring their work to life. Then in 1997, the foundation took the step to expand its focus to include projects involving the urban environment and culture through real-life on-site projects. Installations such as Dan Flavin’s permanent work for the Church of Santa Maria Annunziata in Chiesa Rossa and Laurie Anderson’s “Dal Vivo”, a project involving San Vittore prison, both in Milan, were extremely successful. By also exhibiting emerging artists such as Sam Taylor-Wood and Mariko Mori, who employed lm, video and photography, the foundation continued to focus on the most significant trends of contemporary art. 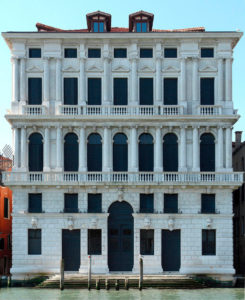 From 2001 the foundation started exploring fields such as architecture, philosophy, science, design and cinema. The architectural designs for the Prada Epicenters in New York, San Francisco and Los Angeles by Rem Koolhaas and the Office of Metropolitan Architecture (OMA), and in Tokyo by Herzog & de Meuron, were exhibited and volumes related to the projects were published, allowing the two worlds of fashion and art to come together in this unique experience. In 2003, Fondazione Prada signed a long-term agreement for cultural and scientific collaboration with the University of Vita-Salute San Raffaele in Milan. The two institutions co-organised many projects over the coming years.

In 2004 The foundation started to explore the world of cinema with as it partnered with the Tribeca Film Festival to present a selection of the festival’s most interesting films. That same year Fondazione Prada collaborated with La Biennale di Venezia for the Venice Film Festival to rediscover and restore forgotten or overlooked films. Over the next decade, there were many installations, partnerships and collaborations that brought to life some of the most interesting aspects of art and culture today. 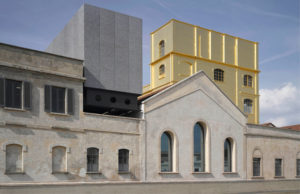 In 2011 Fondazione Prada felt the need to expand its own exhibition spaces and broaden its cultural perspective. Miuccia Prada and Patrizio Bertelli commissioned the Office of Metropolitan Architecture (OMA), led by Rem Koolhaas, to design and transform an early 20th-century industrial site located in the south of Milan to host the new venue of the Fondazione, which would open to the public in May 2015. In the meantime, there were also projects across several cities over the years including London which saw Fondazione Prada run “The Double Club”, as well as in Venice where an anthological exhibition devoted to John Wesley, curated by Germano Celant was conceived at the Fondazione Giorgio Cini. In 2011, Fondazione Prada opened a new exhibition venue located in Ca’ Corner della Regina, a spectacular 18th-century palazzo on the Grand Canal in Venice. Six temporary projects were launched in this space from 2011 until today, concurrently with a preservation and repair program of the palazzo. 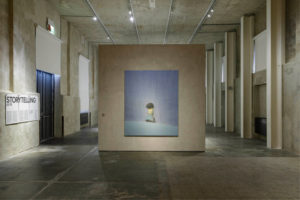 The new Milan venue was unveiled in 2015. Conceived by architecture firm OMA, led by Rem Koolhaas, it was the result of the transformation of a 1910’s former industrial compound. Located in Largo Isarco, in the South of Milan, the new venue would allow the foundation to further develop its multidisciplinary vocation through an articulated exhibition and cultural events program. The following years saw many research exhibitions such as “Serial Classic” alongside other exhibition projects comprising works from Collezione Prada such as “An Introduction”, “In Part”, and “Trittico”, lm project “Roman Polanski: My Inspirations” and a series of choreographic actions titled “Atlante del gesto”. In December 2016 Osservatorio, Fondazione Prada’s outpost dedicated to photography and visual languages was launched in Galleria Vittorio Emanuele II in the centre of Milan.

In 2018 the exhibition program of Fondazione’s permanent headquarters in Milan included historical exhibitions, artist projects and site-specific installations. The exhibition “Post Zang Tumb Tuuum. Art Life Politics: Italia 1918-1943”, conceived by Germano Celant, investigated the art and culture system in Italy between the two world wars, starting from the research and study of historical documents and photographs that reveal the spatial, social and political context in which the works of art were created, staged, experienced and interpreted by the public of the time. While Belgian artist Luc Tuymans with the exhibition project “Sanguine. Luc Tuymans on Baroque”, organized in collaboration with M HKA (Museum of Contemporary Art Antwerp), KMSKA (Royal Museum of Fine Arts Antwerp) and the city of Antwerp, reinterpreted the notion of Baroque in a personal key, creating a dialogue between works by contemporary artists and works by masters of the past.

Fondazione Prada also proposed a musical project in the outdoor spaces of its Milan headquarters, divided into three events. “I WANT TO LIKE YOU BUT I FIND IT DIFFICULT”, curated by Craig Richard, included international artists, such as Ricardo Villalobos, Mulatu Astatke, Midori Takada, E/Tape, Nicolas Lutz, Monolake Live Surround, Burnt Friedman, Joy Orbison and Baby Vulture, exploring a plurality of musical genres and languages: from electronic music to Ethio-jazz, from minimal to techno. 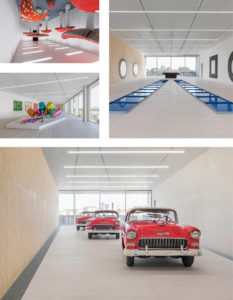 Since May 2018, Fondazione Prada’s Cinema, which is open every weekend, has offered a program that combines first releases, classics, experimental and avant-garde works, rare films and restorations. In addition to the exhibition and cultural activities, the didactic workshops of the Accademia dei bambini continued with new cycles of workshops conceived and curated by “masters” from different disciplines, including the musician Devendra Banhart.

In 2019 three main exhibitions were presented in Milan and Venice: “Whether Line”, a large- scale multimedia installation, conceived by American artists Lizzie Fitch and Ryan Trecartin; “Il sarcofago di Spitzmaus e altri tesori”, a show conceived by Wes Anderson and Juman Malouf and organized in collaboration with the Kunsthistorisches Museum in Vienna; and “Jannis Kounellis” the major retrospective dedicated to the artist following his death in 2017. 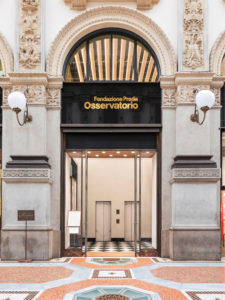 As many of us are spending most of our time at home due to the current situation Fondazione Prada has expanded its culture programme through digital channels. With the aim of transforming this time of crisis into an opportunity for study and analysis, the foundation is offering new ways for visitors to connection through a series of digital platforms. During the temporary closure of exhibition spaces, the Cinema projects, the workshops of Accademia dei bambini, and the editorial activities invent new ways of participation of the audience.

The cinematographic program “Perfect Failures”, conceived by Fondazione Prada and MUBI, is now available on the curated streaming service. The project is accompanied by a new section of Fondazione Prada’s website where original materials, native content reflecting on the experience of streaming, information on selected movies and curiosities about the directors, from Billy Wilder to Kelly Reichardt, will be included. 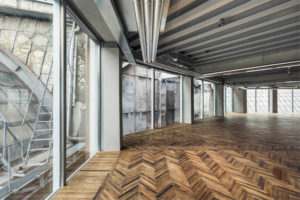 “Accademia Aperta” is a video project through which Accademia dei bambini retraces the workshops conceived by “masters” (architects, educators, artists, scientists, movie directors and musicians) over the last 5 years. The publication of materials, partly unreleased and arranged according to thematic areas, becomes an opportunity to rediscover the experimental and innovative nature of Accademia dei bambini, Fondazione Prada’s project created for children and developed in 2015 by neuropediatrician Giannetta Ottilia Latis, now curated by paediatrician and neonatologist Gabriele Ferraris.

“Readings” is a new editorial initiative involving the creation of podcasts that can be downloaded from a platform linked to the foundation’s website. The Italian audience will be able to listen for free to the reading of excerpts from books published by the foundation since 2012. “Readings” is a vast audio anthology, destined to grow and comprising more than 50 critical essays and narrative texts by authors.

Laura Burdese, President and CEO of Acqua di Parma On How Love, Italian Values and Culture Are at the Core of the Luxury Fragrance House 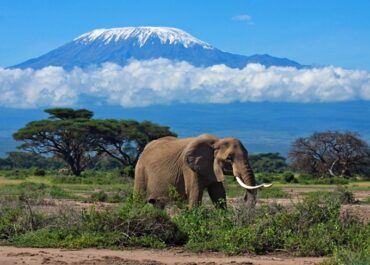 TRAVEL UAE Residents Can Now Travel To A Number Of ... 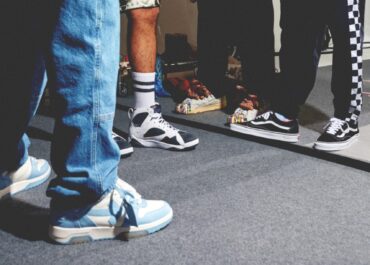 ACCESSORIES Level Shoes Puts Its Own Employees in the Fo... 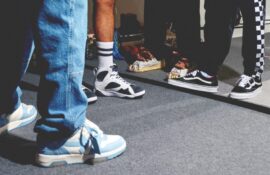 ACCESSORIES Level Shoes Puts Its Own Employees in the Forefront For New Campaign June 8, 2021 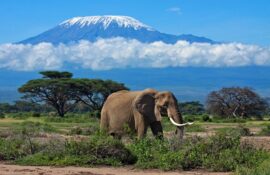 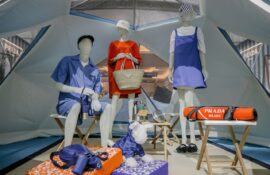