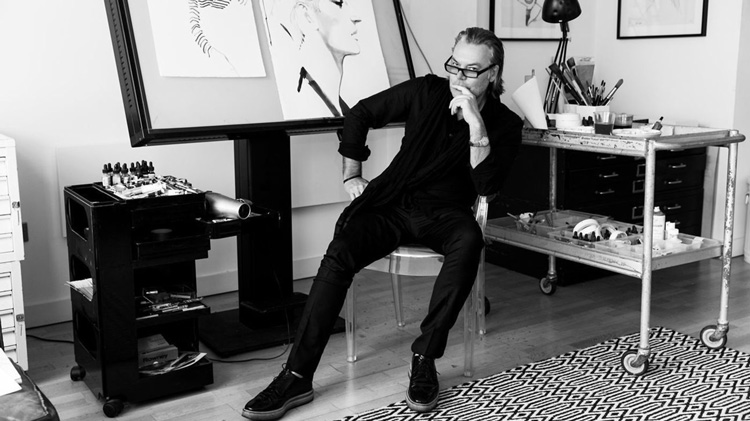 A master of fashion illustration, London artist David Downton has carved out a celebrated career illustrating the fashion set, from the models to the shows to the well-heeled ladies who attend them, and as we celebrate art we put the spotlight on him and his relationship with fashion.

Downton began his career as a commercial illustrator and didn’t consider fashion as a career until he attended the Paris couture shows over two decades ago. It was then that he began to really explore the world of fashion illustration, saying it felt like he’d ‘been given the keys to a magic kingdom’, before taking the industry by the horns and really making it his own.

He, among many others, is often credited with resurrecting the art of fashion illustration after it waned in popularity in the 1930s. What had begun as the sole means of communicating the soul of the fashion industry to the masses was quickly replaced by photography, with the first photographic cover of Vogue truly marking the decline of the art form. However, in today’s modern world of photography, video and image editing, illustration has become a visual luxury. Like many traditional mediums, fashion illustration is cyclical, it has become sought-after again, with many new illustrators being praised for their individuality, for daring to stray away from photography. Although, perhaps fashion illustration never went away, and it was individuals like Downton who were always working, keeping the spark of the tactile medium alive while technology and the fashion industry evolved. 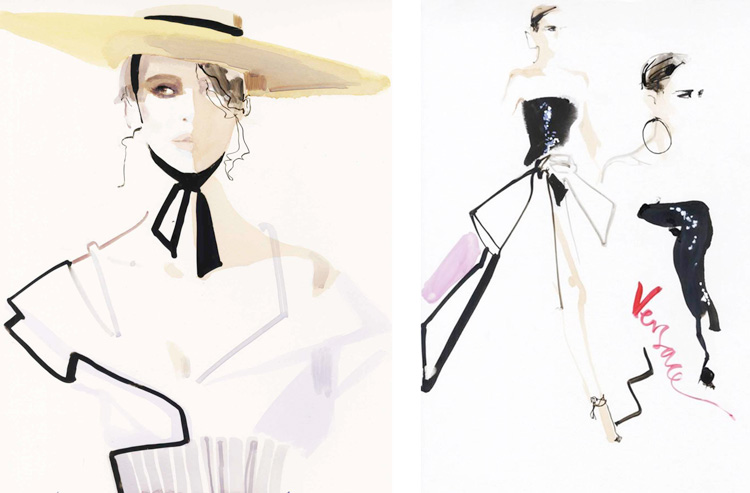 Illustration offers a greater sense of movement and fluidity than traditional fashion photography. The dexterity of Downton and fluidity of the watercolour convey a story without needing to be totally accurate, which culminates in an unusual perspective on some the world’s greatest designers and models. He has illustrated with effortless elegance the flowering of the excess-all-areas Galliano regime at Dior, and it’s almost equally extravagant counterpoint, Alexander McQueen at Givenchy in the late 1990s, while also capturing the essence of Yves Saint Laurent’s magisterial final bow in 2002, and those of Valentino Garavani in 2007 and Christian Lacroix in 2009. Downton has witnessed pivotal fashion moments, drawing them with his trademark simplicity and grace, from Gianni Versace’s last collection before his murder, and the return to the fold of the house of Schiaparelli. 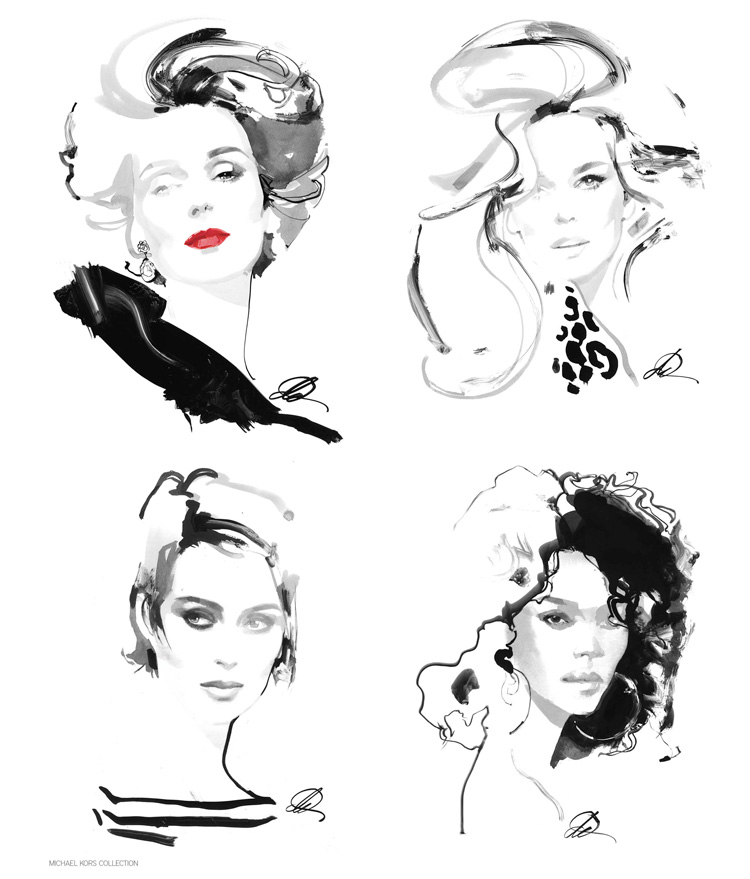 ‘I like the images to float on the surface of the paper, as though they had just happened.’

Beautiful in their simplicity and spontaneous in spirit, Downton’s works have captured numerous collections and a glamorous host of sitters, think Cate Blanchett, Dita Von Teese, Iman, Linda Evangelista, and Paloma Picasso, with an international client list that includes Chanel, Dior, Tiffany&Co and the V&A Museum. His classically elegant, yet highly contemporary images have been a key factor in the revival of interest in the tradition of fashion illustration and Downton is a worthy successor to the great artists in his field including Gruau, Eric and Antonio. 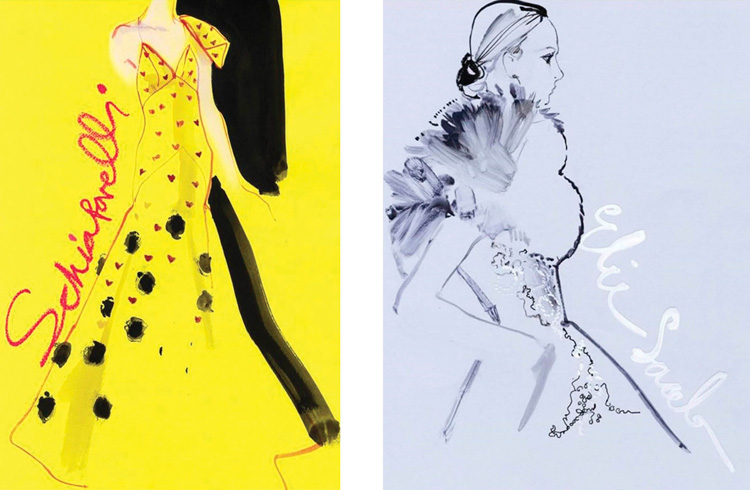 Varying his technique depending on his mood, yet favouring black ink and water colours, the striking velvety nature of the black strokes in his pieces have become somewhat of a trademark, really setting his work apart from the rest, and most recently he has collaborated with Michael Kors on a special edition capsule collection.

‘This is our first collaboration with an artist for Michael Kors Collection, and it is very personal,’ says Michael. ‘David captures people’s essence and style without feeling the need to draw every detail about them, it’s the magic of a great illustrator.’

The designs debuted at the Michael Kors Collection runway show during New York Fashion Week in February and will hit stores in Fall.