A look at the exhibitions of The Fondation Louis Vuitton

In 2006, at the behest of Bernard Arnault, the LVMH group created the Fondation Louis Vuitton. Designed by the American architect Frank Gehry, it falls in line with the Groups’ efforts to promote art and culture over the last 20 years. A private cultural initiative, the Fondation Louis Vuitton’s aim is to promote and support contemporary artistic creation for a wide French and international audience. 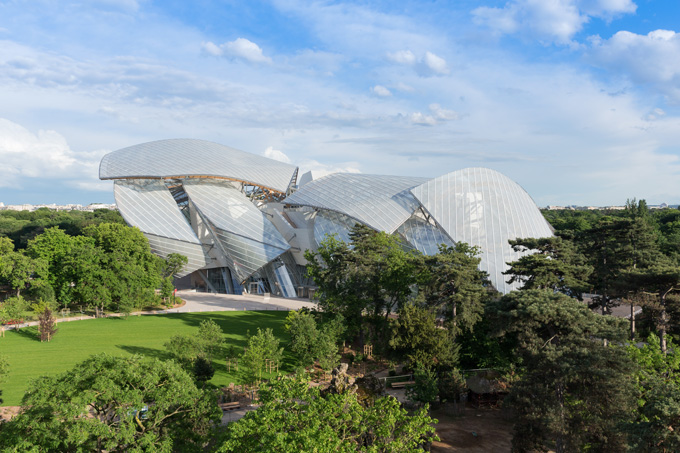 Frank Gehry’s building is in fact the first artistic statement by the Fondation, initiating an approach to artistic creativity. His daring and poetic architectural style offers an approach that differs from the conventional construction of various buildings. 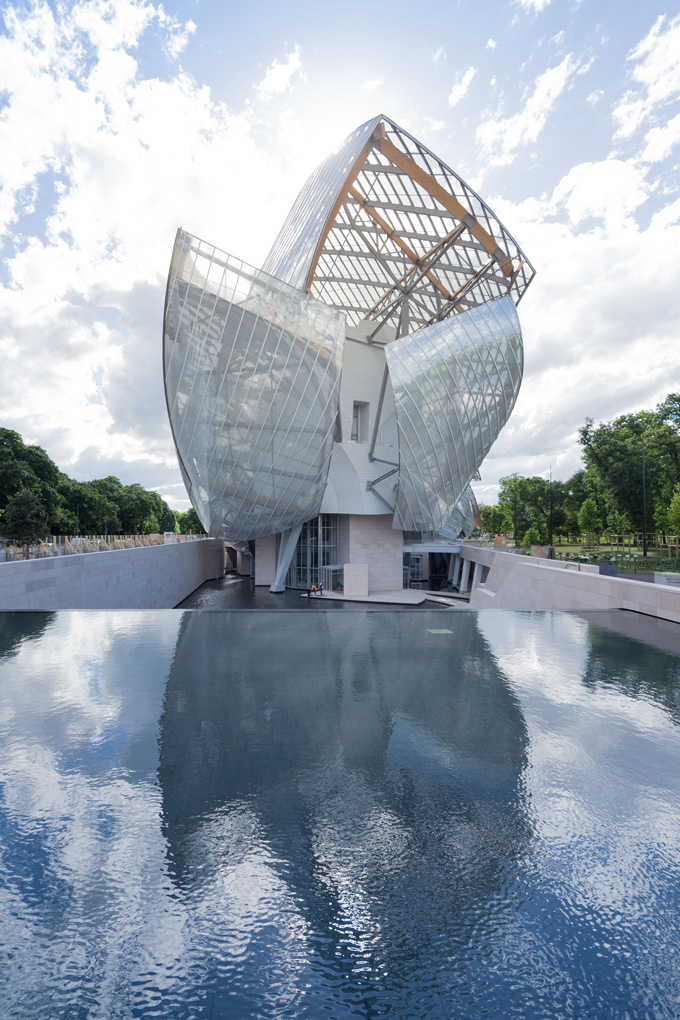 Powerful, it toys with gravity, using volumes that create cloud-like forms. Innovative, it provokes visual ruptures that reinterpret perspectives. Narrative, it invents a futurist design that inspires surprise and emotion. 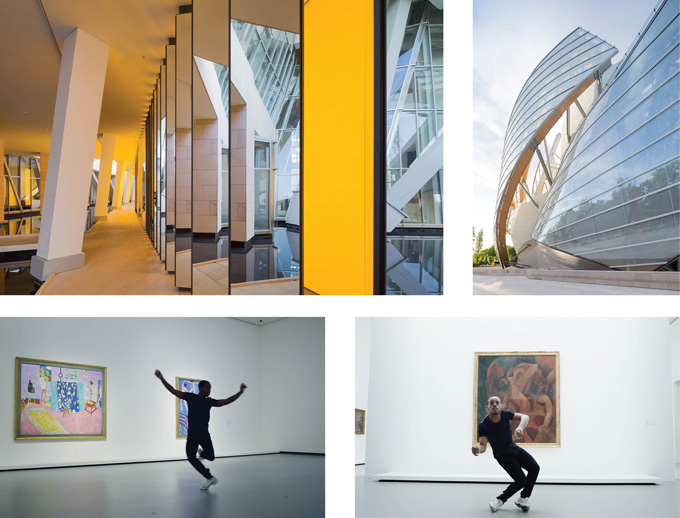 Since its inauguration, the Fondation has presented many successful exhibitions. Most recently there was Icons of Modern Art, The Shchukin Collection, featuring the collection of 250 paintings amassed by Russian collector Sergei Shchukin, who is recognised as one of the world’s greatest collections of modern art. With over 1.2 million visitors, the exhibition garnered a record-breaking number of visitors, being hailed as the most successful art show in France for 50 years.

Commissioned to celebrate the landmark exhibition, Icons of Modern Art: The Shchukin Collection, a film by Andrew Margetson is also presented called Lil Buck at Fondation Louis Vuitton. It captures the Memphis jooker’s first improv dance inside a museum, tracing his moves as he responds through dance to the iconic architecture of the Fondation, and the artworks of modern masters Picasso and Matisse.

Fondation Louis Vuitton will present ‘Art/Afrique, Le Nouvel Atelier’ from April 26 to August 28, 2017. Alongside its monographic exhibitions, the Fondation Louis Vuitton regularly presents group exhibitions that focus on the latest developments from less known, or even entirely overlooked, art scenes. The exhibition will present recent works created by artists throughout the African continent, from sub-Saharan Africa to South Africa, and will be displayed across the Fondation’s galleries according to three sections: 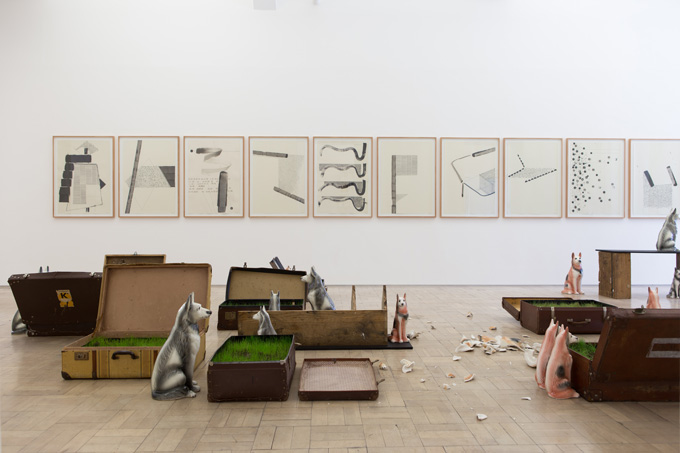 This brings together a group of works by fifteen iconic artists from Jean Pigozzi’s collection of African art, presented in Paris for the first time. Businessman Jean Pigozzi began collecting contemporary African art in 1989, relying on advice imparted by André Magnin. A pioneer in the movement, he lived and travelled extensively throughout the African continent, visiting artists in French, English, and Portuguese speaking countries. At a time preceding the use of mobile phones, the internet, or social media, Pigozzi and Magnin visited the artists in person to build relationships with them and their works, enabling them to appreciate the originality of their approaches, a decisive element in the shaping of the collection. This determination and commitment guided Pigozzi and Magnin in assembling a unique collection of works that express strong political positions, representative of the diversity of the contemporary African scene between 1989 and 2009.

The artists included in the exhibition, each deeply influenced by the spiritual, scientific and craft traditions of their country of origin, develop unique worlds that manifest themselves through various forms of expressions and media. Boldly asserting its openness, eclecticism and freedom, the Pigozzi collection presents a representative range of each artist’s work across various media. It seeks to raise awareness of a relatively unknown art scene, increasing its international audience and impact. 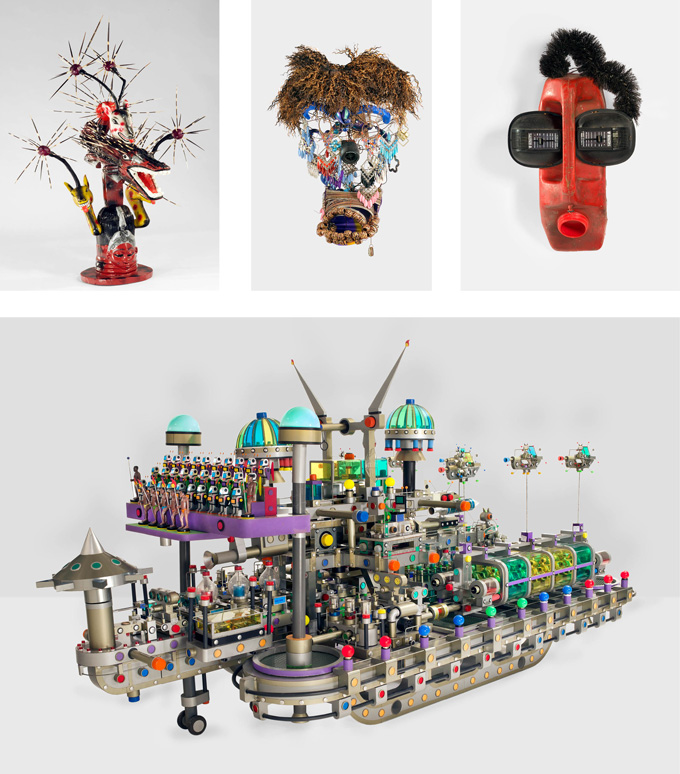 As a complement to ‘The Insiders’, Fondation Louis Vuitton will present ‘Being There’, a collective exhibition of works by artists from South Africa, one of the most dynamic scenes of the African continent today. 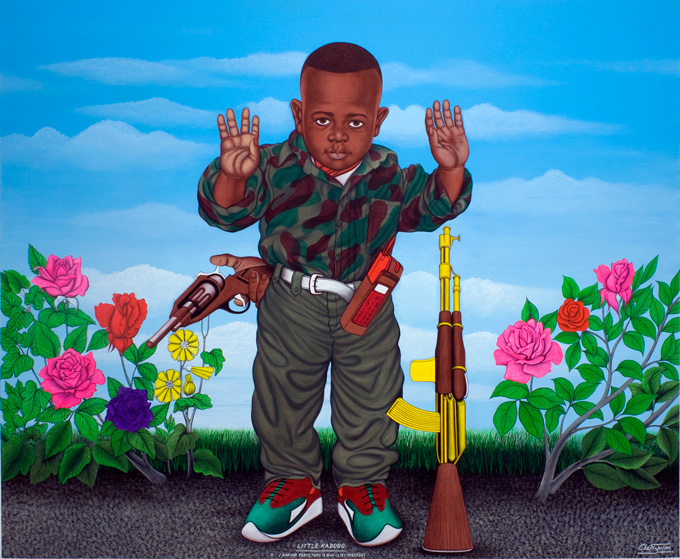 It will include works by approximately fifteen artists, on the one hand, masters of South African art, such as Jane Alexander, David Goldblatt, William Kentridge, David Koloane and Sue Williamson who are internationally renowned and wield considerable influence on younger artists, owing to their socio-political engagement. Also presented are artists born during the 1970s, represented by key figures such as Nicholas Hlobo, Moshekwa Langa, Zanele Muholi and Moshekwa Langa. On the other hand, a selection of artists born in the 1980s, whose works examine South African identity struggles in the aftermath of apartheid, among them Jody Brand, Kudzanai Chiurai, Lawrence Lemaoana, Thenjiwe Niki Nkosi, Athi-Patra Ruga, Bogosi Sekhukuni, Dineo Seshee Bopape, Buhlebezwe, and Kemang Wa Lehulere.

These artists use a range of different media, such as installation, photography, painting, textile and video, to critically revisit their countries’ past, focusing in particular on the history of colonisation. They also firmly anchor their work in the present day by asserting an identity that defies race, colour and gender. 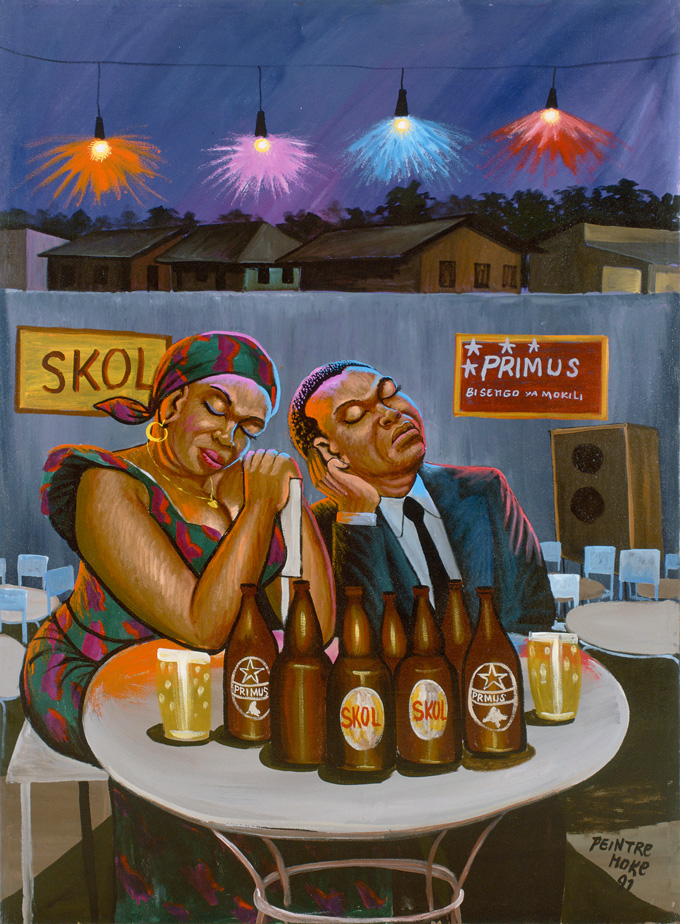 A selection of works from the Fondation Louis Vuitton Collection will complement these two exhibitions by looking beyond the African continent to include African artists working outside their countries of origin, as well as Afro-American artists.

A set of multidisciplinary events revolving around music, poetry, literature and cinema has been organized in conjunction with the exhibition. As part of the event, Fondation Louis Vuitton is partnering with La Grande Halle de La Villette to offer a combined entry ticket for their exhibitions ‘Art/Afrique, le nouvel atelier’ and ‘Afrique Capitale’.