Mosques around the Emirate of Sharjah are offering a glimpse into Islamic designs and patterns as they host enchanting light shows during the Sharjah Light Festival which kicked off this week. 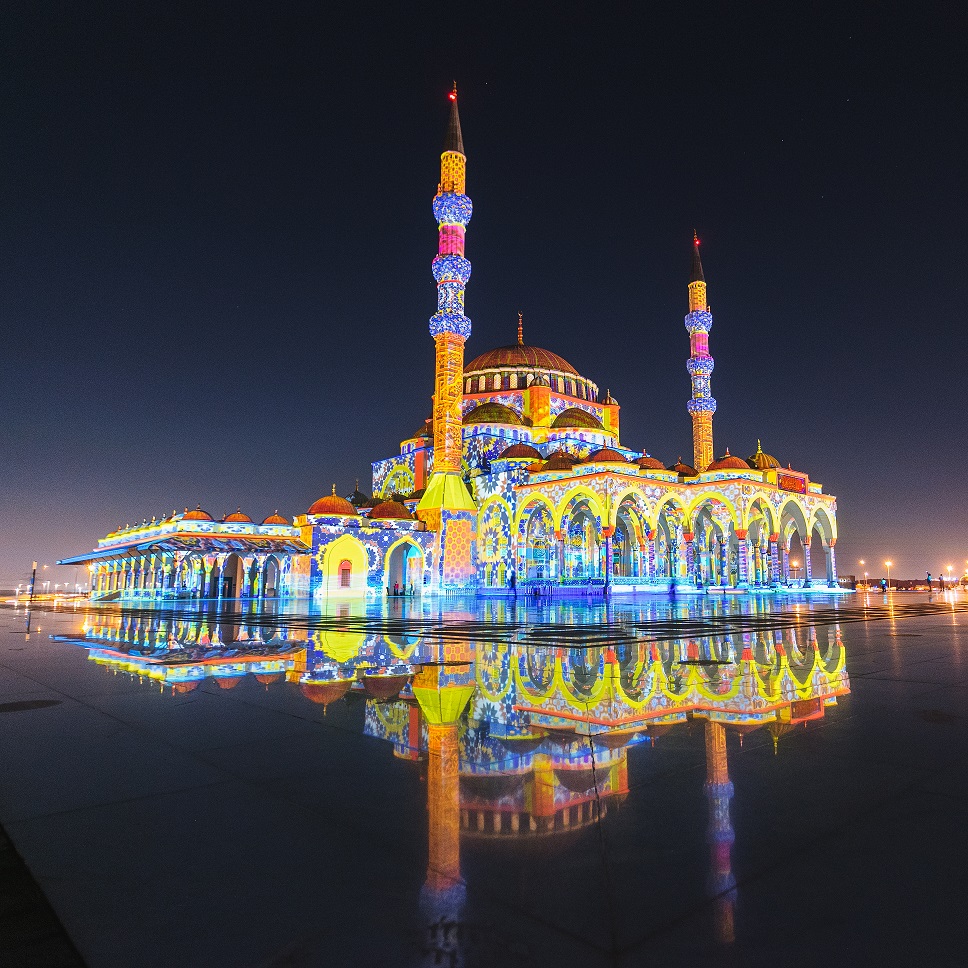 The event will continue this weekend, transforming Sharjah’s landmarks into a canvas for dazzling shows that reflect the emirate’s history and chart its path for the future. The displays highlight the architectural aesthetics of Sharjah’s mosques, famed for their stunning Islamic designs. 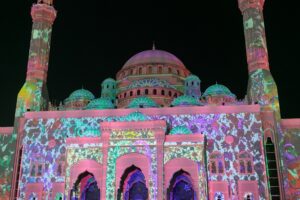 The renowned Al Noor Mosque is hosting a show titled ‘Beauty by Contrast’, which recounts how art – and particularly, Islamic art – has been a universal language and a powerful tool for communication throughout history. The show culminates in a modern and digital interpretation of the universal language, dramatically contrasting shapes and sequences to explore art’s role in the future.

Meanwhile, Sharjah Mosque serves as the backdrop for ‘The Harmony of Islamic Motifs’, a show that brings attention to the beauty and harmony of timeless Islamic motifs, underlined with fast digital designs that infuse the show with a contrast of evolution and speed. 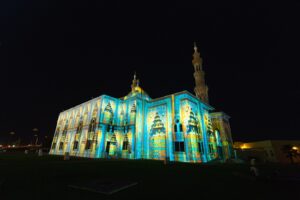 The Rashid bin Ahmed Al Qassimi Mosque in Dibba Al Hisn, has been selected to host a show titled ‘Islam + Architecture + Heritage’, which celebrates the heritage, legacy, and progress of a nation, showcasing the emirate’s past, present, and future. The show overlays letters, light, and glitter on the façade, combining traditional symbolism to evoke the values of trust, integrity, intelligence, power, knowledge, and stability.

The Sharjah Light Festival shows are scheduled to continue across the emirate until February 20 and sites included in the festival will be welcoming visitors from 6:00 pm to 11:00 pm on weekdays and until midnight on weekends.