Saudi racing star Reema Juffali has spoken of how she is eager to continue racing in GT3 after achieving a podium finish at the 24 hours of Dubai race. 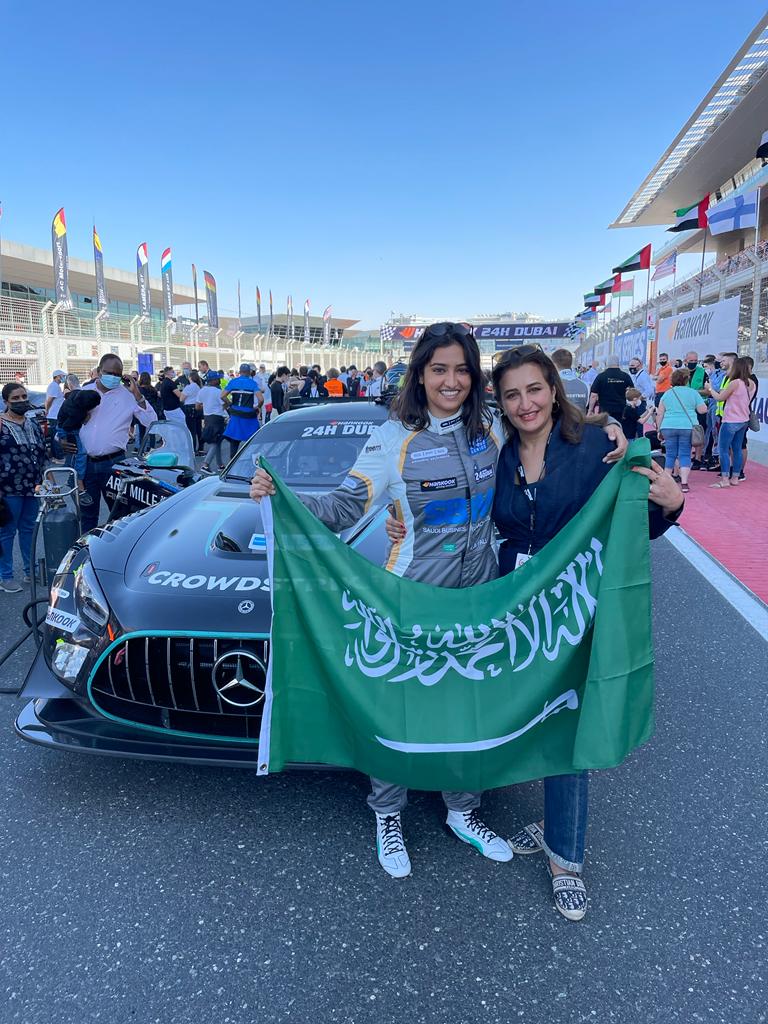 Reema with her mother

Saudi Arabia’s most talked about female motorsport star Reema Juffali has outlined her ambitions to continue racing in GT3 following her second-place finish at the 24 Hours of Dubai race with her eyes firmly set on competing in the iconic Le Mans race in France. 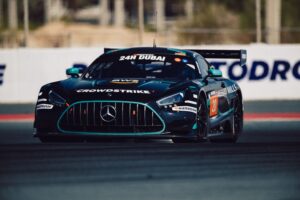 In her debut, GT3 race behind the wheel of the #20 Mercedes-AMG GT3, the Jeddah-born driver impressed with her SPS Automotive Performance at the weekend as she joined her team-mates Valentin Pierburg, George Kurtzand and Ian Loggie to steer the team to second place in the GT3-AM class at the Dubai Autodrome.

She was behind the wheel for around six hours in total, testing her driving skills in the endurance format competitively for the first time since racing in the single-seater British F3 Championship last year. 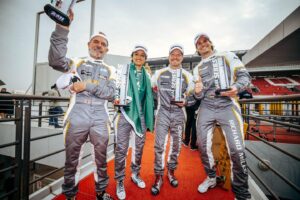 Reema with her teammates

“The result was beyond many expectations that I had so I am really happy with how it all went,” said Reema.

“The goal was simply to finish and as this was my first GT3 and endurance race, I had set a realistic expectation. But when we saw what we were capable of during qualifying, we saw that there was the potential for a podium finish. Because of our strategy and approach, we got to finish, which is a great feat in itself but to also get second position in our class and a top 10 finish overall was an incredible feeling.”

While she enjoyed competing in the 24 Hours of Dubai, she believes her single-seater racing experience was crucial in achieving the impressive debut result and has her dream of lining up at the 24 Hours of Le Mans – the world’s oldest active endurance racing event – firmly in her sights. 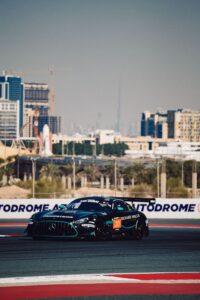 She said: “During my time in single-seaters, I wanted to learn as quickly as I could with the best in the business and learn the hard way. It was something I was willing to take because I knew there was a greater reward in the long run. This race is a testament to that, and I know that I am in the right place now and have the right tools to take the next steps towards my dream of racing in Le Mans.”

She added: “The biggest thing for me is to go into GT3 racing, that’s the plan and finding the right team and environment to become the best that I can and gain the best experience. Hopefully in the next two years I can compete in Le Mans if it all goes well.”