Emirati Drag Racer Hamda Taryam believes in following your dreams. As a young girl, she started experimenting with cars and drag racing in the UAE both in the streets and on tracks in Dubai and Abu Dhabi. 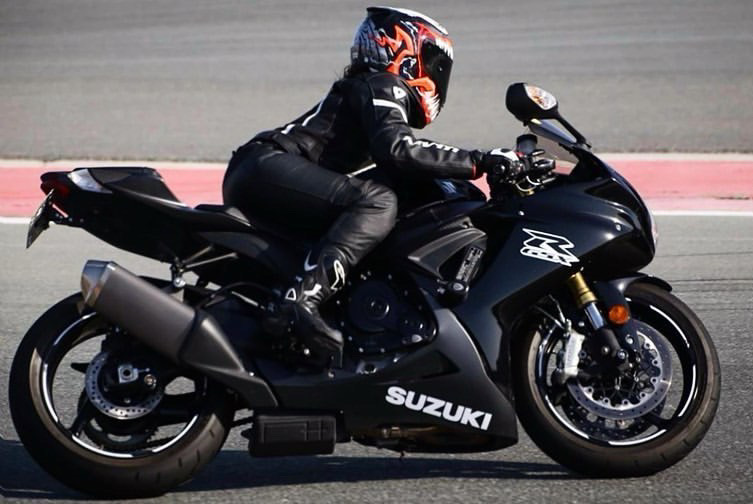 For her first race, she posed as a boy, after being worried about the expectations or opinion of others if they knew that a woman was competing in such a sport. But she soon overcame her critics and proved that as a young woman she could win races and turn her passion for driving into a career. Hamda was approached by Netflix to appear in “The Fastest,” a documentary which would see selected drivers compete against each other in a variety of cars that they modified themselves. Hamda won the competition and the experience raised her profile in the UAE and the region. Now at the age of 22, Hamda has dreams of competing internationally and she has just qualified for Rally Racing in Pakistan which will see her take that dream to a new level later this year.

In her spare time, Hamda uses the money she makes from racing to help those in need. Her foundation; the Hamda Foundation helps to provide, education and medical facilities for those in need in specific communities in Africa. By the age of 21, Hamda had helped with the reconstruction of a school and home for orphans in the small Ugandan town of Masaka. After meeting with some of these children she discovered that the people of this town had no medical facilities, so she used her earnings from racing to fund a hospital in the same town. It has since provided care for thousands of Ugandans in need of urgent medical support who would have otherwise struggled to get treatment. Here we find out more about Hamda’s life on and off the track and discover what she still wants to achieve that she hasn’t done yet. 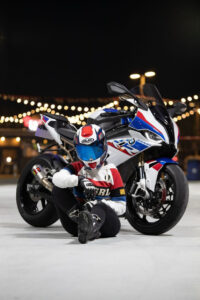 Tell us about your passion for drag racing and how you first got involved in motorsports?

I started racing when I was young and it was more of a passion at that time. I began by racing in the streets but eventually started going to the track to race at Dubai Autodrome. Here I started racing with other cars to see which was better for me and then I got hooked! That’s how I got to where I am now.

How did you first discover that you enjoyed racing?

In the UAE people love to race in the streets and it’s something that I was exposed to from a young age. The first time I raced, no one knew I was a girl, and I just wanted to see what it was like. Then once I had tried it, I started to think about what my car would need to help me go faster and to win races. That’s why I became interested in modification and started to adjust my cars and race others. I started to win street races and gradually it became a career. I began going to the tracks, I got sponsors and somehow I reached the level that I’m at today. 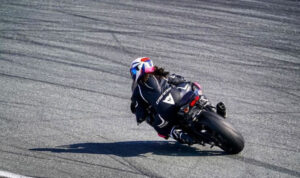 Have you competed against any other women, and in a sport that is usually associated with men, what challenges do you face?

It is a little strange but I have never competed against any other women. I know other women are racing in the UAE but so far I have only raced against men! To answer the second part of your question, I think I went through the phase where others judged me while I was very young, as I was quite popular in the racing community from a young age. Surprisingly, women judged me more than men, which was interesting, but I got used to it. And then after being judged for a few years it started to become normal for people to see me and they started to know me and accept me. Once I became one of them, it was easier!

What advice would you give to women who are interested in getting into motorsports?

I would tell them it’s not as overwhelming as you think. Once you’re into it your journey has started and you will enjoy it. So don’t be afraid! 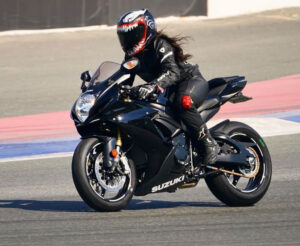 What goes through your mind when you’re driving?

Honestly, nothing goes through my mind except focusing on the race itself. That’s what got me addicted to racing because I feel it’s a form of meditation. It keeps your mind focused and for those few minutes that you’re driving, there is nothing else to worry about. That’s the part that’s most addictive for me and it gives me an awesome feeling. 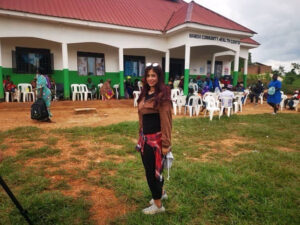 What is your biggest achievement so far?

My biggest achievement in racing would be reaching where I am now. This year I started to realise how far I’ve come. Before that I was just on autopilot, racing and moving forward, but recently it hit me that I have got to the level that I have and this is a huge achievement for me. I’ve won a lot of races but I’ve also lost a lot of races and for me to get through that and to be where I am today is a huge achievement that I’m very proud of. I’m happy that I kept on going and I’m also happy that I turned my hobby into a career.

On a personal level, my greatest achievement is through my philanthropy work. I have funded the construction of a hospital in Uganda for a small local community that didn’t have access to medical services. This is something that I have wanted to do since I first visited. Before the hospital, I helped the community to reconstruct a school for orphans. And through that, I found out more stories about how this town didn’t have any medical facilities. I honestly couldn’t sleep at night knowing, and I knew I needed to do something to help. So I decided to buy a plot of land and build a hospital. It took ten months and it was a gift from me to that community. It’s now open, we have added a new maternity section and I hope to expand it further.

Is this something you want to do more of as your career progresses?

Yes, I have promised myself that I will use the money I get from racing to further help this community. It’s something really special and important to me and as racing is in a way a hobby, I want to be able to help others through my achievements. 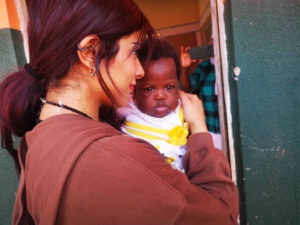 Tell us about the Netflix series “The Fastest” and how you came to be involved in this?

I was contacted by the team who were making the documentary and they invited me to take part. The idea of the race was that many types of cars would race against each other. So for example, I raced with a pickup truck against supercars and small cars. Depending how much you knew about cars and how fast and powerful your car is and your reaction, determines how you do in this kind of race. So it required very skilful driving and a lot of knowledge of cars. I won first place in the race and I couldn’t believe it because I raced in a car that was built in three weeks as my other car was broken at the time! So I ended up using a car that I used to go to the desert in and somehow I won! After appearing on that show there was a big reaction and it was a lot of fun. I think it definitely helped to raise my profile. Somehow people take me and my skills more seriously because I was in a show on Netflix! 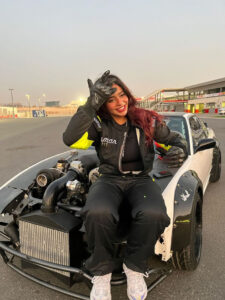 We are celebrating the upcoming Emirati Women’s Day – what does this day mean to you and what is a message you would share with other women in the UAE?

Firstly, I think it’s awesome for us to have a day that celebrates all women in the UAE. And my message to other women would be that I believe all women should do what they enjoy doing or whatever they want to do, without thinking about the reactions of others or feeling that as a woman there are things you can’t or shouldn’t do. Go with what you love and what you enjoy and wherever your voice tells you to go.

How do you think the support of Emirati women who want to take on unexpected roles and tasks has increased over the past years?

I think there has been a big shift around this in the last few years and there is so much support from others. Even men supporting women has become so much more noticeable and I think in all categories people are more accepting. 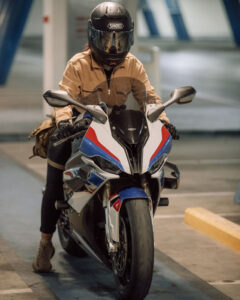 Who has been your biggest support throughout your journey?

What is something you would still like to achieve that you haven’t done yet?

I want to race internationally. I have qualified for rally racing in Pakistan but I want to do more of that and take it to the next level, racing in countries around the world and getting podiums in those races. That’s my dream. For rally racing, there is a large community and opportunity to race outside of the UAE and I hope I can explore that further.

How do you spend your time when you’re not racing?

I love to spend my time in nature. It can be anywhere. And I love to travel.

You are still young, where do you see your career progressing? 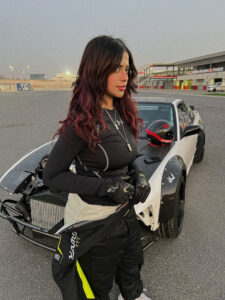 This might sound quite weird but honestly, I inspire myself. When I look back at my life and my achievements and setbacks so far it inspires me to do more and to keep going. I haven’t had a perfect life but I get inspired by how far I’ve come, not only in racing but throughout my whole life.

What is a motto that you live by?

I’m the type of person who doesn’t like to live in the past or continue to address things that have happened in the past. Whatever has happened previously I programme my brain to keep it there and I live day by day.

Where is your favourite place to drive?

I love to ride my motorcycle in Jebel Jais where the mountains are. I feel so free when I’m there it’s amazing. 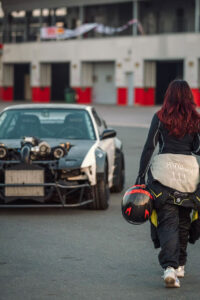 The rally racing in September of course is a key moment and then on a personal level expanding and building more hospitals in Uganda and also targeting different countries for similar projects to help those who need it. 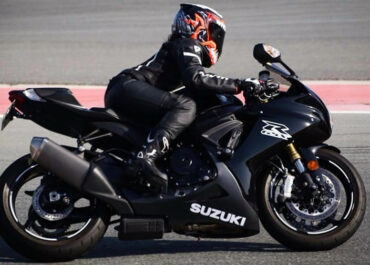 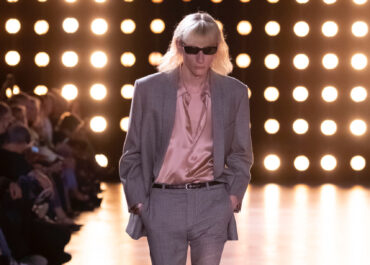 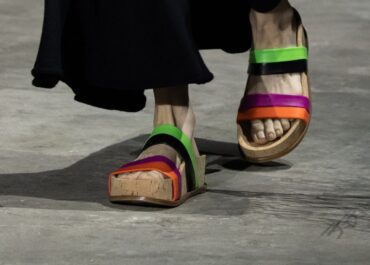 ACCESSORIES Step Into Summer: Must Have Sandals For All ... 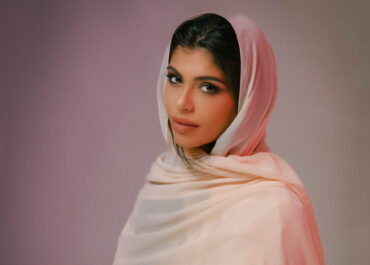 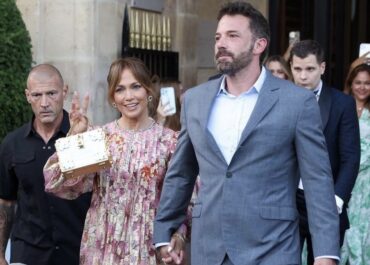 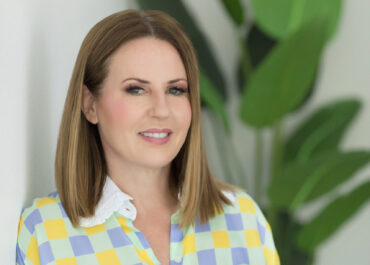 BEAUTY Skincare Expert Rebecca Treston On How To Ge...

MEN Relaxed Retro: Must Have Summer Looks For Men 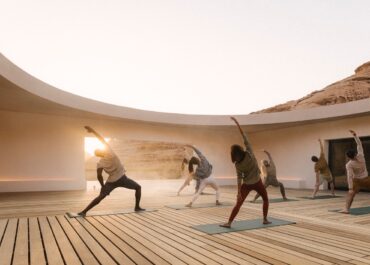 FITNESS & WELLBEING This Luxury Destination in AlUla is Introduc... 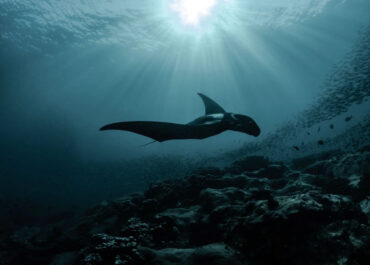 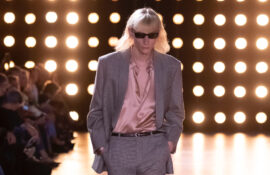 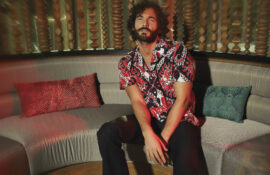 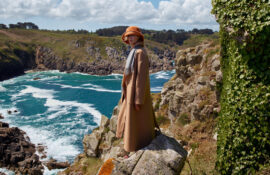 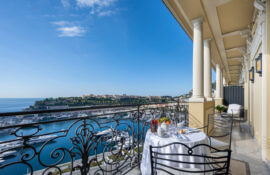