AT THE TIME OF HER DEATH ARCHITECT ZAHA HADID HAD ALREADY BEGUN WORK ON DUBAI’S OPUS BUILDING, TODAY WE CELEBRATE HER UNIQUE STYLE IN THE UAE. 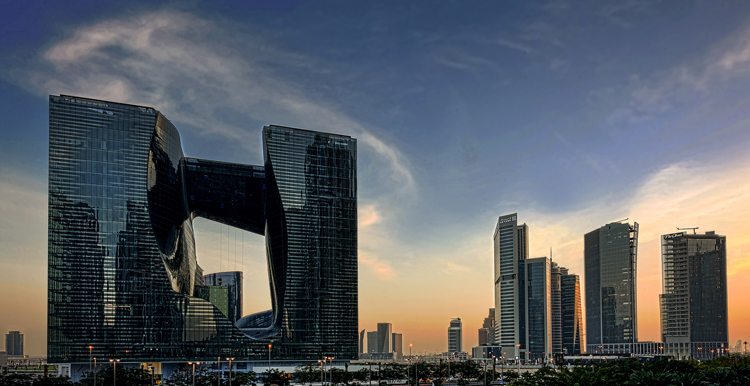 Zaha Hadid was one of the world’s most sought after architects. As a woman in a predominantly man’s world, the Iraqi-born creative strived to gain recognition for her unique and forward-thinking designs and paved the way for women in the Arab world to have great success.

The architect was lucky enough to do that and became one of the most celebrated names in the creative industry. She was made a Dame by Queen Elizabeth II in 2012 and in 2015 she became the first and only woman to be awarded the Royal Gold Medal from the Royal Institute of British Architects. Hadid has been celebrated as a visionary thinker who embraced the fluidity of designs and captured a unique vision in her creations. She entwined natural organic forms with the precision of mathematics to create structures that truly are unique. 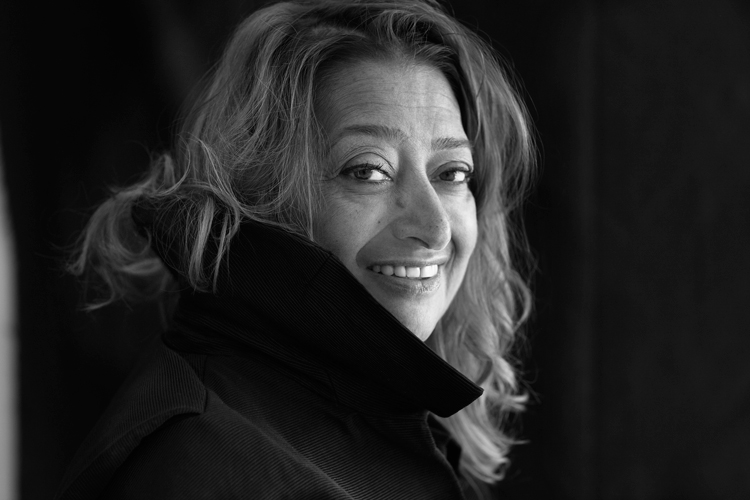 Some of Hadid’s major works include The Aquatic Centre for the London 2012 Olympics, Michigan State University’s Broad Art Museum in the US, the Guangzhou Opera House in China, and the Beijing Daxing International Airport, also in China. Hadid’s signature style of architecture is instantly recognisable. She was described as “The Queen of the Curve’” and gave a whole new meaning to shape and curves within architecture. She is known for her use of geometric shapes and dynamic structures that are some of the most modern buildings in the world. 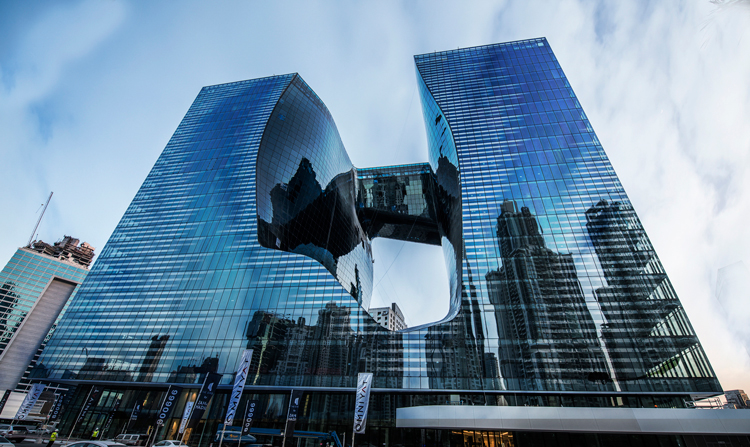 In 2016 Hadid sadly passed away, but at the time of her death many of her projects were already in progress. This included The Opus by Zaha Hadid in Dubai’s Business Bay. The Opus building which is part of the Omniyat catalogue of structures is a combination residence, offices, outlets and it will also house the ME by Melia hotel when it opens later this year. This iconic building has been taking shape within Dubai’s Business Bay and it finally opened its doors late last year. From the interior to the exterior this futuristic design captures Hadid’s signature style and features unique aesthetics. The Opus comprises of two structures that form a single cube that appears to hover above the ground. It has fluidity and natural curves that mirror an ice cube, eroded by free form. It is a striking structure that changes the landscape of the district. 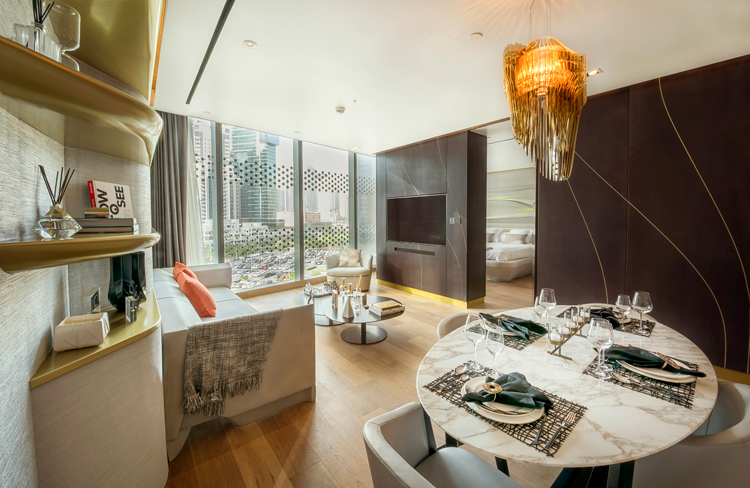 Within the Opus façade lies a striking display of LED lights. Each light individually programmed and part of a complete matrix. During the day The Opus has a luminous surface, reflecting the sunlight, but at night its LED lighting brings it to life. The Opus void, which is essentially the open space in the middle of the building, was designed to give space to light, while the bridge at the top of the void is a one-of-a-kind architectural and engineering design. It connects the two towers and is manufactured with curved double glass, double curved aluminium frames and steel elements. This area consists of three floors of the most exclusive serviced residents where VIP guests can enjoy a spectacular view. 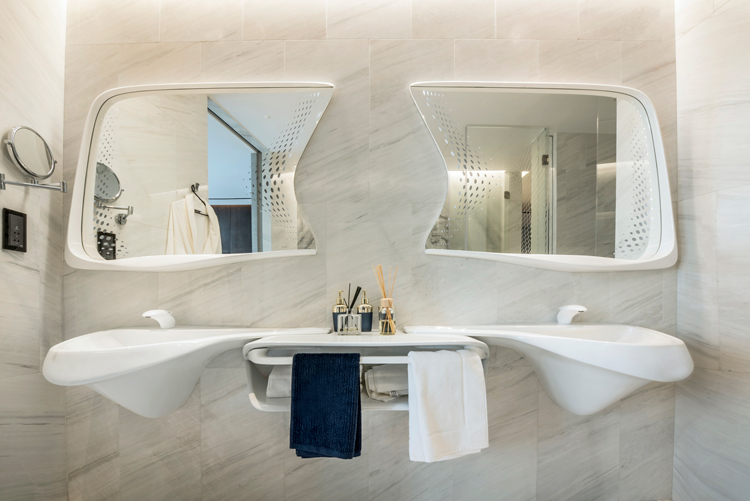 The name Opus was chosen in reference to the term ‘magnum opus’ meaning a masterpiece or the greatest work of art by an artist. In celebration of Hadid’s legacy and the stunning architecture she envisioned for this building. Within The Opus sits The Zaha Hadid Gallery. A celebration of the architects ingenuity and innovation, the gallery is a space that honours her work and celebrates her achievements. It allows visitors to get a greater understanding of Hadid’s work and her achievements.