Pomellato Adds Movement To Some Of Its Iconic Jewels

Pomellato is taking inspiration from the traditional “En Tremblant” technique to add unique and mesmerising movement to some of its iconic pendants and its new Sabbia rings. 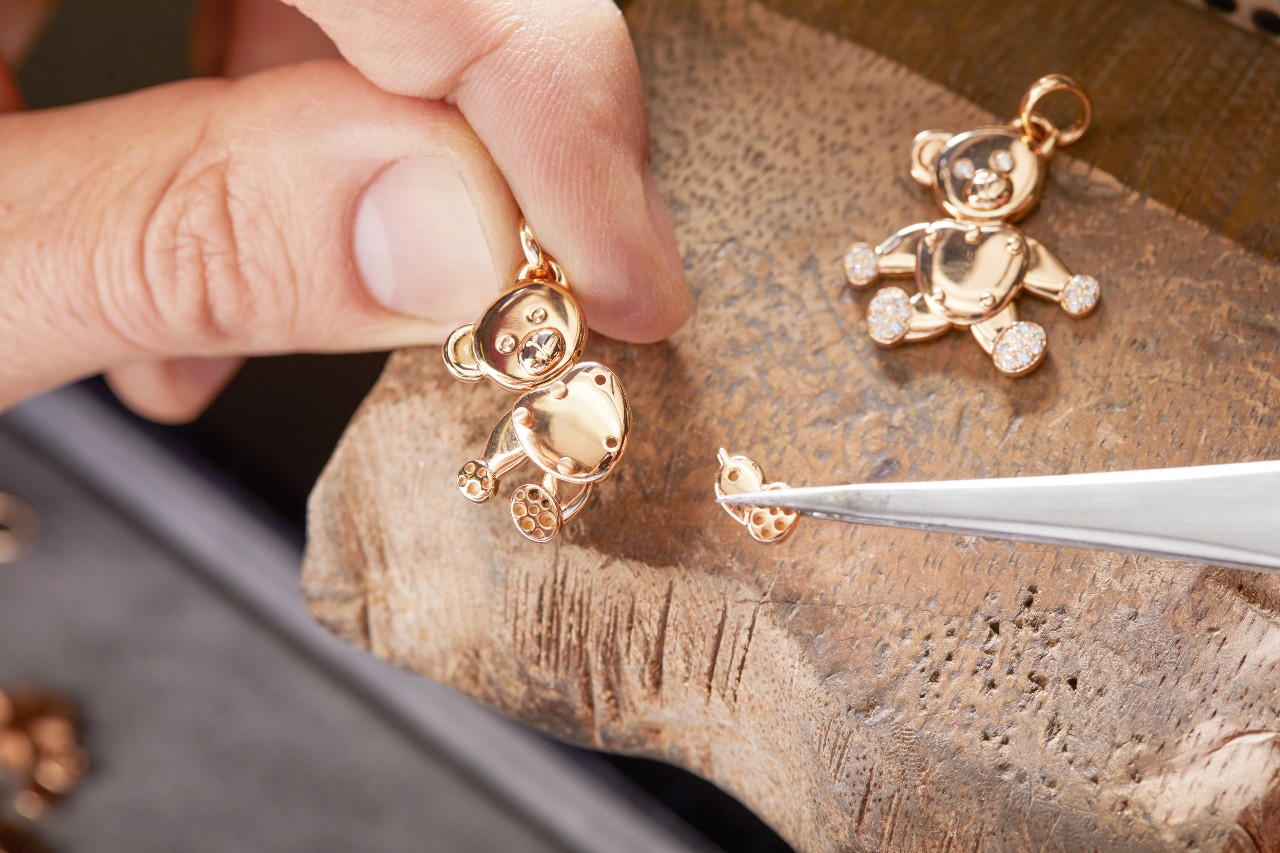 A brand who is passionate able combining innovative design techniques with traditional craftsmanship, Pomellato set out on a quest to bring movement to its elegant Sabbia rings.  The Italian jeweller has created a very modern way to inject fun into its iconic design inspired by a traditional 18th-century setting, known as “en tremblant”. 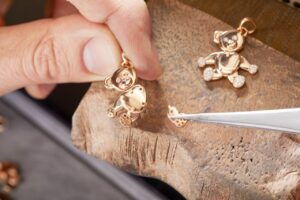 “En Tremblant” is an old French term meaning “trembling”. In this context, it refers to a technique developed by jewellery ateliers in the 18th century who wants to add liveliness and different heights to their jewels. The craftsmen mounted parts of large diamond jewels such as brooches and hair ornaments on tightly coiled wires that like springs quivered and bounced as the body moves. 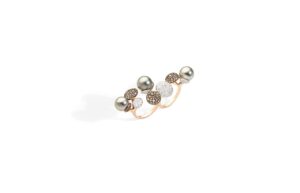 Sabbia ring in rose gold with pearl, white and brown diamonds by Pomellato

Today this traditional technique comes back to life as it brings movement to Pomellato’s latest jewels. On the King, Queen and Orsetto pendants articulated limbs move like puppets. This playful design adds three-dimension to the pieces. 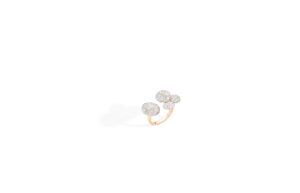 SABBIA ring in rose gold and diamonds by Pomellato

The Sabbia across the finger rings have been given the addition of hidden mobile joints which allow the discs to gently spin and tip on the hand like a flower swaying in the breeze. As the discs come to like the diamond facets send out a dazzling shower of refracted light. The two variations in rose gold with white diamonds and with brown and black diamonds will sparkle on the hands of the wearer. 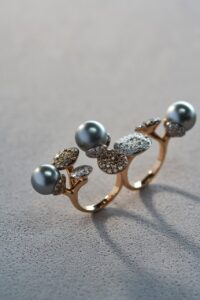 The natural and organic effect is emphasised with the variety in shape, size and colour of each disc. They are clustered like petals that hover over the fingers. On the larger, double rings, grey Tahitian pearls add a soft and subtle glow. The mechanism that creates the movement is totally invisible and encased in a curved gold cup that nestles under each gift or pearl.