Designer Alber Elbaz, the former creative director of Lanvin who abruptly left the label over a year ago, has teamed up with French perfumer Frédéric Malle for a new fragrance creation. 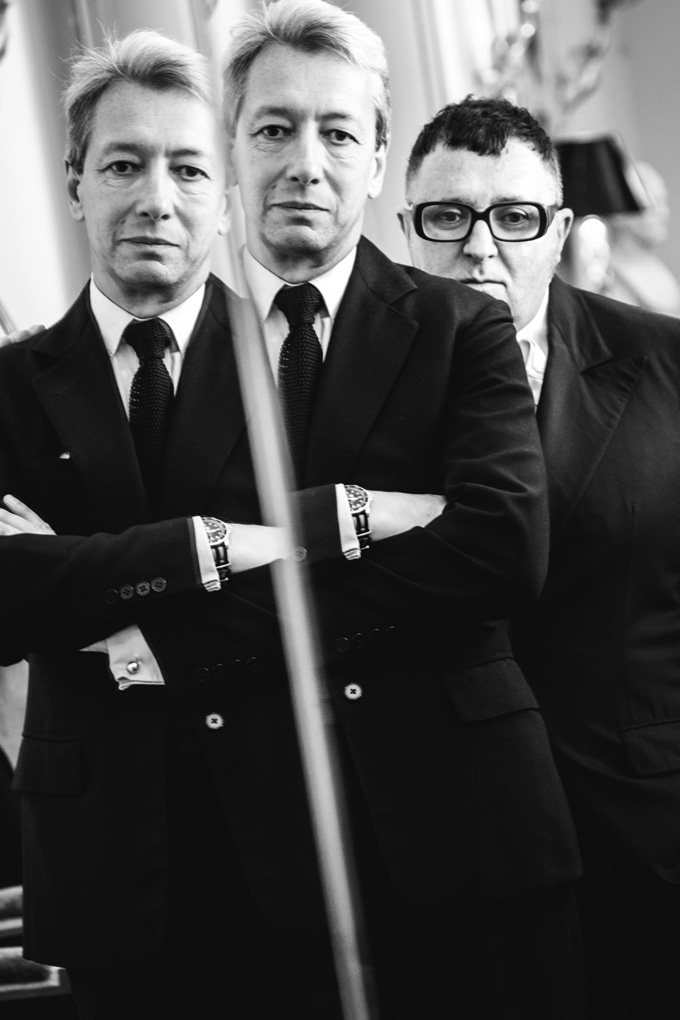 Fashion designer and icon Alber Elbaz announced the collaboration during a special ceremony where he was officiated as an Officier in the Légion D’Honneur in Paris. The scent, Superstitious, is the 24th fragrance edition for Frédéric Malle, and also marks the second-ever fragrance Malle has created in collaboration with a fashion designer, previously he partnered with Dries Van Noten in 2013.

Frédéric Malle and Alber Elbaz worked with perfumer Dominique Ropion to create Superstitious. Mr Elbaz explained, ‘The word ‘Superstitious’ was the starting point of it all, something we agreed upon immediately. We are both superstitious.’ 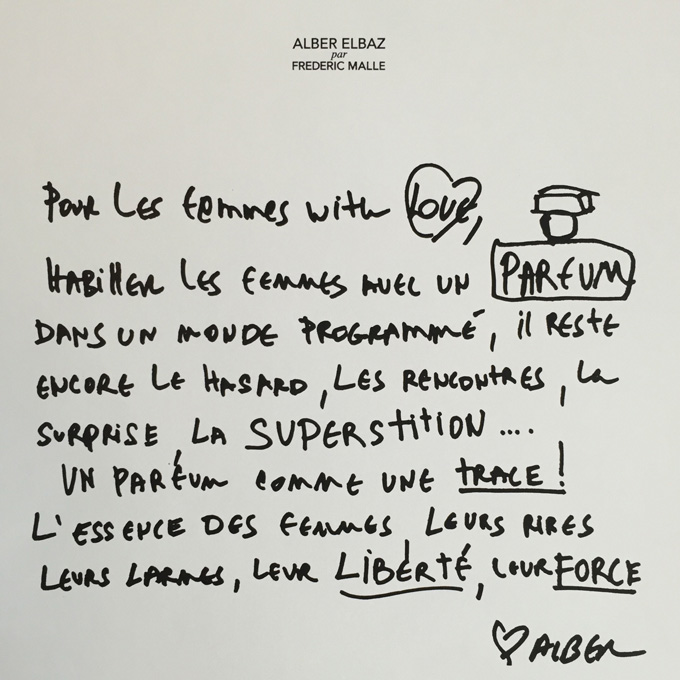 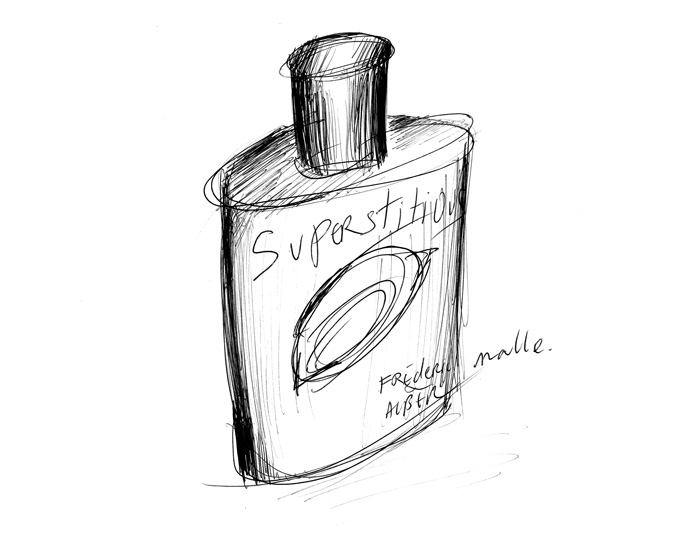 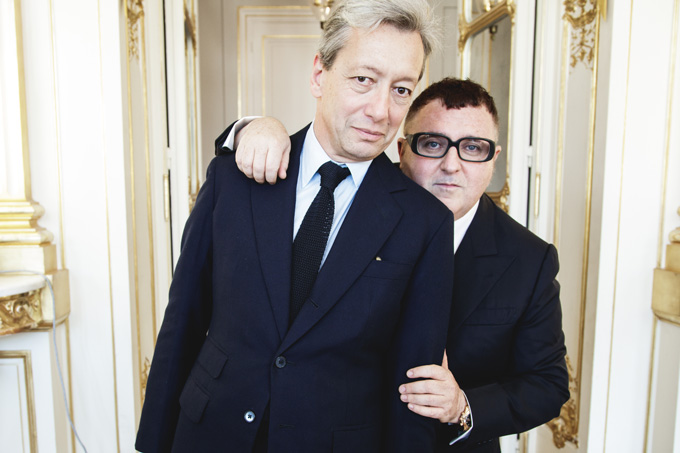 ‘I have always admired Alber for making the women who wear his clothes appear even more beautiful. It is all about them and not about himself.’