From the likes of Elie Saab to Rami Al Ali, the French capital has never been so flooded with designers from the Arab world making a splash during Couture week. 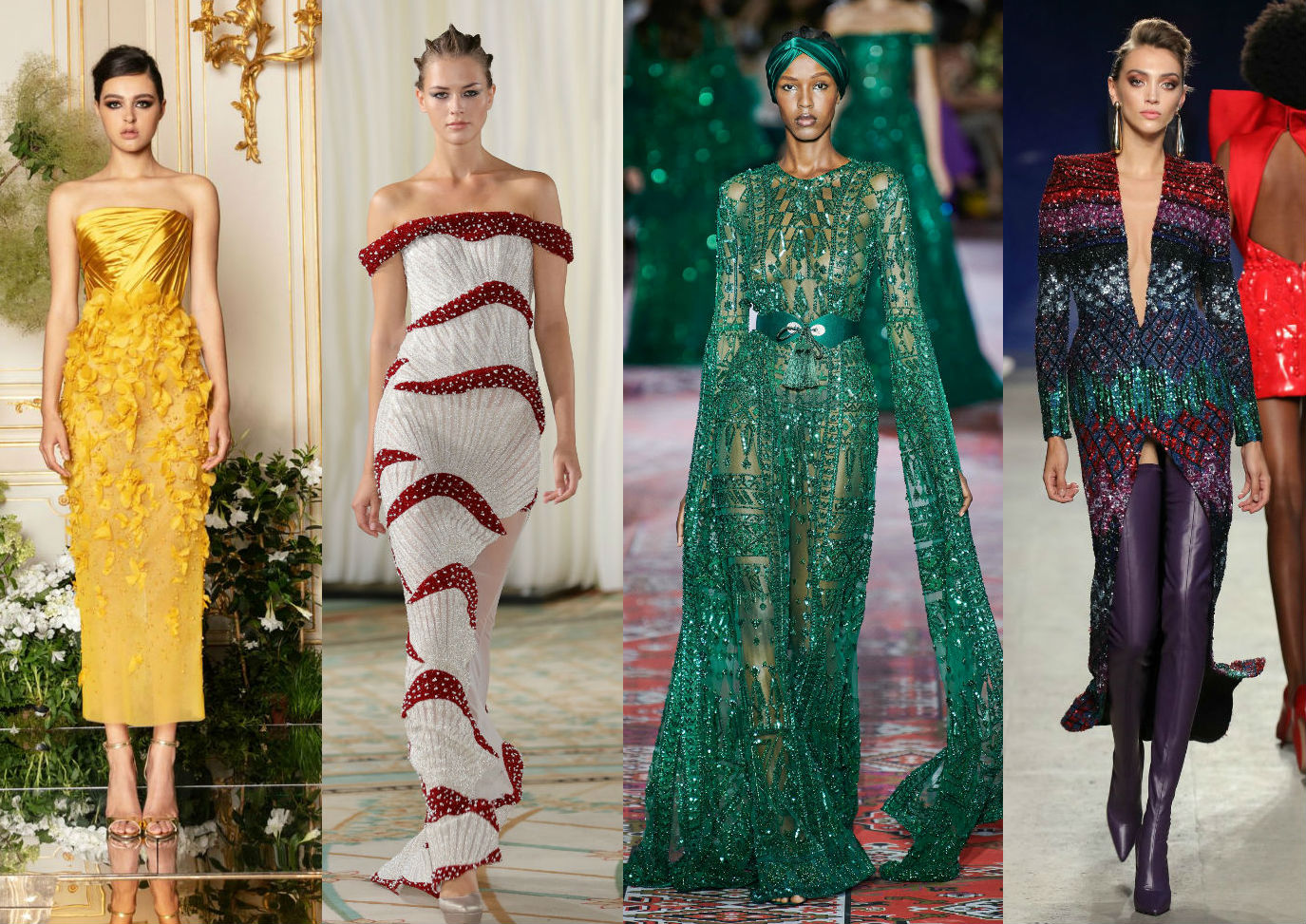 Not only were so many of our favourite designers present,  but many of the collections were better than ever for Autumn/Winter 2019, and we can already predict famous faces donning them to award shows and red carpet events over the coming months.

If you missed the shows as they happened, here are some of the highlights. 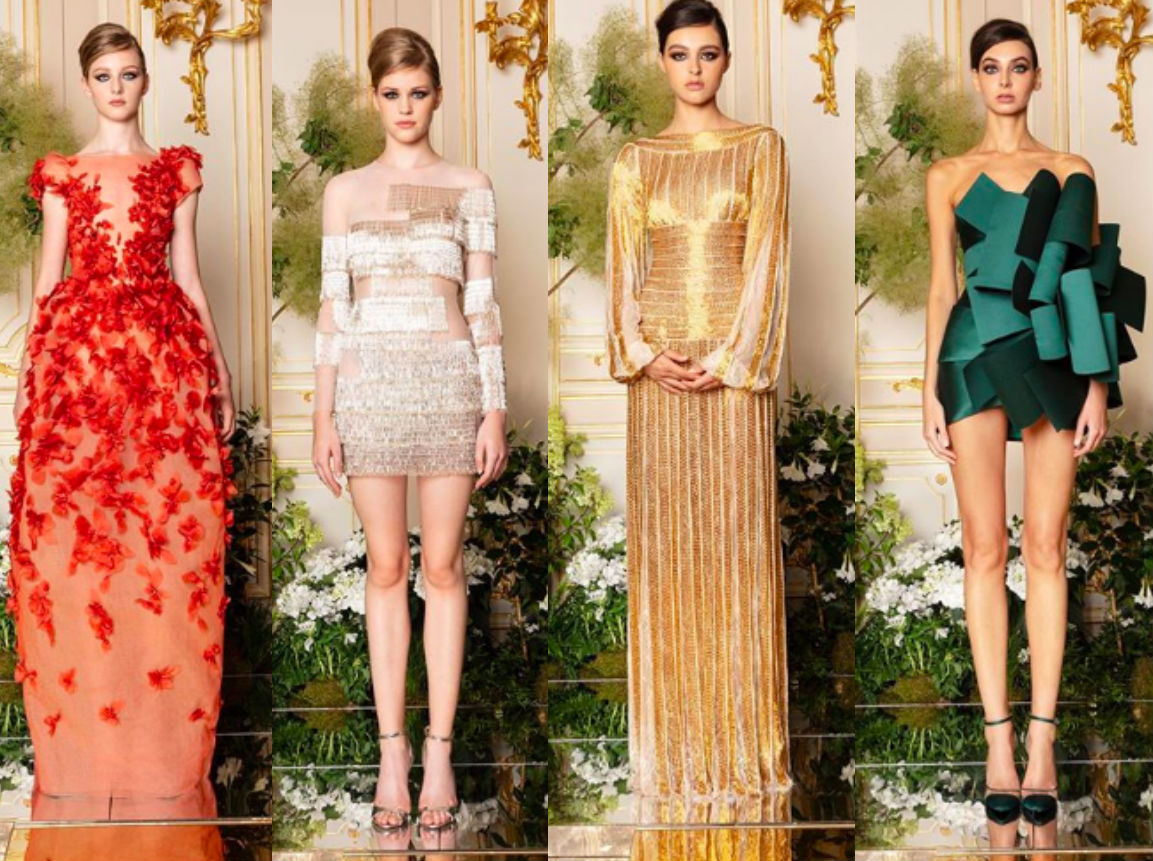 From the first look to the very last showcased by Rami Al Ali, a seasonal collection was presented that was both glamorous yet incredibly wearable. Born in Syria with his label based in Dubai, the local designer took his inspiration from the Cafe Society of the nineteenth century – those who met in elegant cafes in cities from London to New York to socialise and organise glamourous balls and parties for those who moved in such circles. See more here. 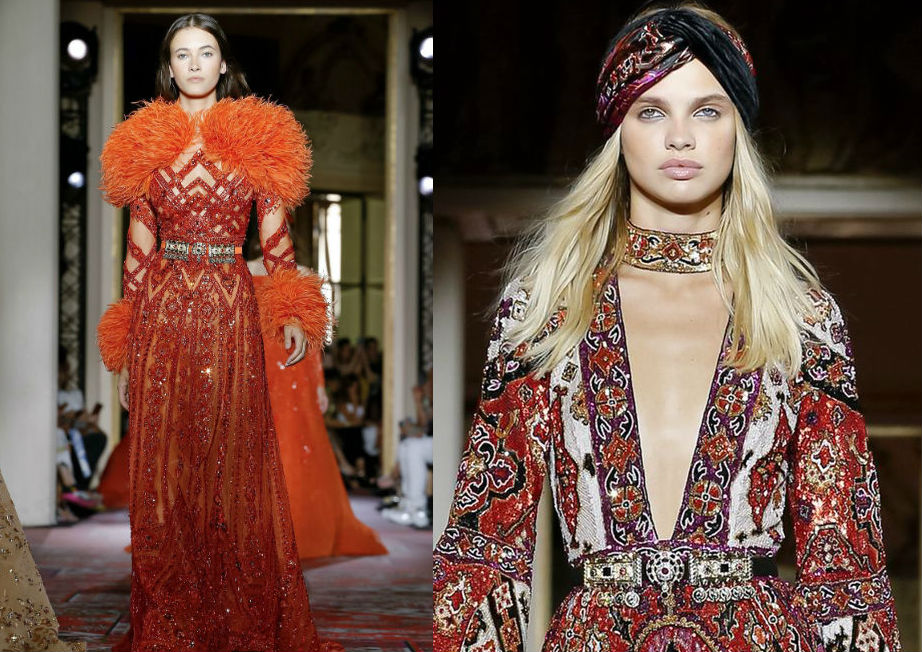 Lebanese designer Zuhair Murad has been presenting his Couture collections in Paris since 2001, and his AW19 show didn’t disappoint. Inspired by the colours, patterns and motifs discovered after a recent exploration of Marrakesh, Murad’s designs worked busy patterns onto silk fabrics, creating sheer embellishment skin-tight gowns that were balanced out with a flowing cape and used feather hems and puffed hips to create volume. Intricate embroidery was as the heart of it, the final bridal gown, which was truly princess-worthy, being the show-stopping piece.  See more here. 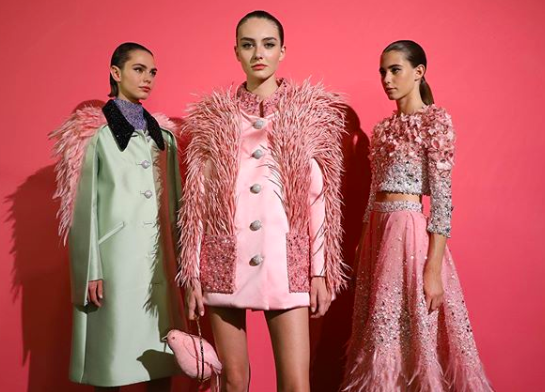 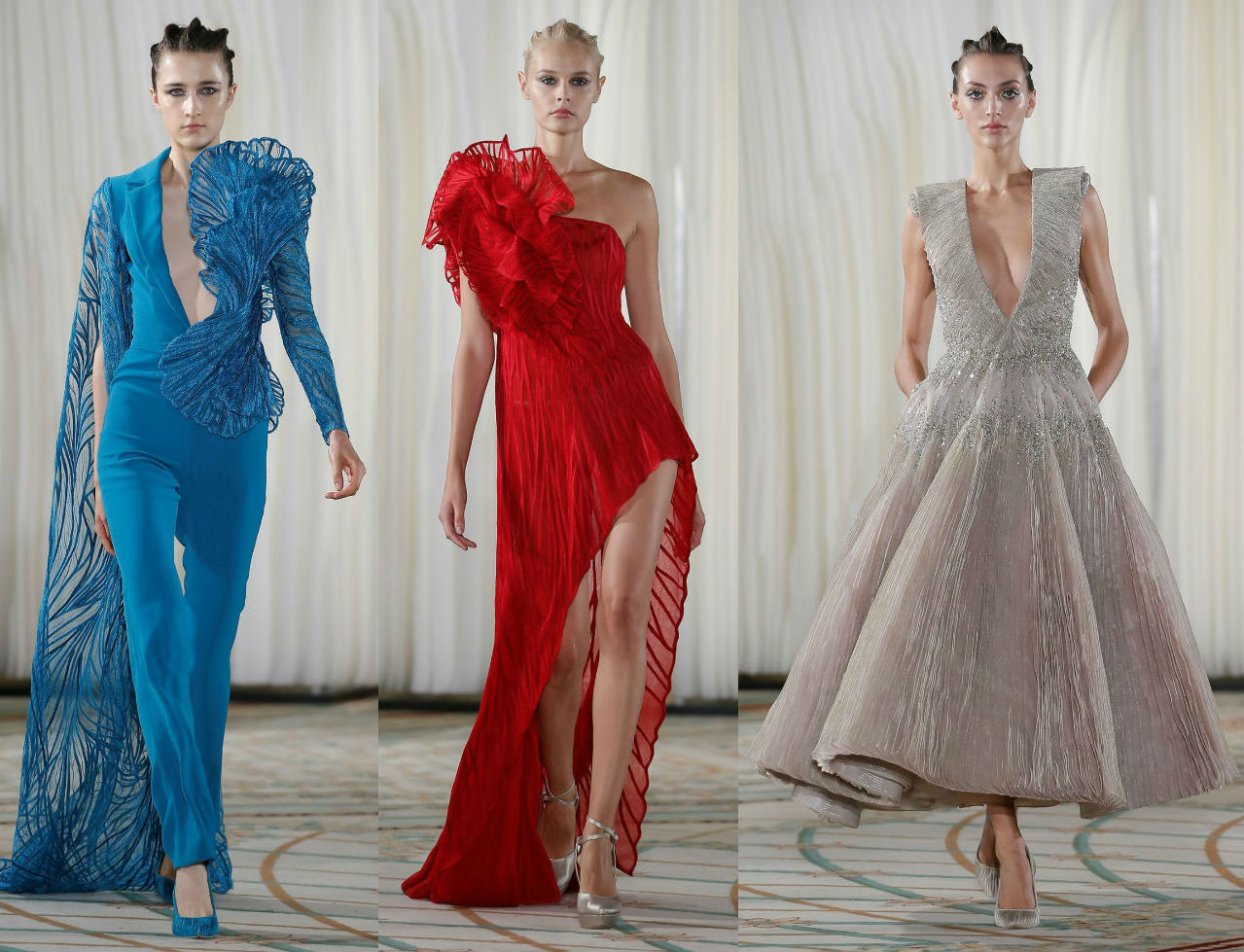 Lebanese designer Tony Ward was inspired by what he calls the “most ancient and mysterious creatures” of the universe. The infinite shapes and patterns of fungi, as well as the earthy tones, were explored, while the Blossoming Fibres collection introduced 3D printed garments for the first time. See more here. 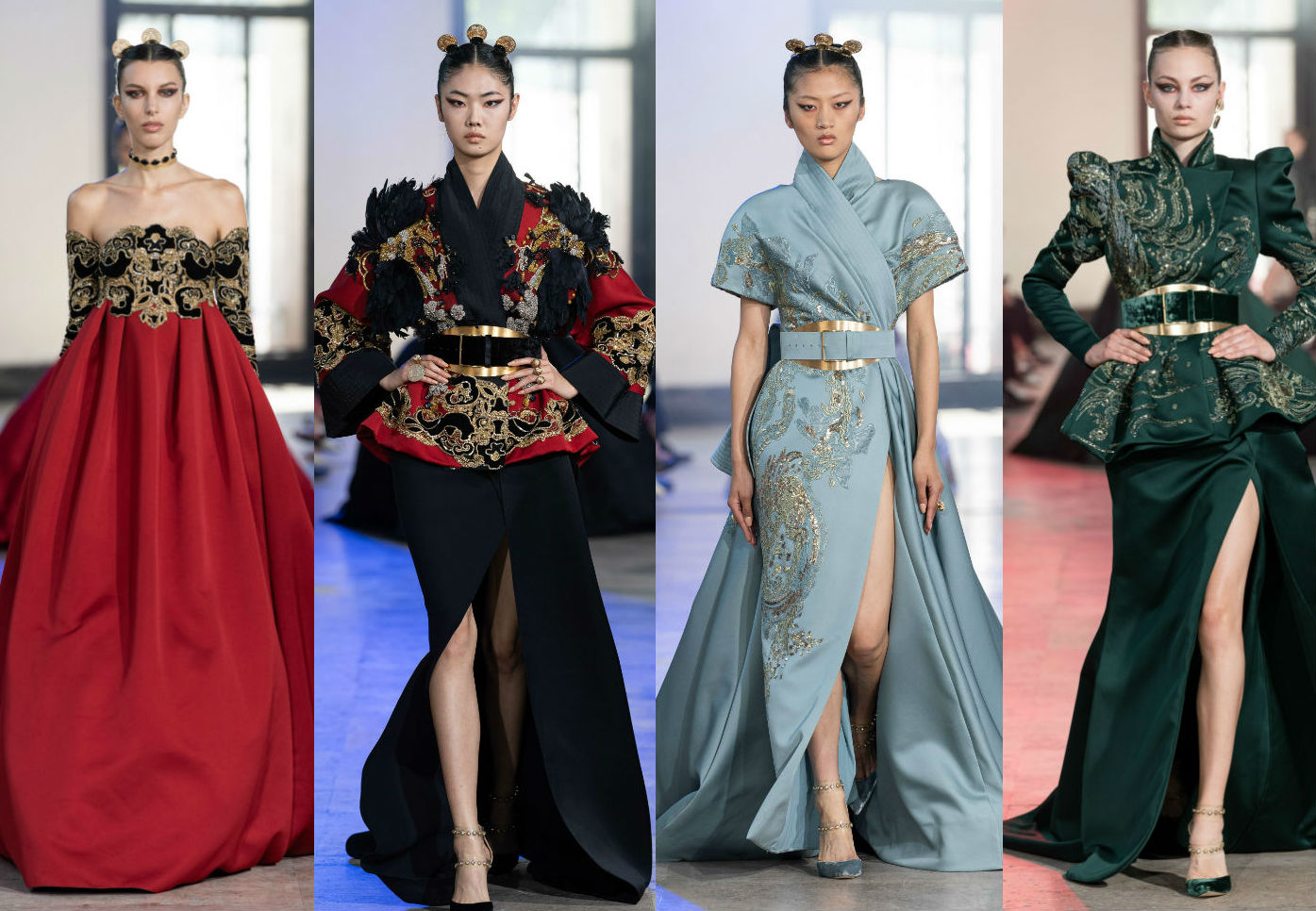 Lebanese fashion designer Elie Saab headed to Palais de Tokyo with his Couture show for AW19, and it delivered a collection that drew on Chinese and East Asian symbolism and culture. Elia Saab took on traditional shapes such as the kimono gown, wide sleeves, waist shaping detail and haori jackets, Saab added his own flair with heavy embellishment, silk fabrics and a touch of sheer glamour. See more here. 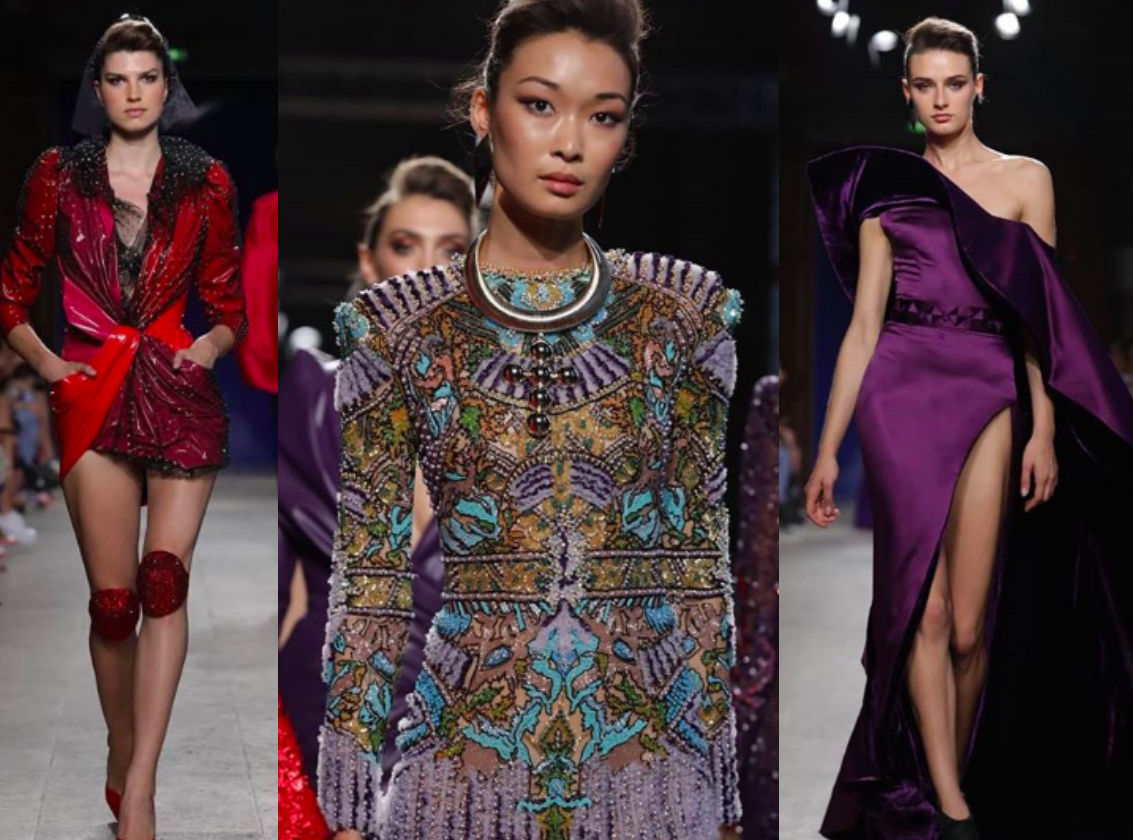 Nicolas Jebran presented his collection titled My Golden Odyssey at Les Invalides in Paris. The Lebanese designer who established his fashion house in Abu Dhabi in 2000, curated a collection that was daring in shapes and cut-outs and deep in ink navy and orchid purple shades. Embelshiement reigns – ranging from accentuating sheer fabrics to creating mosaic effects – and a waist-clinching wrap cut was prominent in the collection. 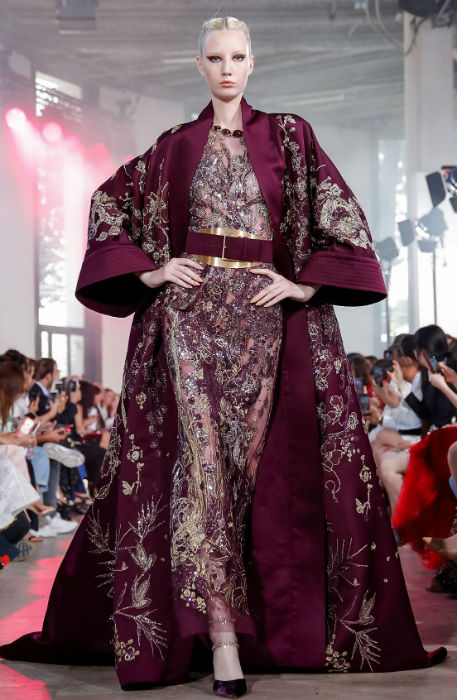 The Best of Paris Men’s Fashion Week SS20, From Kenzo to Dior Homme, Valentino and More