The fashion world mourned the news of Karl Lagerfeld’s death on February 19, 2019. But to celebrate the late Creative Director for Chanel, we take a look back at the life of the legendary German designer, reflecting on what made him such an icon.

There has been no bigger gap created in the fashion world than the one left after Karl Lagerfeld’s death.

The designer and fashion visionary passed away in Paris in February 2019, and the industry has been shaken ever since. Just three days before his Autumn/Winter 2019 runway show for Fendi, the news was announced, leaving big shoes left to fill and two collections for both Fendi and Chanel to be finished in time for the upcoming season’s shows.

Yes, Karl was a designer and Creative Director. But what he really was, was an artist. An artist in the literal sense thanks to his insistence on creating hand drawn freehand sketches of all his designs, but also an artist in the way that he behaved and captured the emotion of the public – he was truly a once in a lifetime character, a force of nature and will inspire the fashion industry for many generations to come.

Born to a family that was far from fashion, Lagerfeld grew up in Hamburg, Germany and was happiest in art class and when he was drawing and sketching. He had a dream to move to Paris after he was inspired by French artists and he eventually made the move 1953.

Two years later, Lagerfeld entered a coat designing competition and won, befriending no other  than Yves Saint Laurent at the time. The two could never have known then the legacies they would both create. Lagerfeld worked as an assistant to Pierre Balmain for three years before becoming the Artistic Director for Jean Patou. He soon went to Rome to study art history and found himself consulting for brands including Chloé and Valentino. While in Rome, in 1967 his big break came when he was hired by Fendi.

Lagerfeld joined the house in of Fendi 1965, initially taking on the role of Creative Director of Fur. At the time Fendi was known to be the market leaders in fur design and a specialist in luxurious creations. Lagerfeld made it his goal to change the way fabric was used, developing new techniques in collaboration with Fendi’s artisans he used it as a light and versatile fabric for the first time.

Removing heavy linings, creating endless possibilities of experimentation with the fabric. In 1977 Lagerfeld launched women’s ready-to-wear. Incorporating the techniques he had introduced in fur into a wearable line that took the brand to the next level.

In 1994, Silvia Venturini Fendi, joined to work alongside Lagerfeld as Creative Director of Leather Goods and Accessories. The two worked together for twenty five years reinventing the brand over and over and making it internationally renowned not just in fur, but in its ready-to-wear, accessories and Haute Fourrure which was introduced by Lagerfeld in 2015.

Haute Fourrure explores the most extraordinary ways of working with rare and precious furs, combining it with elaborate embroideries and breath-taking techniques that only Lagerfeld could envision. His eye was truly unique as well as his creative mind. For the first Haute Fourrure show Lagerfeld envisioned a glass catwalk built onto the Trevi Fountain in Rome (a monument that Fendi had contributed to the restoration of). The show was one of the most memorable moments in Lagerfeld’s career.

It is very rare today for a Creative Director or designer to be at the helm of two such globally known fashion houses and it was this that really made Lagerfeld one of a kind. As much as he had spent decades of his career with Fendi, in 1982 he joined Chanel, at a time when the brand was thought to be dead. Lagerfeld used his energy, passion and incredible mind to bring life back to the brand, re-designing its image, it’s ready-to-wear and it making it current again.

It was Lagerfeld who developed the iconic CC monograph that today is one of the most recognisable patterns in the world. When he joined the house Lagerfeld looked to the past for inspiration for his designs and in his own very unique way merged the past and present to keep the rich history of Gabrielle Chanel but make the brand relevant once again.

There are endless achievements and landmark happenings in Lagerfeld’s career – too many to list but the essence of what he did with the brand has inspired millions and even billions in the 37 years he was there.

In recent years Karl’s collections for Chanel moved with the times but somehow kept the authenticity and classic style of the brand. He had a unique way of moving things forward but ensuring they somehow feel timeless. His runway shows became more and more extravagant, with him transforming Paris’ Grand Palais into everything from a supermarket to a beach to a Parisian street.

Karl’s fame at Chanel earnt him the respect and friendship of many a model and celebrity. Karl became the face and icon of Chanel and was as much the brand as he was himself in a way.

Perhaps the reason why Karl was so popular was because of his uniqueness and unconventional approach to work, his appearance and his nonchalant attitude. His appearance – a white pony tail, dark sunglasses and always holding his cat, became like one of his sketches in itself. A caricature and icon of the fashion world that was as recognisable as the Chanel logo itself.

When it came to his opinions Lagerfeld was far from shy. He said what he wanted to say when he wanted to say it no matter who he offended, and he offended may on the way. But somehow it became what everyone began to love about him. From his opinion if you wear sweatpants you have lost control of your life, to why he found ugly people depressing, its true to say Lagerfeld offended many with his outspoken opinions over the years, but he inspired a whole lot more.

In memory of Karl Lagerfeld

Karl Lagerfeld was loved and respected by those in the fashion world and beyond and was a source of inspiration for many fashion designers, models, creative directors and more. He has touch the lives of so many and the sadness of his passing was shared all around the world. Celebrities, designers, journalists, models and more share their sadness for the passing of the legend.

“I was extremely saddened to hear of Karl Lagerfeld’s passing. He was such an emblematic personality, an icon with whom I had the immense good fortune of working early in my career, at Fendi. I appreciated his culture, directness and humour and admired his creations for the free and modern vision of fashion he offered women. We will miss him terribly and my thoughts especially go out to his teams at Fendi and Chanel.” Maria Grazia Chiuri, Creative Director for women’s collections at Dior.

“Karl your genius touched the lives of so many, especially Gianni and I. We will never forget your incredible talent and endless inspiration. We were always learning from you.” Donatella Versace

“Waking up to a world without Karl. So sad. And strange. He was a great inspiration to me, and, undeniably a unique and extraordinary talent. RESPECT. Rest In Peace KL.” Marc Jacobs

“He was a man who transcended material, style, clothing to reveal the personality. He embodied French excellence and elegance. His life was dedicated completely to his art, through hard work and exacting standards. Thank you, Karl Lagerfeld.” Nicolas Sarkozy, Former President of France.

“What a talent. What an appetite for life. Wonderful and lethal company. Never a dull moment. Love, Elton xx” Elton John

“So incredibly sad to hear this. Karl was a genius and always so kind and generous to me both personally and professionally. RIP 💔x vb” Victoria Beckham

“Karl, I will miss your indescribable presence, watching your calm, quiet, genius mind working, your little jokes, amazing stories, and experiencing the clothes, sets, and productions only you could dream up. Thank you for believing in me and for the beautiful, incredible opportunities you brought to my career, but mostly, thank you for giving me the honor of knowing the magic behind the myth. There will never be another Karl Lagerfeld. I am overwhelmed with sadness today, but also with so much love, admiration, and gratitude for you. To all his beloved friends and colleagues, and his favorite girl Choupette, my heart is with you. Rest In Peace King Karl. I didn’t want this day to come.” Gigi Hadid

“BYE DEAR KARL. WE SHALL MISS YOU. RIP” Mario Testino

“Karl…..I cannot tell you how much you meant to me and how much I will miss you,I will never forget your kindness towards me, your laughs, your imagination. I came to France to see you this week and introduce you to my daughter…I’m heartbroken I was too late. Rest In Peace, I adore you.” Diane Kruger

“@karllagerfeld your incredible talent and joie de vivre will be missed by all of us who love fashion and you.” Cindy Crawford

“There will always be a place in my heart for you, my dear Karl. I will never forget your kindness, your generosity and how much we have laughed together..I will truly treasure those moments forever. You have inspired us in so many ways! Thank you, maestro. I love you,” Penelope Cruz

READ: Makeup According To Karl Lagerfeld 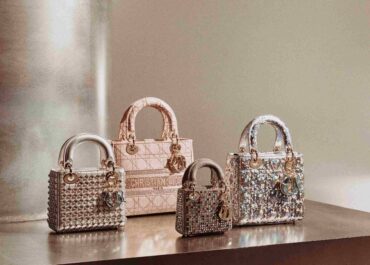 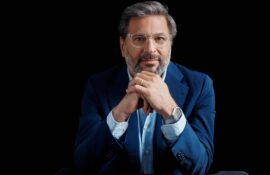 WATCHES Guido Terreni, CEO of Parmigiani Fleurier Discusses the New Vision and Direction of the Brand May 1, 2022