As Milan Fashion Week kicks off this September, we reflect on some of the runway highlights as the week rolls out. 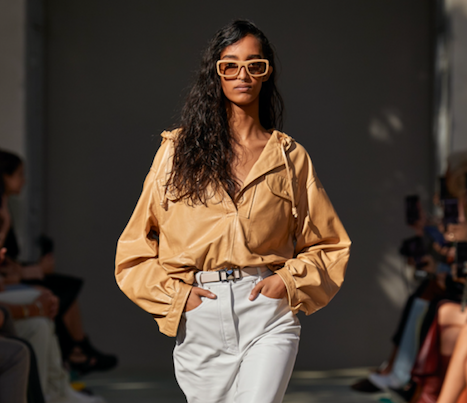 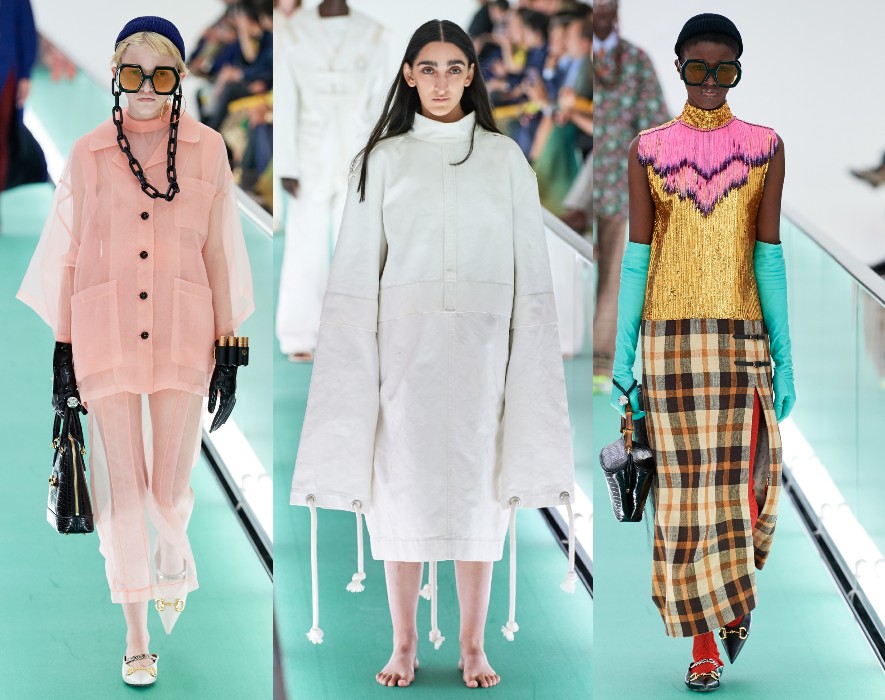 For his SS20 collection for fashion house Gucci, quirky Creative Director Alessandro Michele kickstarted thing with an opening that was bizarre, to say the least – models wearing all white in styles reminiscent of straight jackets were shrouded in red light. Later it would become aware that this was all theatrics; none of these items were to go on sale. As for the collection that will be hitting the shelves – graphic block colouring was teamed with unconventional tailoring and many garments even boast an equestrian feel, too. 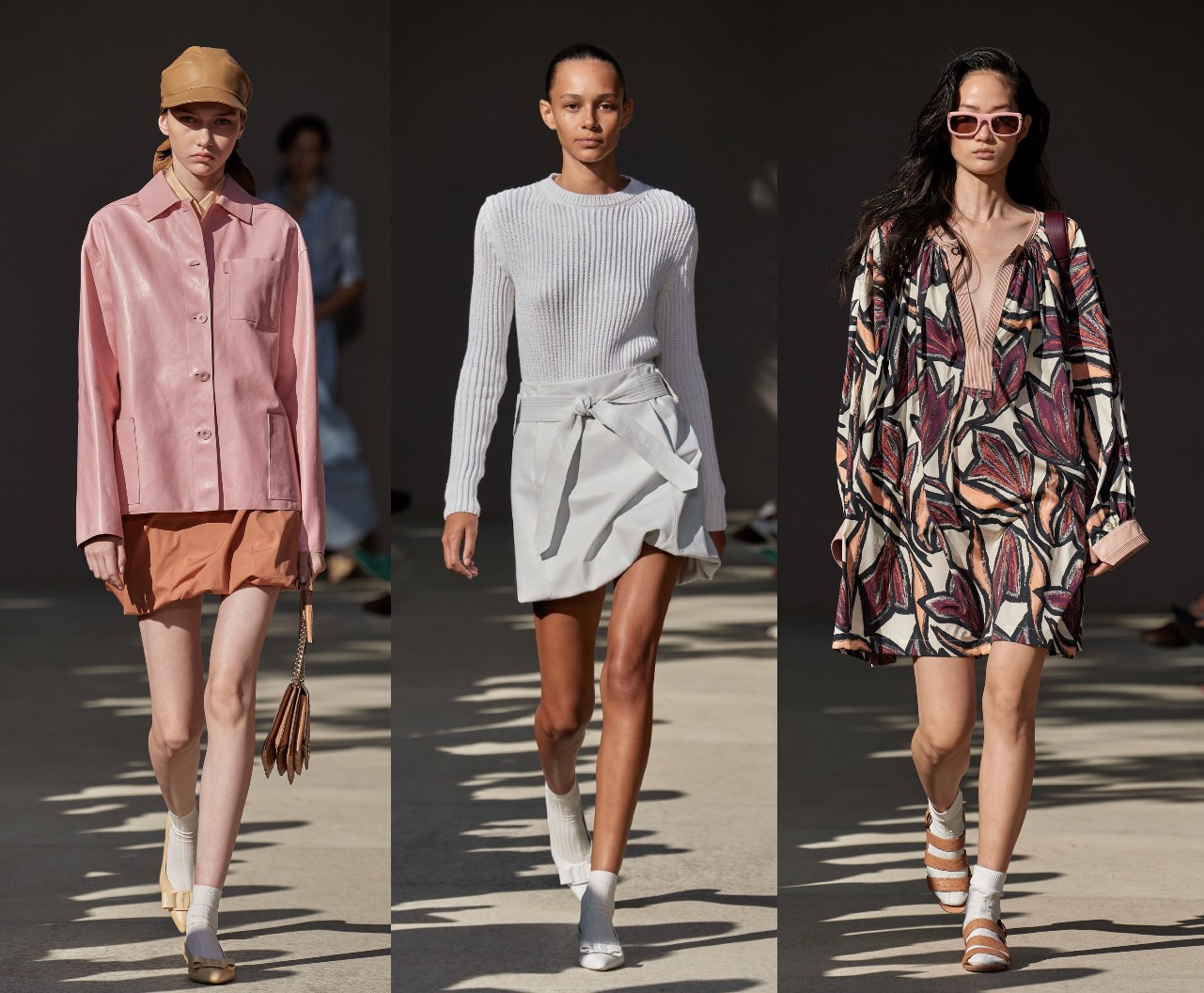 Salvatore Ferragamo sees Creative Director Paul Andrew explore his fourth collection with the Italian fashion house for SS20. And settling into his role – a step up from his position as the brand’s Women’s Footwear Design Director – Andrew seems like he finally feels comfortable exploring some of the house’s staples from over the years, such as the Vara pump. Elsewhere the collection uses motifs and patterns from Florence’s Neptune Fountain, a heritage site the brand is currently funding restoration for. Designs were free and flowing, and colours came in the form of pale sky blues, khaki green and peachy-orange. 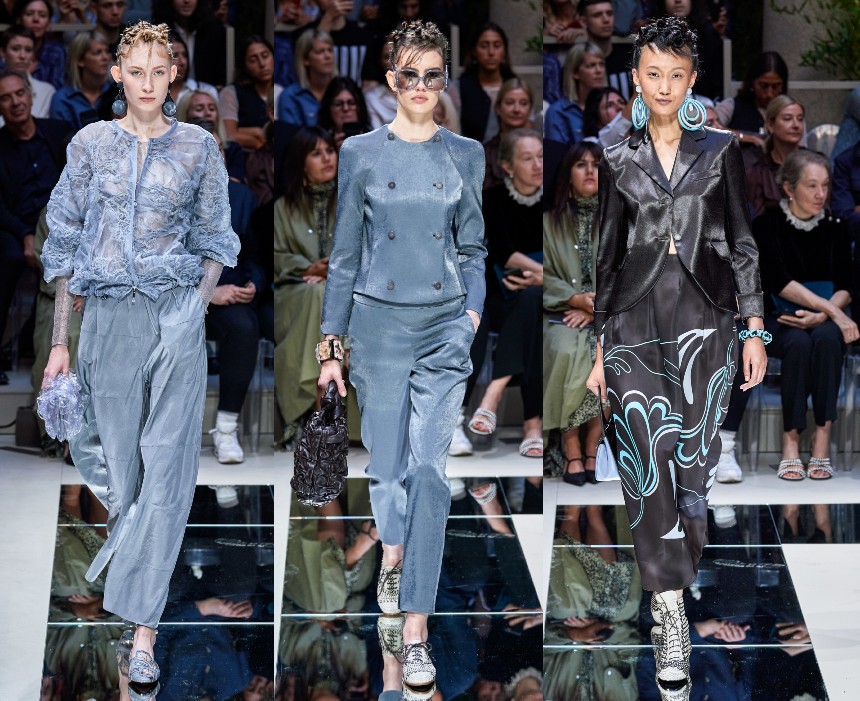 After Emporio brought Air to fashion, Giorgio brought Earth. The second take on an element for Milan Fashion Week circa September 2019 came from the designer of the moment (well, of every moment really) as Giorgio Armani is set to receive his Outstanding Achievement Award this December. Prooving his worth one more time before accepting the gong, he presented a collection of moody teal blues, smokey greys and coal-black for a truly earthy feel. There were double-breasted suit jackets, strapless dresses teamed with trousers, silky tees tucked into flowing silky skirts and wet look blazer jackets worn with nothing underneath. 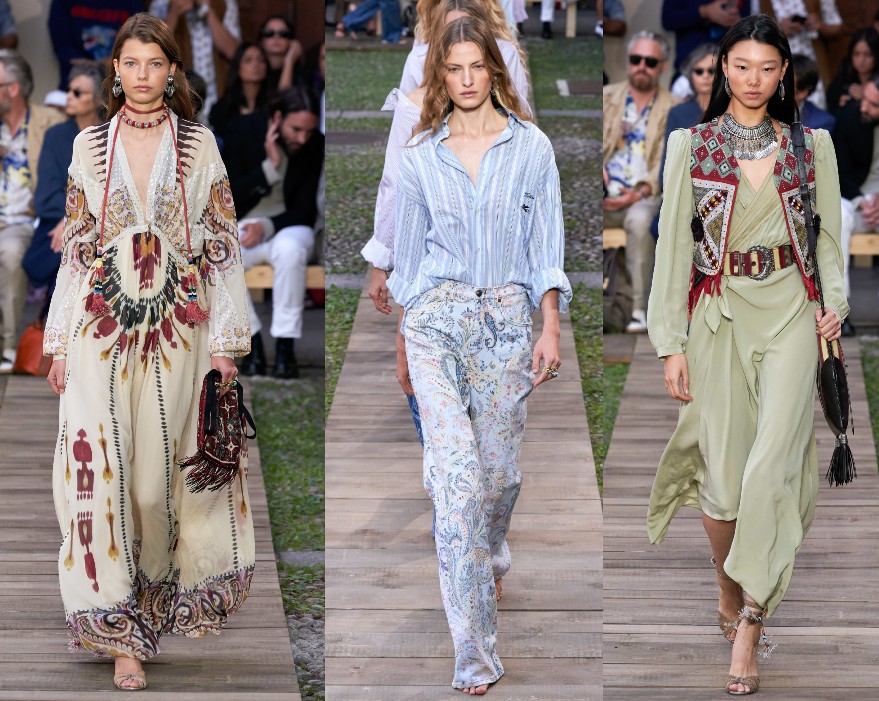 While high fashion has been reverting back to bohemian flair over the last few seasons, hippy style has always played a part in Etro’s identity, making this one of the best takes on the call-back we’ve seen. All the signatures –floaty shapes, ruffle details, maxi cuts and earthy hues – were there in full force. But a particular highlight that wasn’t so familiar was working a classic men’s shirt into this free-spirited vibe. Rather than formal, they were likewise loosened up to fit with Veronica Etro’s latest aesthetic. 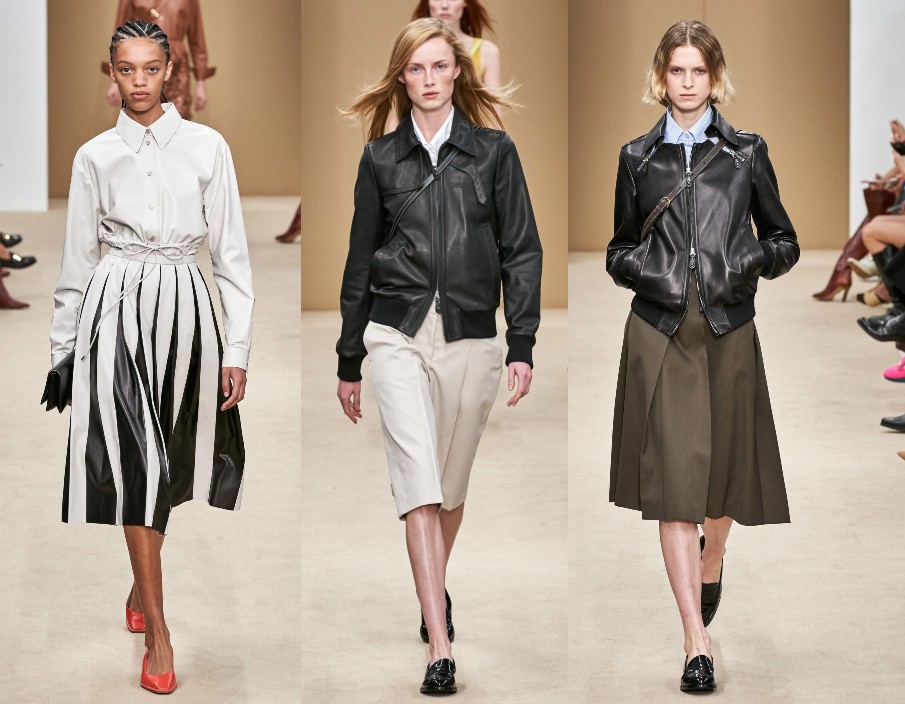 For spring 2020, Tod’s has a vision of dressing the urban dwellers in an everyday wardrobe that is simple. Clean-cut yet smart and screaming ‘Made In Italy’ luxe all at once. Wearable pieces (both for the fashion devoted and the casual trend observer) called upon Italian classics such as light leather fabrics, a material that transforms the casual bomber jacket into a stylish finishing touch. The freshness continued with flowing culottes, asymmetrical day dresses and gently tailored items showed that simple styles can reign. 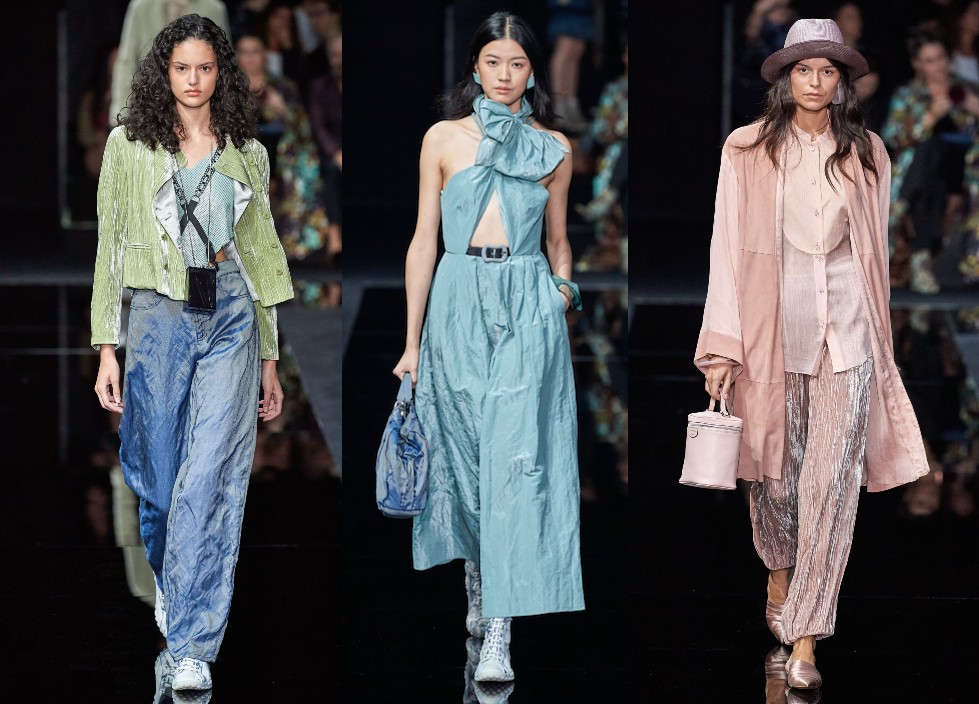 The branch of Giorgio Armani’s fashion umbrella that calls out to the younger crowd took the atmosphere that surrounds us all as inspiration for its Spring/Summer 2020 collection. The Emporio Armani show was titled ‘Air’ and the models walked the runway under a cloudy sky by daywear, a starry one by nightgowns. Ethereal, soft and floaty, pistachio greens and millenial pinks were teamed with grey-beige hybrids in designs that we’re all about clashing texture. 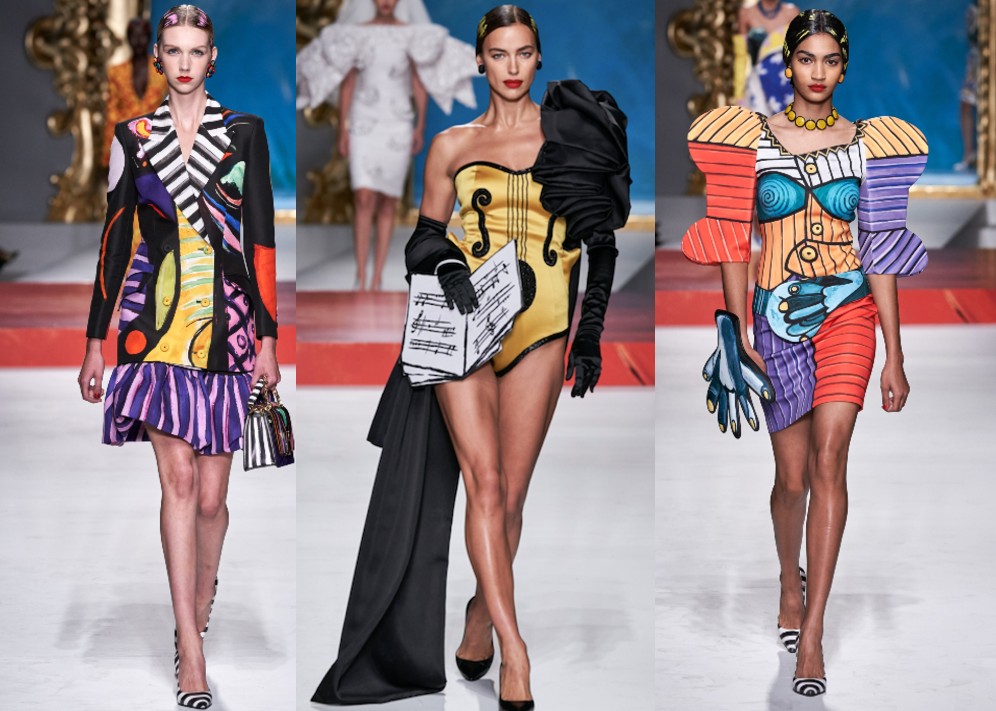 It’s a world away from his The Price Is Right inspired collection that was rolled out earlier in the year, but Creative Director Jeremy Scott’s Picasso-influenced line for Spring/Summer takes on the same level of commitment, caricature and charisma. There was colour, there was pattern, and there were models wearing complete painting frames and guitars as dresses. 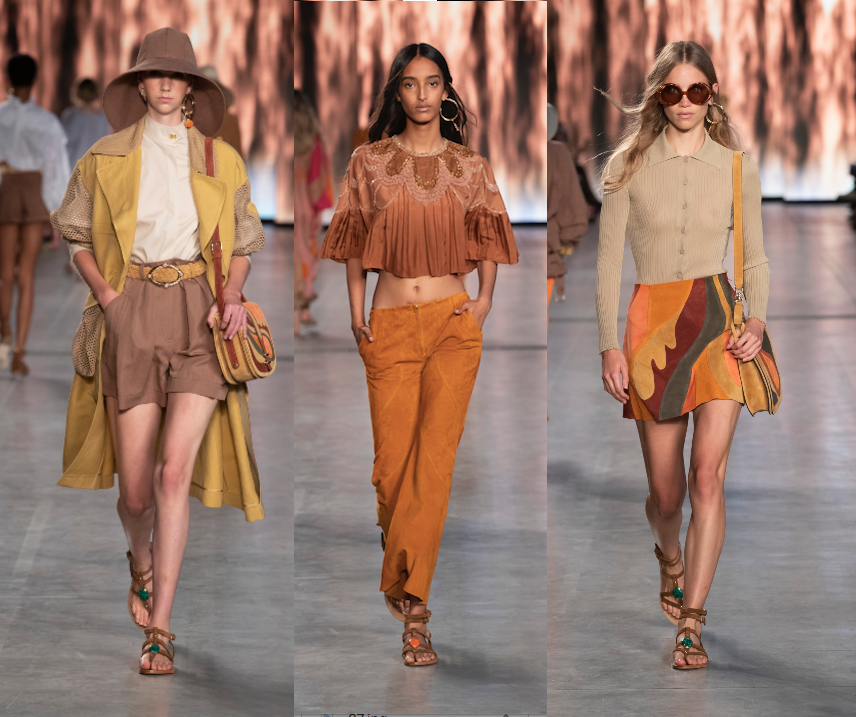 Alberta Ferretti’s Spring/Summer 2020 collection served as a dedication to women who use fashion as a way to stand out; the aim of the collection was to create a contemporary story that balances a carefree attitude with a love and admiration for the art of fashion. The runway models were adorned in petite capes detailed with embroidery, suede trousers, dyed denim hues and laidback sandals, and the colour palette featured burnt oranges, soft yellow and earthy beiges. 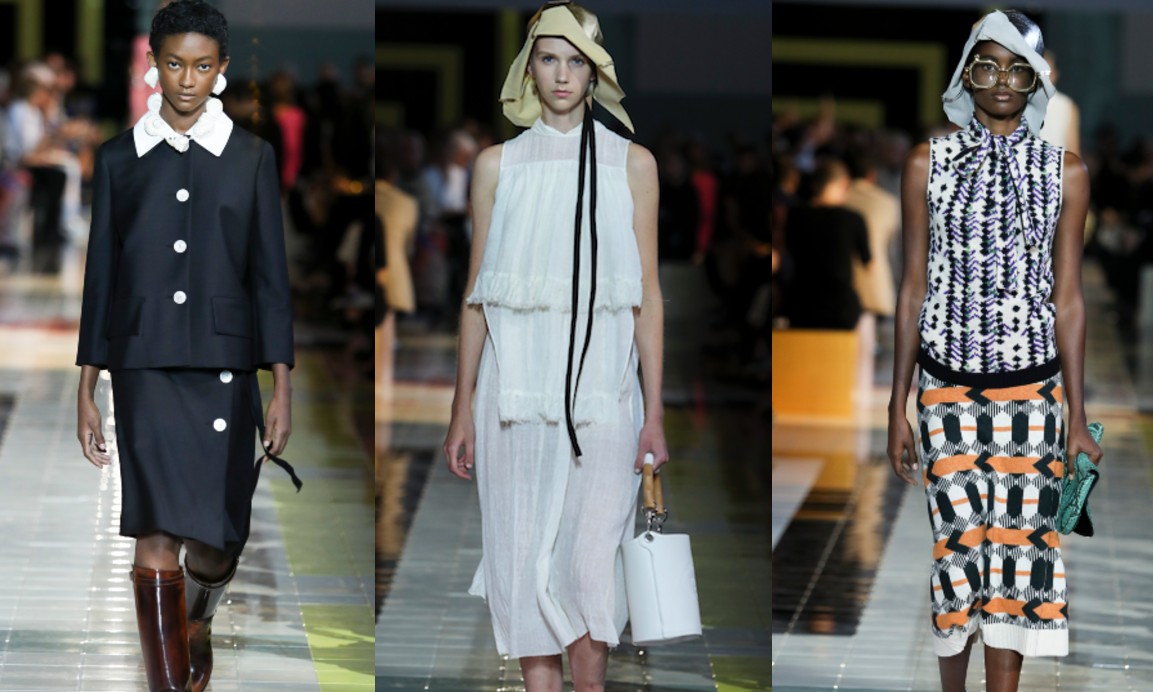 Opening the calendar event, Creative Director Miuccia Prada presented a collection for the season ahead in the city’s Fondazione that merged together iconic styles from the past to create an office-chic look that was classic in form but modern in detail. Think tailored jackets, knee-length skirts that came pencil shape or pleated, embroidered leather, sheer fabrics and graphic details that still somehow managed to remain delicate and soft.