Donatella enlisted the help of her “Versace family” to put on a spectacular presentation to showcase the Fall/Winter 2022 Versace collection in Milan. 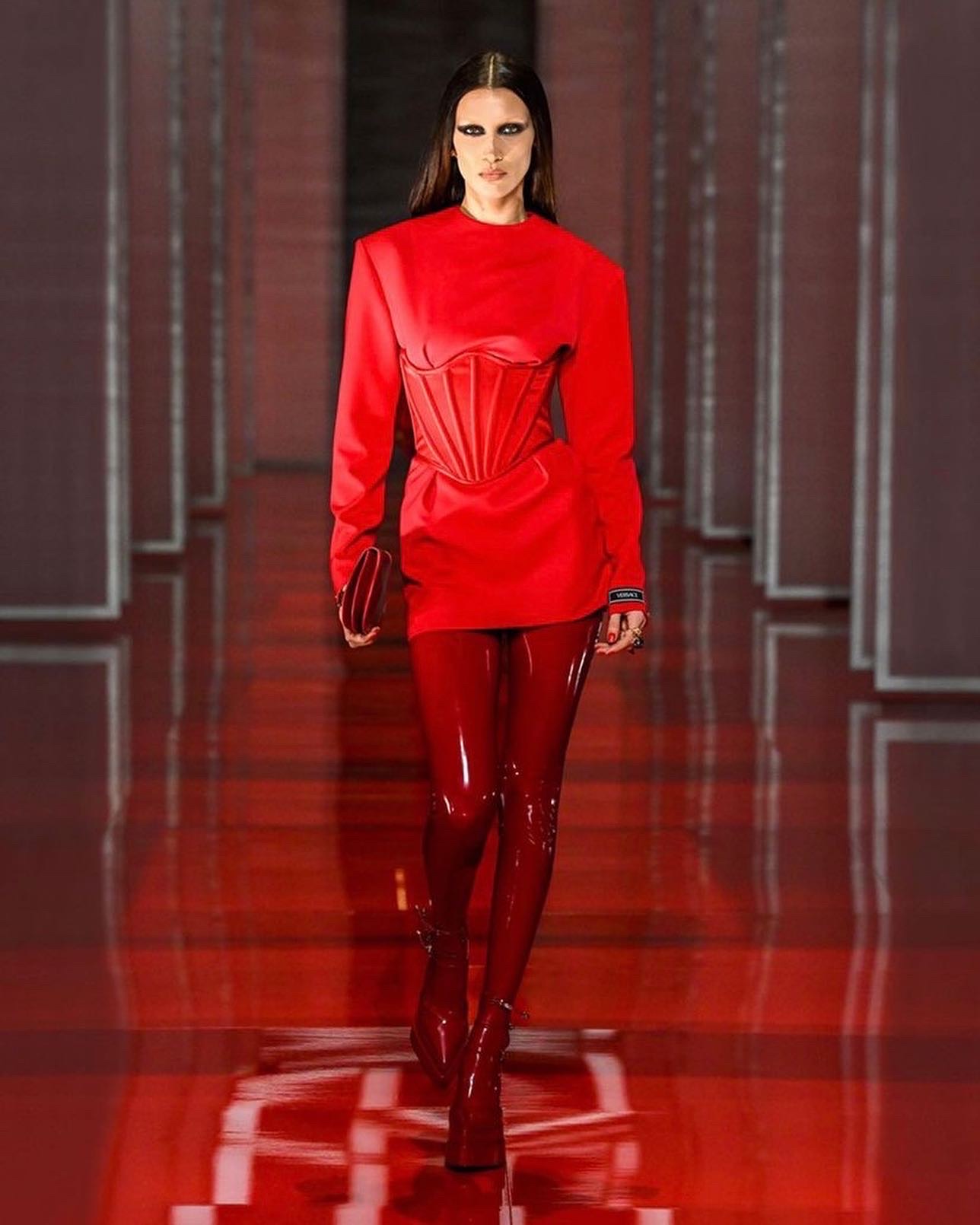 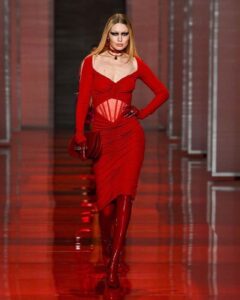 The collection was an offering of looks for the modern “It Girl” worn by today’s “It Girls”.

Inspired by the house’s designs of the late nineties and early 2000s we saw nods to the iconic clubbing era that defined a generation of Versace girls. There were replicas of nineties bustiers, latex leggings, slinky and fitted dresses and the unmissable scent of sex appeal.

Oversized tailoring offered a masculine element to some of the looks which keep their sexiness with skin-tight tops and low-rise ruched skirts. We also saw the return of the legendary cargo pant which hasn’t seen the light of day since the 2000s. 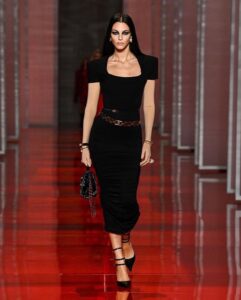 The hair and makeup look was also all about the nineties and seemed to be inspired by the look of Donatella Versace herself. Super straight hair, smudged eyeliner and accentuated cheekbones even had Gigi Hadid transformed into a “Mini Me” Donatella.

The show features a bold red runway, pumping music and an impressive front row, proving this is still THE ticket to have during fashion week. 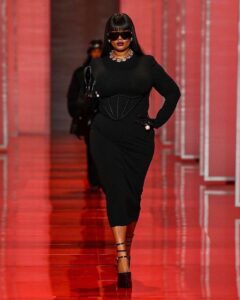 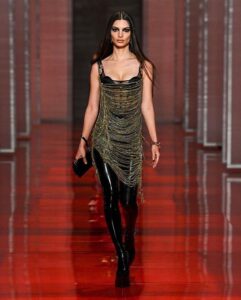 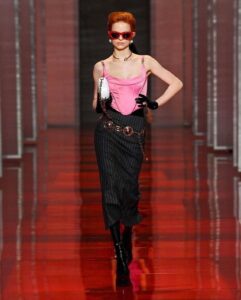 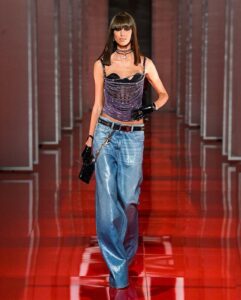 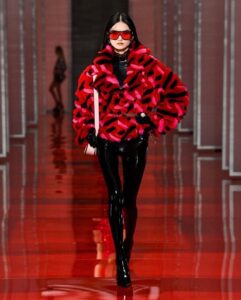