Crazy Rich Asians has been making global headlines as the first Hollywood release in 25 years to feature Asian-American leads. 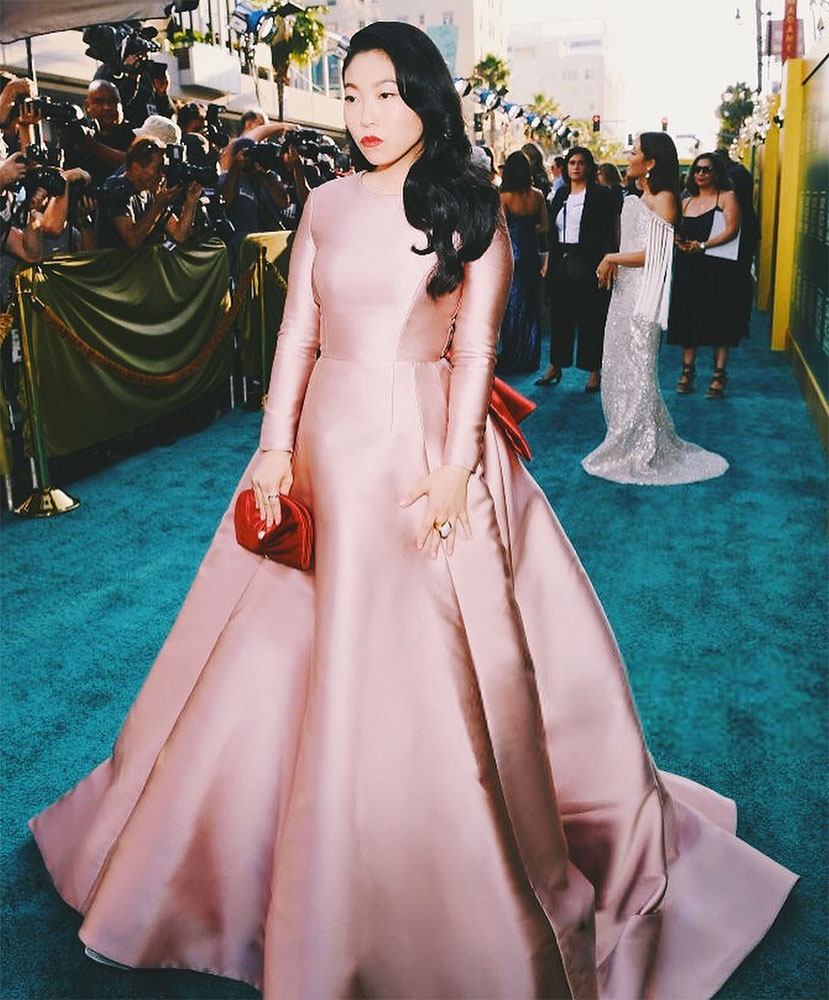 Out August 15, it paves the way for diversity in Hollywood and if the film is as good as the casts’ glamorous style choices on the red carpet, then you know you’re in for a fashionable treat.

One of the standout dresses belongs to the Beirut-based designer Reem Acra who dressed one of the stars of the film, Awkwafina (Ocean’s 8), in a blush pink gown with a large red bow on the back – modest yet contemporary. 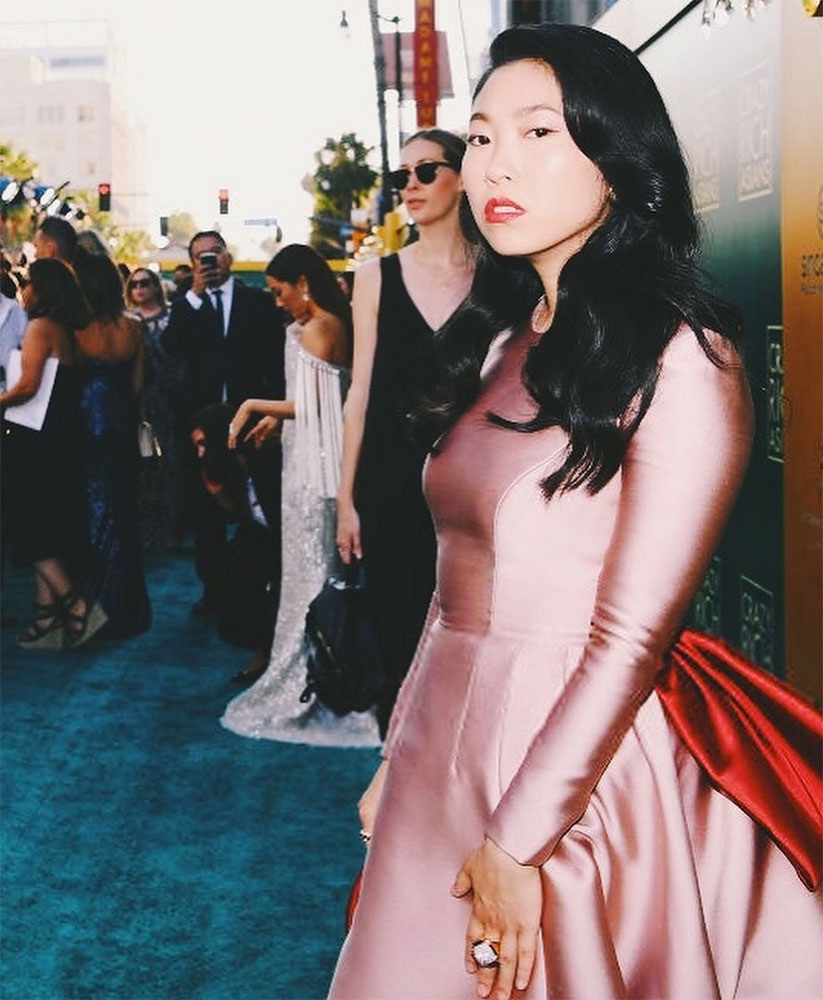 Picked from the label’s Pre-Fall 2018 collection, the 29-year-old styled the gown with a Jimmy Choo clutch and Giuseppe Zanotti heels, while leaving her hair in soft waves with a swish of red lipstick.

Based in a trilogy of books by Kevin Kwan, Crazy Rich Asians is about a New Yorker who learns her modest boyfriend is actually the heir to a massive fortune and now has to navigate the fame and scorns from his disapproving mother.