Couture designers are continuing their quest to appeal to the younger clientele, and for his latest collection Giambattista Valli was inspired by the craftsmanship of the late Yves Saint Laurent. 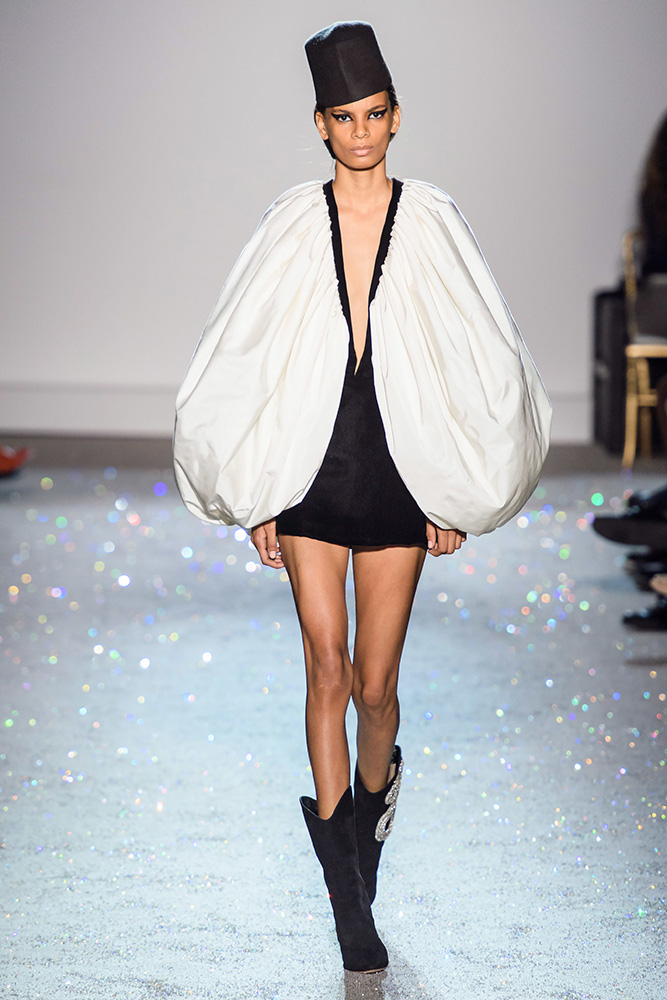 The iconic creative captured the essence of the Parisian attitude, and backstage Valli had a picture of the YSL’s Avenue Marceau salon in 1977 during a haute couture fittings. Using that as a starting point, he created glamorous Eighties mini dresses that filled the first half of the show. They were tight and decorated with dramatic shoulders and embellishment. 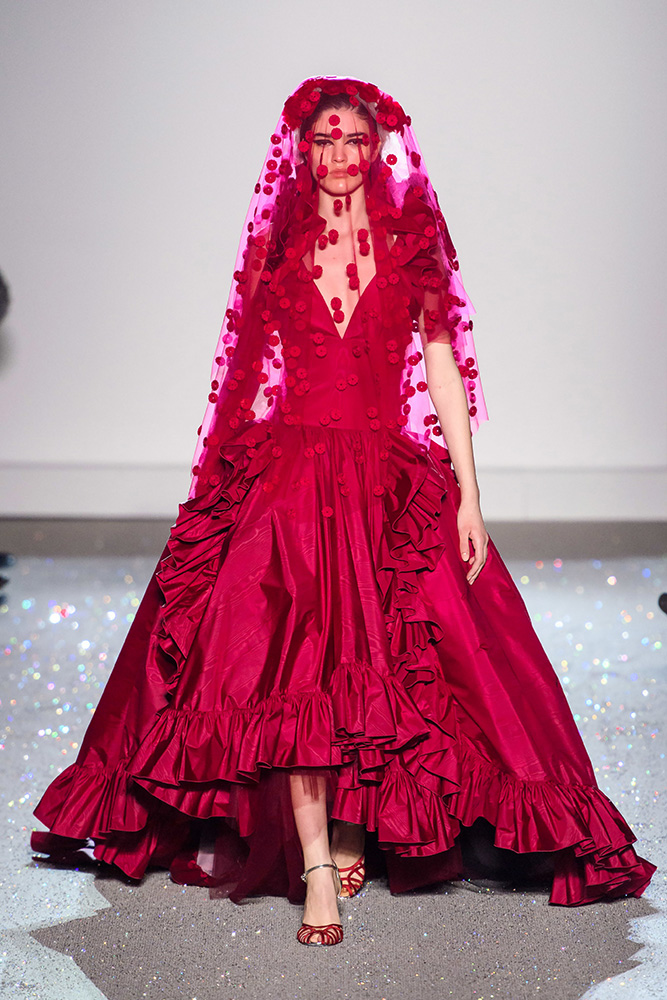 He then gradually introduced the long capes to some of these dresses, before coming back to some of the traditional couture codes of the brand with full gowns, some in a featuring tiered plissé tulle, while others carried asymmetrical trains.

He is one of the few designers who are looking to the future of couture, but there is still plenty for a traditionalist to enjoy.