For spring/ summer 2019, Max Mara dives deep into the ocean of women’s portrayal throughout history to showcase a new narrative, the one where she’s no longer in second place to men, in fact she is the one who rules all of the sea monsters. 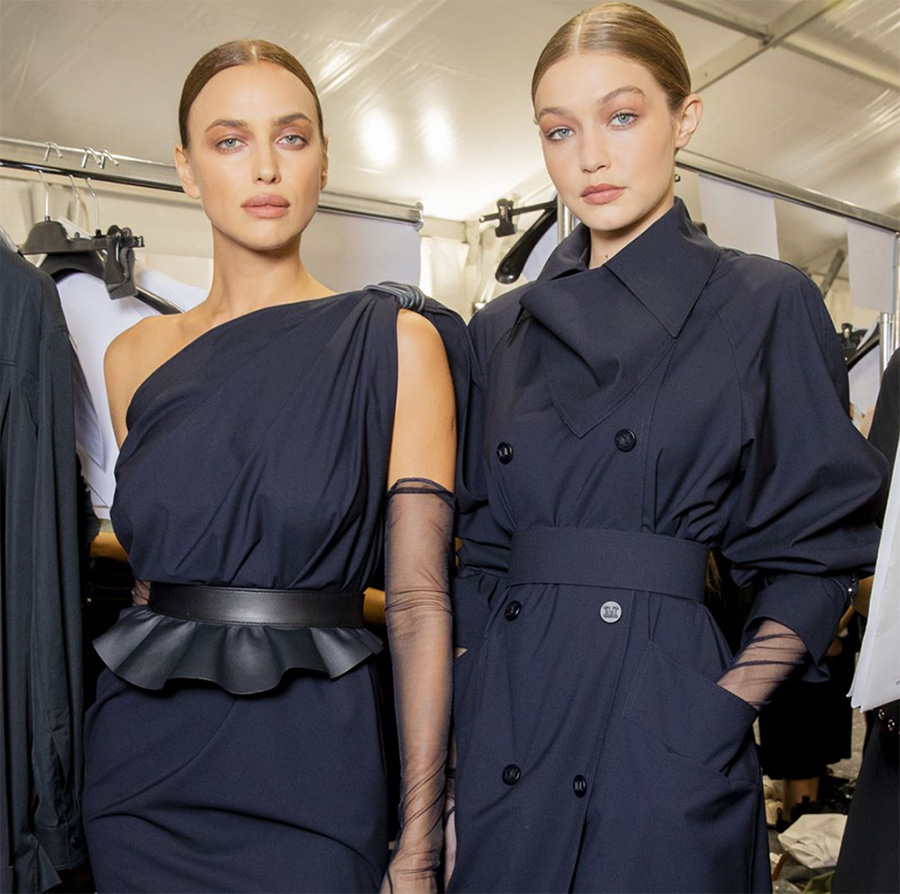 They took inspiration from the strong female characters created in the literary works of Margaret Atwood and Madeline Miller as well as mythology tales of Gaia and Amphitrite. The brand wanted to restore the injustice of Amphitrite losing her rightful place as the queen of oceans to her husband Poseidon and put her back on the throne.

Without swimming too deep into the Greek mythology, at the core of this idea lies in the brand’s desire to empower women with strong-shoulder silhouettes, asymmetric draping, pressed studs and stylised utilitarian detailing that have been reworked into something for today. 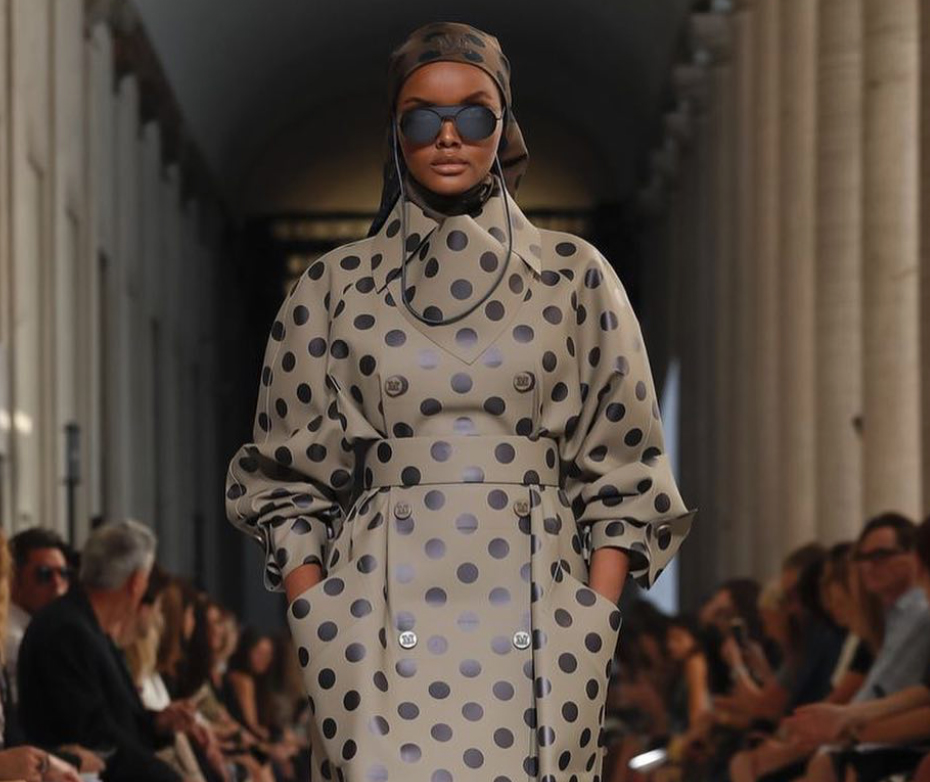 Max Mara has always designed for women with an appreciation for streamlined luxury, Italian craftsmanship, sophisticated shapes and neutral colour palettes. They didn’t venture too far from their aesthetic, but they did offer a fresh perspective in terms of waxed jackets and separates in various earthy tones like moss green, copper brown, deep navy and charcoal black.

There were moments of brightness when Kaia Gerber stepped out in a canary yellow elongated blazer styled with one shoulder frill hem top, a pencil skirt that that she wore with matching shoes and what can be described as utilitarian slip on stocking that gives heels an illusion of boots. 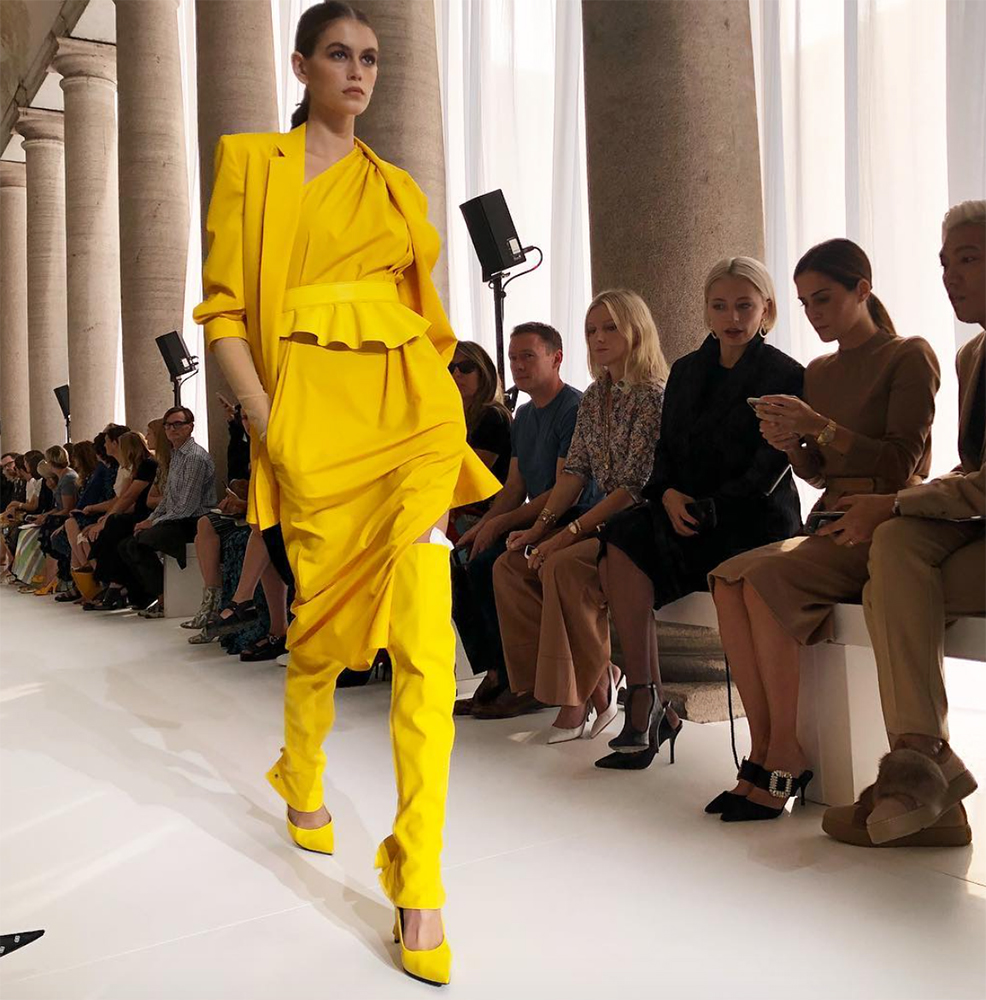 If there is one thing that you can always rely on Max Mara for, it’s a flawlessly made coat and for next season expect structured boxy jackets and pea coats in Mediterranean shades of olive blue and pristine white (we have our eye on the short sleeve version).

Not only was there plenty to admire, but there was a lot of what a fierce and proud woman wants to wear today, whether she’s ruling the underwater creatures or charging into her next meeting.