When Cultures Collide: So, What Happens Next with High Fashion Brands in China?

There has been much talk about the challenges that luxury brands are facing in China. We investigate what’s happening in the market and discuss the future of international brands in the Far East. 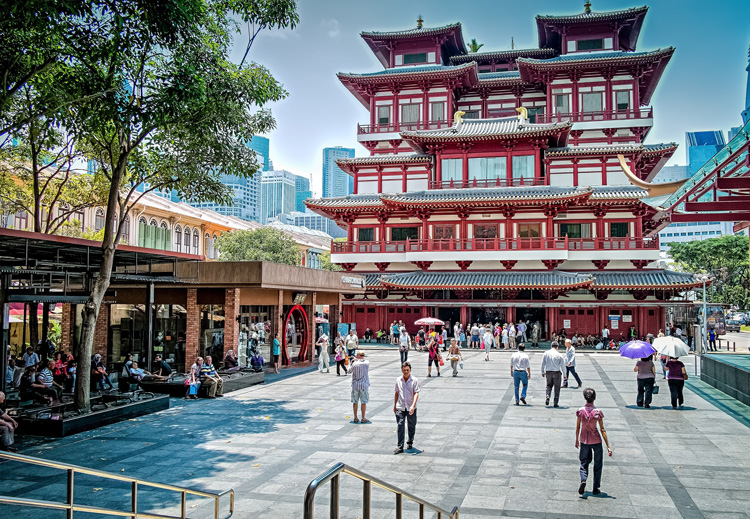 Why is high fashion causing upset in China, and how do they move forward?

As the world’s biggest luxury market it’s no surprise that fashion houses, watchmakers and jewellers are putting immense pressure on themselves to succeed in China. It is, after all, the most cash-rich market in the world with, according to McKinsey & Company, spending up to 770 billion yuan ($115 billion) on luxury goods at home and abroad last year, equivalent to a third of the world’s total, while a recent report by UBS reported that Hong Kong alone is responsible for five per cent of the world’s luxury sales.

This is not a new phenomenon, huge international luxury brands have been operating in China for decades, but the fast-growing economy and increasing globalization means the world is more accessible than ever, so the amount of brands and the speed they are opening in China is intensifying rapidly. But there is a problem. While everyone wants to be in the country there seems to be a continuing struggle for brands to get it right in the region.

In just the last few months, countless luxury brands including Dolce & Gabbana, Versace, Balenciaga, Burberry, Givenchy, Coach and more have all found themselves in situations where they have had to issue public apologies to China.

Brands have cancelled shows, pulled products out of the region and even closed stores. We’re not talking niche about brands. Even huge global labels who have equally huge marketing and research teams are still sometimes getting it wrong.

Stemming mostly from Chinese social media, there have been calls to boycott certain brands and demands for names to apologize both in English and Chinese. The issues in question ranged from mistakes in text on T-shirts, which were seen to be suggesting that regions of China such as Taiwan, Hong Kong, and Macau were actually different countries, to featuring these regions as separate entities on their online drop-down menus, and even publicising advertising campaigns that were deemed offensive to Chinese people. 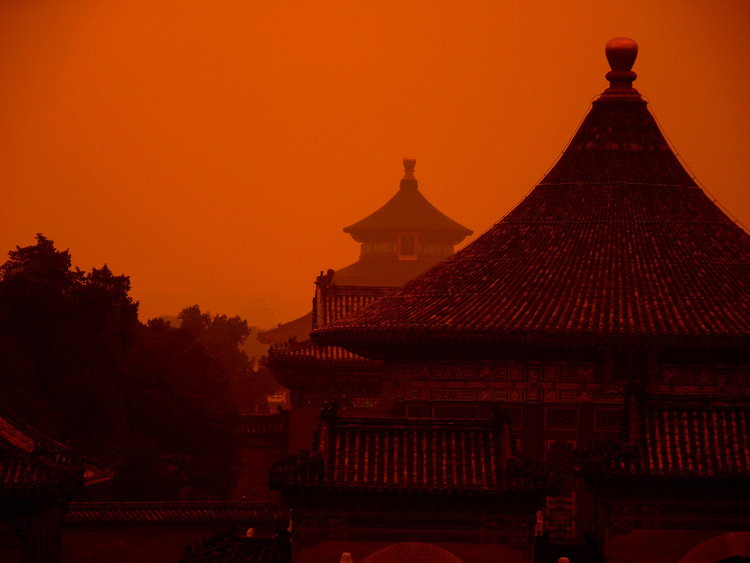 So in today’s industry how does this continue to happen? Brands would surely have done their research before entering the market, so why the errors? Luxury Fashion Consultant Babette Radclyffe-Thomas specializes in the Chinese market.

She explains: “International luxury brands need to listen more to people on the ground, the people who are immersed in the culture and language. Often brands have headquarters in Hong Kong and China but a lot of direction still comes from New York or Paris. I honestly believe a lot of the recent incidents we have seen could have been avoided if the brands had run the designs or advertising campaigns past a locally based team or conducted a small focus group.”

And there’s something else intensifying the situation; social media. Chinese internet users – or as they are often referred to as ‘Netizens’ are a unique breed. The internet in China is heavily controlled by the government and all information coming in and going out is filtered. This result is a tight-knit internet-using community and information is shared and passed around within this community faster than probably anywhere else in the world.

Chinese social media sites such as Weibo are the primary source of information for much of the younger generation and news spreads unbelievably quickly on these platforms. When an issue like this happens with a brand, this is where the calls to boycott certain companies will occur and stories will start circulating.

“There has also been the rise of ‘wu mao’ (or The 50 Cent Army) online especially on Weibo, who are paid by the state to comment and share the government-approved version too, as well as bots too who are now also spreading onto other social media platforms,” says Radclyffe-Thomas.

The timing of these recent incidents is also particularly bad as they come at a moment when China is experiencing political issues within its country. Protests in Hong Kong have been reaching boiling point.

What started as a revolt against an extradition bill to transfer fugitives from Hong Kong to mainland China has now developed into a broader pro-democracy protest which has seen thousands of Hong Kong residents taking to the streets to stand their ground. So the Chinese government is particularly heightened to anything that may be deemed as disrespectful.

The protests in Hong Kong are no laughing matter for luxury brands. According to a recent report by Forbes, Hong Kong accounts for 11 per cent of Richemont’s total global sales, while the city accounts for 9 per cent of sales at Burberry, and between 6 and 8 per cent at Kering and LVMH. Brand’s like Tod’s and Prada also have around 6 per cent of their sales in Hong Kong alone. So they are looking at potential huge losses if things continue.

So far, stores, shopping malls and even the airport have been forced to close and with protests erupting, shoppers are being put off visiting the stores that are open – after all, who would want to walk around with a designer bag when protests are taking place on the street?

Many of Hong Kong’s sales are to those from mainland China who take day trips or holidays to the island to shop but with tensions rising between the island and the mainland, the amount visitors from there is likely to decrease. 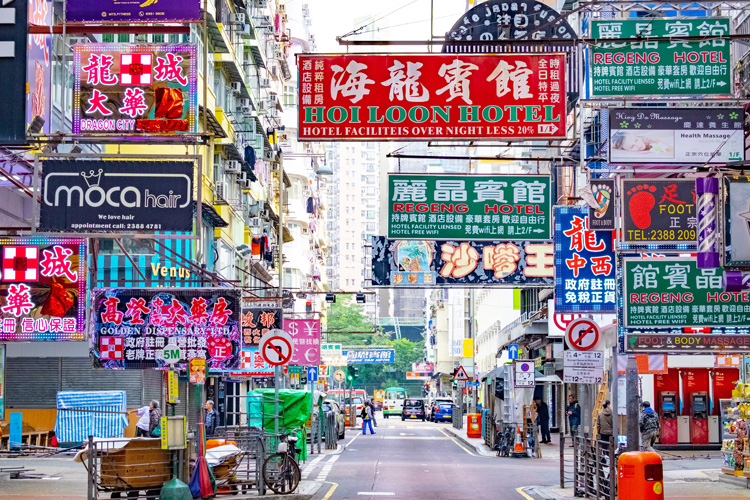 It’s not just Hong Kong causing issues for multi-national brands. The economy in China as a whole has been slowing down recently – this is in part due to the ongoing trade war with the US. Going forward, many brands will likely need to raise prices in mainland China to account for a devalued yuan, which may or may not continue to decrease depending on whether the problems are resolved any time soon.

This will also put off brands from investing further in a market that could ultimately make them lose money. This is especially the case for American brands such as Tiffany & Co, The Movado Group, Tommy Hilfiger and Ralph Lauren.

With all this going on, Chinese shoppers are looking for other ways to shop – be it travelling elsewhere or turning to locally-based sites to buy their goods. The industry is seeing a younger generation of cash-rich shoppers who are travelling abroad to shop. The Middle East, for example, has seen an increase in Chinese shoppers while other markets such as the US and Japan are on the decline. 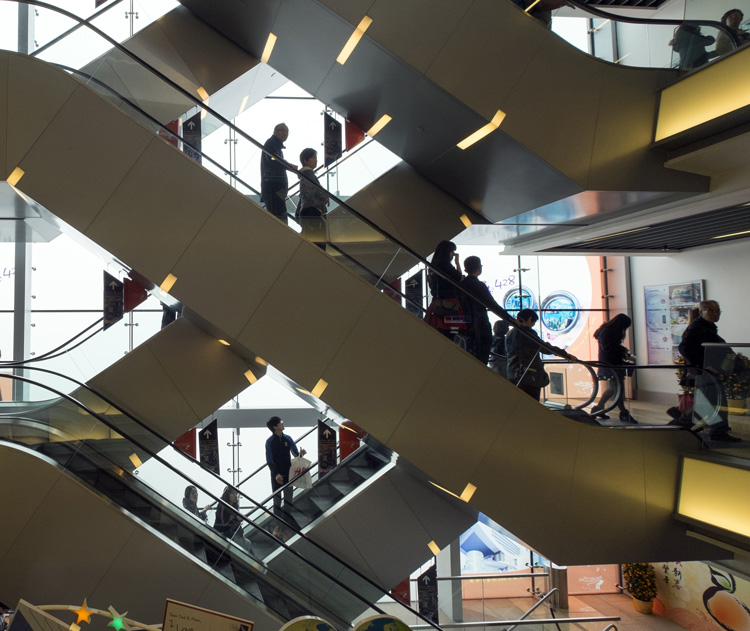 The buying habits of the young Chinese generation is very different from that of their parents and grandparents because of the wider availability of access to the internet and social media. This is also allowing domestic brands in China to carve out their own industry.

As the New York Times highlighted in its overview of Alibaba’s recent financial results: “Analysts say the trade war with the United States has prompted shoppers to become more selective, and many have switched to buying domestic brands that they feel are of high quality.”

Particularly in the cosmetics and skincare market – China is building its own market and of course you have the booming beauty market from Korea which could see Chinese residents shopping closer to home for beauty products rather than turning to western brands.

So where do we go from here? The demand for goods from international luxury brands is far from dead in China. What needs to be addressed is the ways in which these brands can do it better for the customer.

There is no margin for error because when these incidents happen, savvy consumers will look elsewhere and before you know it, brands will have missed the opportunity. The key is diversity and localising content says Radclyffe-Thomas.

“Diversity also needs to be reflected in the design and marketing teams and processes too. It is not enough to come to Shanghai or Hong Kong for two weeks of quick meetings and then direct the brand’s global vision from a New York base with a New York perspective.”

This is what needs to be done internally, but marketing campaigns and the ways in which products are presented to the Chinese customer need to be looked at as well. “The use of models such as Gigi Hadid as a brand spokesperson seems quite out of touch as Hadid lacks cultural recognition here.

Instead, brands should look to more culturally relevant celebrities such as Asian stars (who might not be known in America but are huge in this market). Certain regions also have different notions as to who is perceived to be beautiful, as well as cultural notions in regards to behaviours and attitudes.” 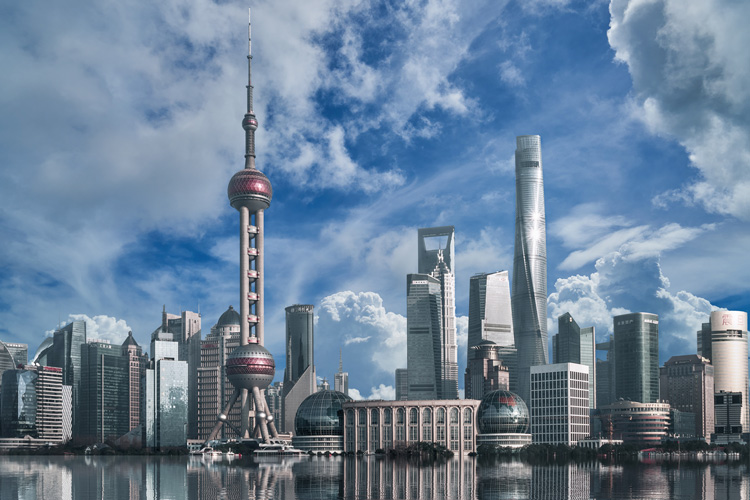 The bottom line is more research, more investment and more understanding of the market. “Hire good people with inter-cultural communication skills who know the culture well, and then once hired actually listen to them. Send the campaign to your locally based team before it goes public to see their feedback” says Radclyffe-Thomas

. If almost one-third of the world’s luxury goods are purchased by Chinese consumers – why do we still see luxury brands with almost 100 per cent of their staff European? Something has to change. Radclyffe-Thomas highlights; “the Chinese luxury consumer is not one person or one target consumer. For example, there is a big difference between a Shanghainese design student who no longer shops in London as it’s not cool enough and prefers Berlin, compared to a retail magnate from a fourth-tier city – their tastes and expectations will be and are so different.

“So it’s really important for brands to recognise that there is no such thing as ‘the Chinese luxury consumer’ and instead diversify their understanding of this market.”

The coming months will be crucial for brands – those who have already made errors will be working hard to rectify mistakes while others will surely be re-analysing and planning strategies going forward. There is a lot for some of the big players to consider as they put more focus on this huge, ever-changing market.