See All the Fashion Looks From the United States Inauguration

As the Inauguration of President Joe Biden took place today it marked a pivotal moment in global politics. 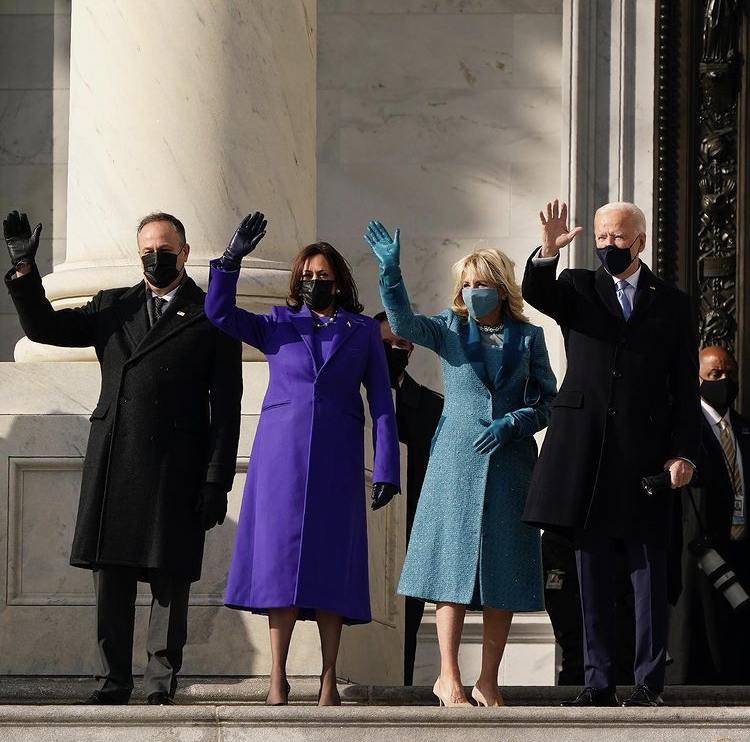 “This is our historic moment of crisis and challenge and unity is the path forward.” Said Joe Biden as he becomes the 46th President of the United States of America. 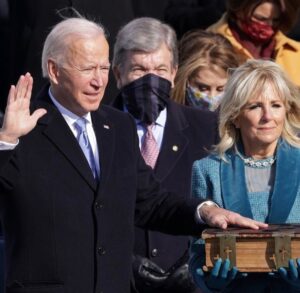 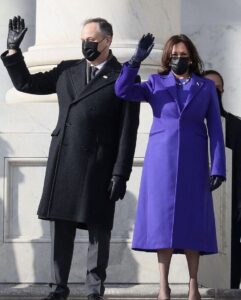 Vice President Kamala Harris has already been much talked about for her flawless fashion choices and she chose to support independent American designers with her outfit choices today. She looked beautiful in a purple look, wearing pieces by Christopher John Rogers and black American designer Sergio Hudson who also dressed Michelle Obama for the event.  Harris paired the look with her trademark pearl necklace by Wilfredo Rosado Jewelry and a pin by David Yurman. 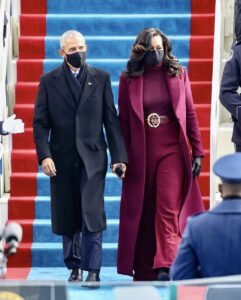 Choosing one of the same designers as Vice President Kamala Harris and continuing the theme of rich jewel tones, Michelle Obama looked stunning in the purple top, trousers and coat by Sergio Hudson as she stood alongside her husband, former President Barack Obama. 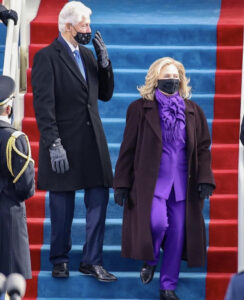 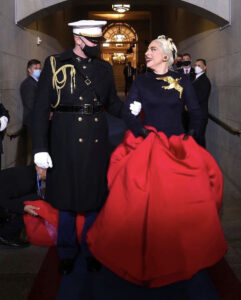 Entertainment was provided by Lady Gaga who was invited to sing the American National Anthem. The pop star wore a show-stopping custom Schiaparelli Haute Couture dress designed by Daniel Roseberry as she put on an incredible performance in Washington. 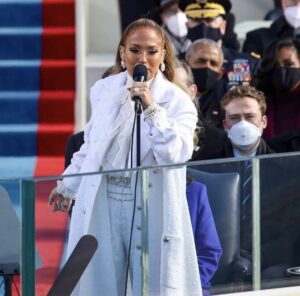 Gaga was followed by Jennifer Lopez who sang a medley of songs while wearing a full white look.