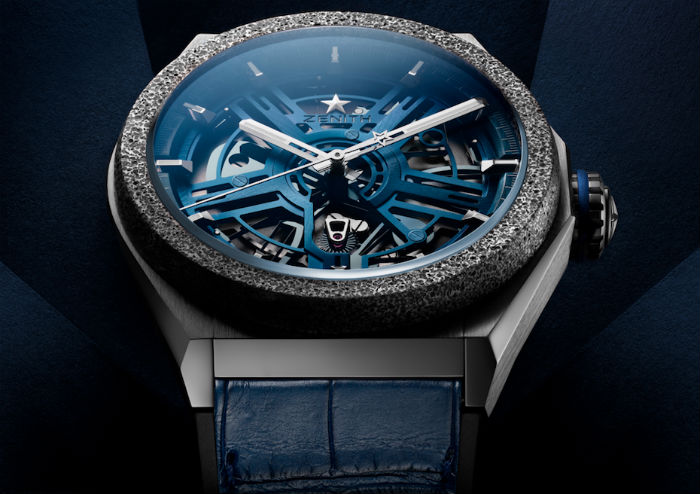 As an innovator in the watchmaking industry Zenith is constantly looking to move forward and modernise watch designs, and the latest oscillator control system does just that.

Developed and patented entirely by the Zenith Manufacture the design replaces the traditional sprung balance that has been used for over 300 years. For the first time this new device features a single element that brings a uniqueness to the new DEFY Inventor timepiece. The watch features a case made of lightweight titanium and Aeronith – an innovative aluminium-polymer composite – teamed with an architectural design.

When Zenith first presented its DEFY line it was instantly recognised as modern and futuristic. A journey that began in 2017 with the 100th of a second chronograph named DEFY El Primero 21. The same year, Zenith unveiled DEFY Lab, an ‘archetype’ regulated by a revolutionary oscillator developed by the manufacture and issued in a 10-piece limited edition. Today, the design is moving beyond the laboratory stage and becoming the DEFY Inventor, produced in a run of several hundred units and equipped with its own patented regulating organ. DEFY Inventor offers superlative technical performance and a modern aesthetic composed of cutting-edge materials. With its chronometric precision, this three-hand watch is now series-produced – an industrial tour de force – and stylised to appeal to urban aesthetes. 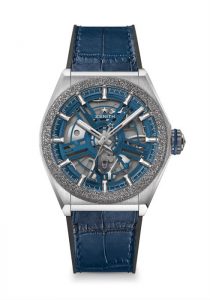 The Zenith Oscillator beats at an extremely high frequency of 18 Hz and is fitted with a two-day autonomy. The single piece Oscillator is was created entirely at Zenith’s manufacturer and is a huge achievement for the brand who have successfully developed and produced this mechanical movement in its entirety. This major development offers increased reliability, stability and precision. 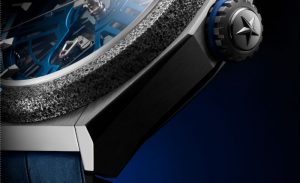 The design has been teamed with a modern and eye-catching exterior. The DEFY Inventor is both architectural and organic. A sophisticated open-worked construction looks chic and modern on the wrist while its powerful stature is carved out from ultra-light materials, making it weightless to wear.  Defy inventor features brushed titanium for the 44 mm diameter case, Aeronith for the textured bezel. This lightest aluminium composite in the world was developed using an exclusive high-tech process. Three times lighter than titanium, made of open-pore aluminium foam, stiffened with a polymer, Aeronith is easily forgotten when worn, while asserting a unique modern style.