The Mohammed bin Rashid Library, the region’s largest library opens its doors to visitors this week. 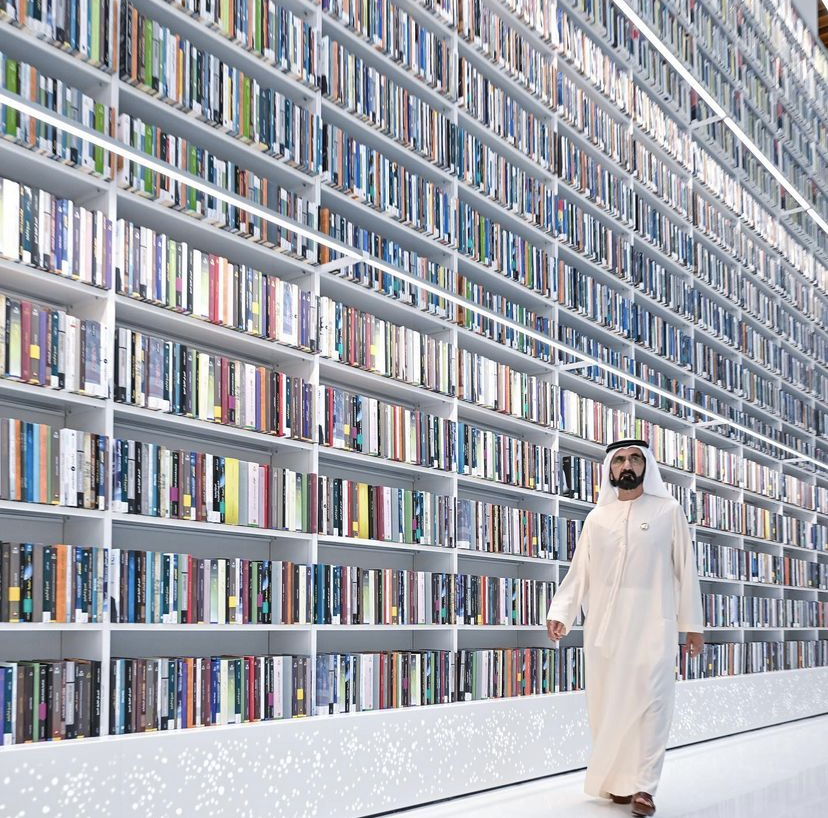 The seven-story building located in the Jadaf area of Dubai is home to over one million books and over six million research papers. It cost a staggering Dhs1 billion to build. 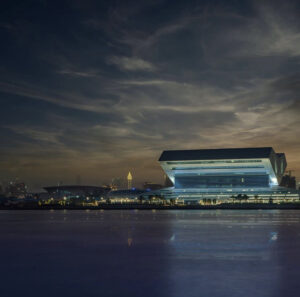 Shaped like the pages of an open book this new cultural destination marks a key moment in the UAE’s cultural history and adds a new landmark to the city’s skyline.

His Highness Sheikh Mohammed bin Rashid Al Maktoum, Vice President and Prime Minister of the UAE and Ruler of Dubai, personally inaugurated the library and was given a private tour of the extensive facility. 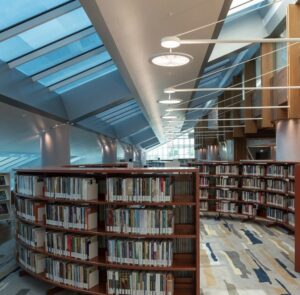 The instantly recognisable building has been designed in the form of a “rahl” a wooden stand on which the Holy Quran is often placed. This meaningful design adds a new iconic landmark to the city’s skyline. 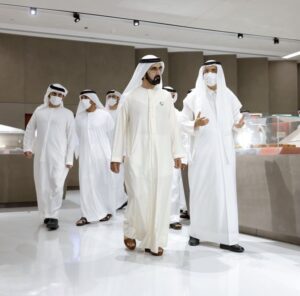 “Today we launch a cultural and intellectual edifice for our new generations, through which we aim to promote reading, spread knowledge and support researchers and scientists,” His Highness Sheikh Mohammed wrote on Twitter.

“The economy needs knowledge, politics needs wisdom, and nations need knowledge, and all of that can be found in books.” He continued. 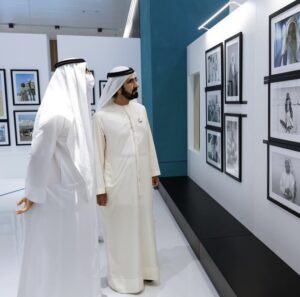 This new hub of information, culture and education is expected to attract thousands of visitors when it officially opens its doors to the public on Thursday 16th June.