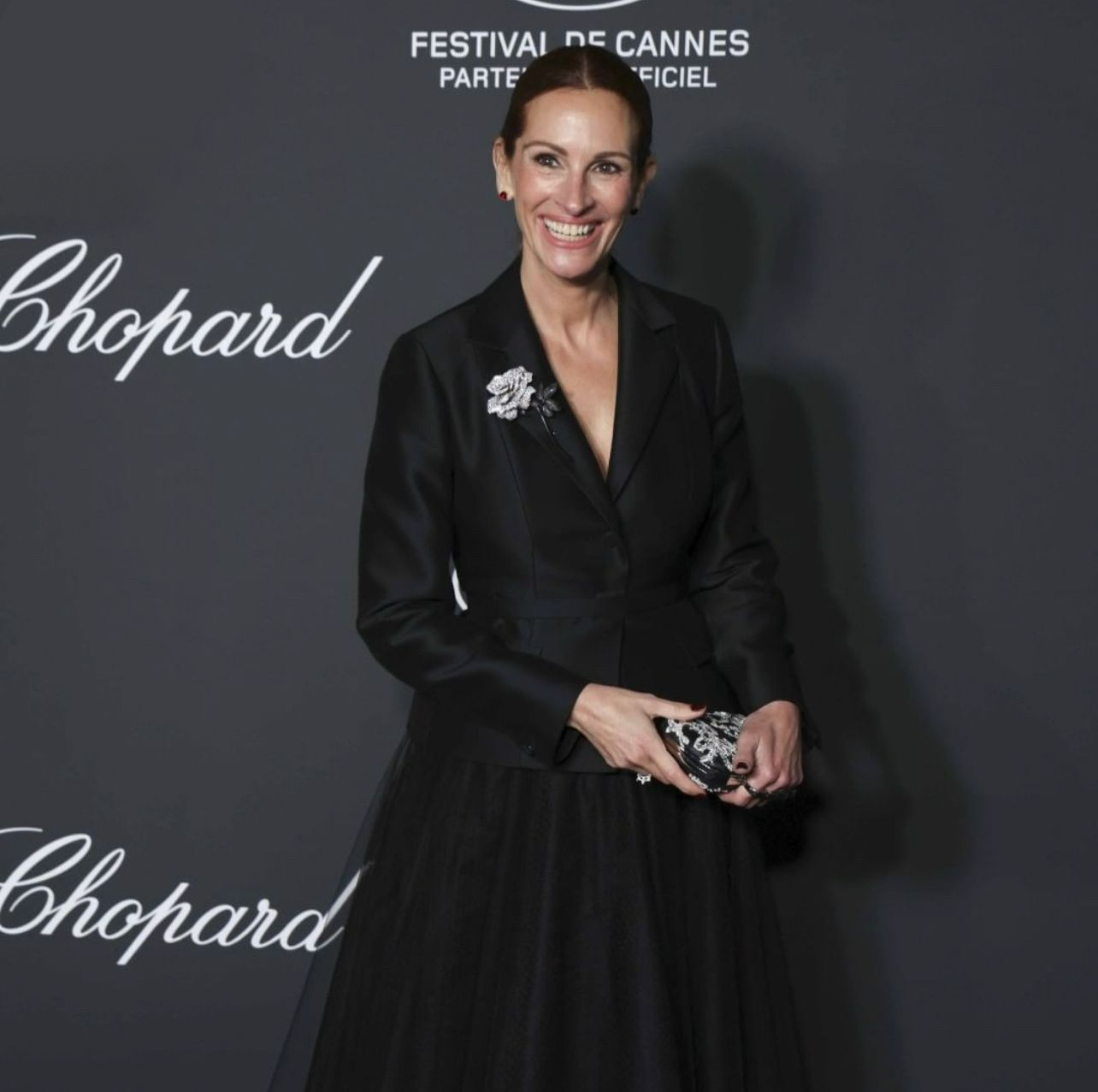 On the evening of Thursday 19th May, at the Carlton Hotel Beach Club in Cannes, the official Trophée Chopard award dinner was held. The ceremony welcomed numerous actors and VIP guests who gathered to honour the two winners of this prestigious award.

Since 2001, at the initiative of Artistic Director and Co-President of Chopard, Caroline Scheufele, the Trophée Chopard has been honouring new talent in the film industry. The ceremony is always filled with emotion and celebrates the promising beginnings of an actress’s or actor’s film careers. This prize is annually integrated into the Cannes Festival calendar, as the Maison reaffirms its unconditional support to the art.

This year, actress Julia Roberts assumed the role of the godmother of the Trophée. She presented the award to Sheila Atim and Jack Lowden. These two winners were chosen in association with Variety magazine by the Trophée Chopard Academy, made up of former winners and godmothers/godfathers of previous editions. 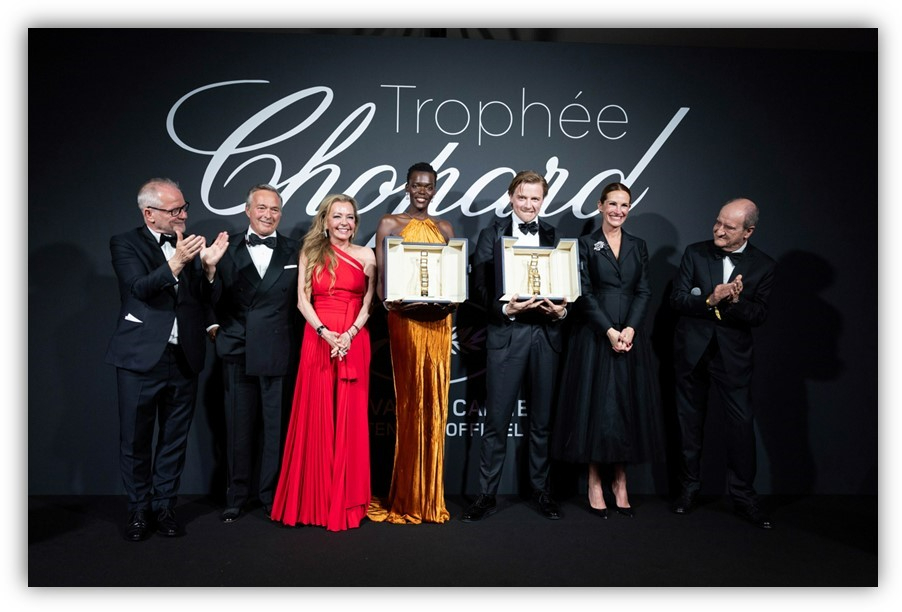 The award highlights new talented pair and holds high hopes for their future in the industry. For more than two decades, the winners of the Tropheé Chopard have consistently confirmed the hopes placed in them. Many of the previous successes have received Oscar nominations, won Best Actor/Actress awards at Cannes and even achieved the honorary Palme d’Or.

Attendees of the event included Pierre Lescure (President of the Festival), Thierry Frémaux (General Delegate of the Festival), Caroline and Karl-Friedrich Scheufele (Co-Presidents of Chopard) and a large gathering of actors, directors and members of the Festival jury. Among them were Xavier Dolan, Saoirse Ronan, Vincent Lindon, Lashana Lynch, Rebecca Hall, Deepika Padukone, and many others. 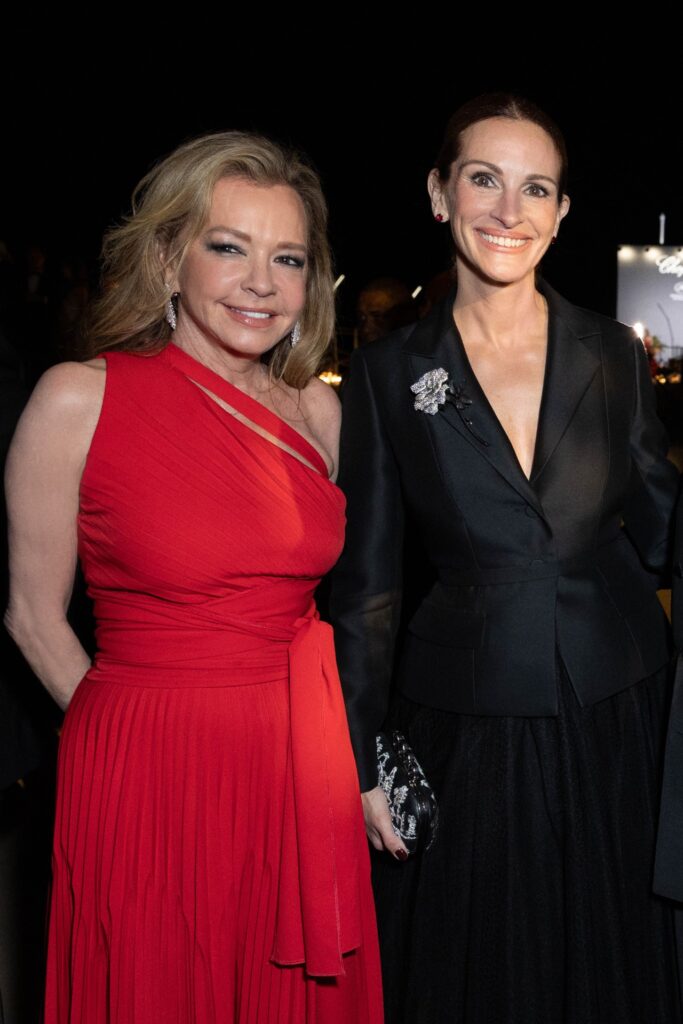 The guests of this lavish ceremony received a star-studded dinner prepared by French chef Bruno Oger and the evening ended with a concert by Jeanne Cherhal, who performed songs from the most legendary movies.

Congratulations to the winners, Sheila Atim and Jack Lowden on receiving this exceptional award.