Since its first appearance on a pair of patent high heeled shoes in 1942, the buckle has become an iconic symbol of the Roger Vivier House – defining decades of instantly recognisable footwear designs that embody the elegance and originality of the Parisian shoemaker. 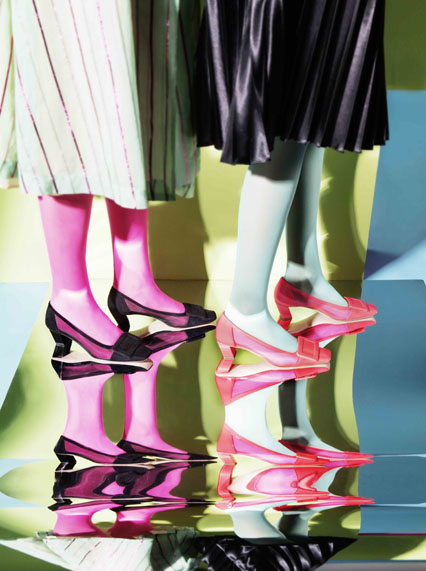 From Roger Vivier’s first designs to current Creative Director Gherardo Felloni’s interpretation, the buckle has undergone many reinventions but never losing its distinctive elements, which makes it a signature of the house.

It was in January of 1942, while Roger Vivier was in New York, that he filed a patent for a shoe with a high heel and a large buckle at the throat. This was perhaps the beginning of a journey that would last decades and make an everlasting mark on in the history of shoemaking. However throughout the sixties, as styles changed so did the route of Vivier’s designs as he moved towards more practical heels for women who were working and travelling, requiring comfort over fashion. 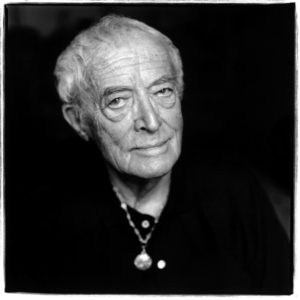 Then, in 1965 the iconic buckle shoe that we still know and love was born. The original idea for the first buckle came from the shoe of a marquis, from a time when buckles were seen as jewellery for the feet. Roger Vivier modernized the rectangular shape, making it more geometric with straight sides that represent masculinity and rounded angles that represent femininity – the perfect symbol of balance. 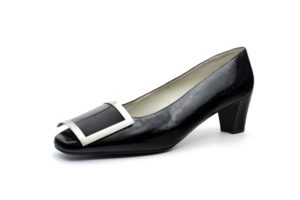 The shoe debuted in the Yves Saint Laurent fashion show that year in Paris. The standout shoe was the now-famous Mondrian collection – featuring a chrome-plated buckle that almost entirely covered the upper portion of the shoe. 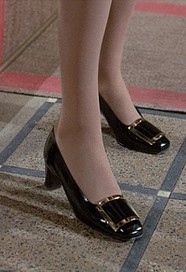 Soon after this, every woman in Paris wanted a Roger Vivier shoe – with the flagship boutique selling 50 pairs a day! In 1967 the shoes were worn by French actress Catherine Deneuve, who wore a pair in Luis Bunuel’s film “Belle de Jour.” This shoe has been known ever since as the “Belle Vivier” – the Maison’s most iconic style, worn by the world’s most elegant women of that time including Jacqueline Kennedy, Hélène Rochas and Marlene Dietrich. 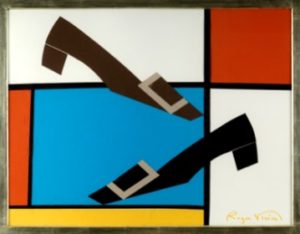 The iconic buckle has seen many reinventions over the last 55 year. The shoes have changed in shape, that buckle has changed in size and colour, but it has always remained as a symbol of stability for the house and to this day represented the DNA of Roger Vivier. 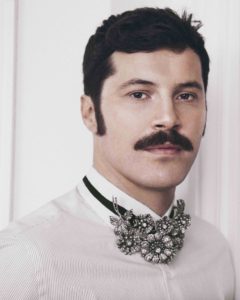 Roger Vivier’s current Creative Director Gherardo Felloni has brought the brand’s heritage and the buckle to the forefront of the brand for the spring/summer 2020 collection. A collection that celebrates the 55th anniversary of this iconic symbol. 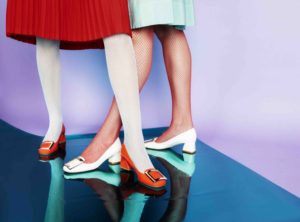 The new Très Vivier was inspired by the Belle Vivier from the sixties and sees a new buckle on bags and shoes. The designs have a retro look but are modernised with more rounded curves, while the Très Vivier pimps have a chunky heel that comes in two heights.

Taking things one step further Felloni also interpreted the signature buckle on Roger Vivier’s first running shoe, the Viv’ Run sneakers, which he debuted in his first collection and continues to be one of the most-loved styles each season. 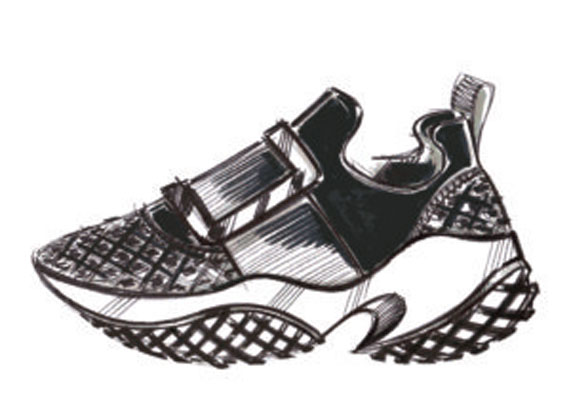 One of the key styles for Spring/Summer 2020 is the Belle Vivier pumps, which Felloni reimagines with different materials, colour combinations and buckle styles – covered in leather, polished in metal or encrusted in crystals. This quirky collection allows the customer of today to appreciate a small part of the brand’s history.

Luxury Brands Continue to Support the Fight Against COVID-19