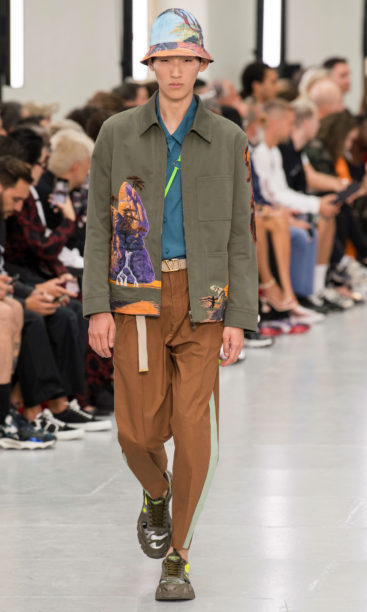 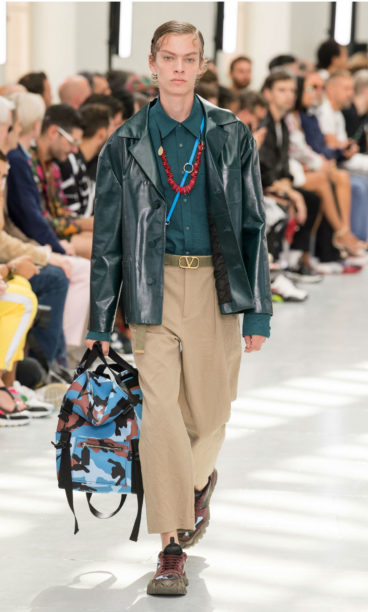 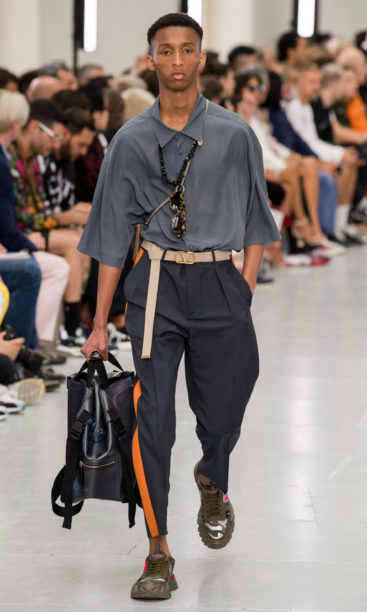 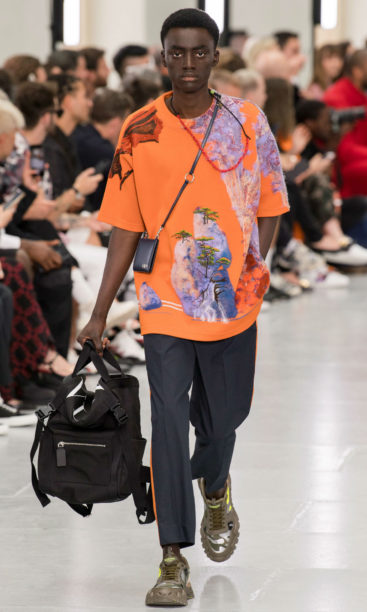 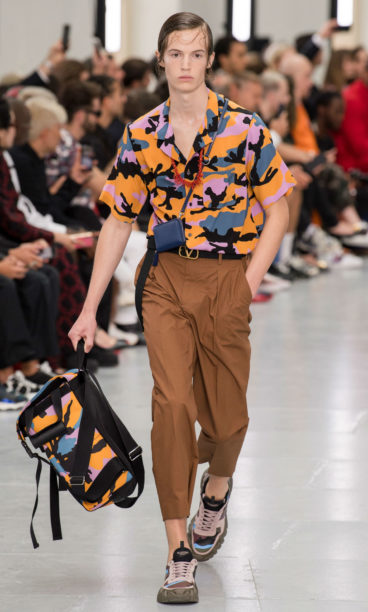 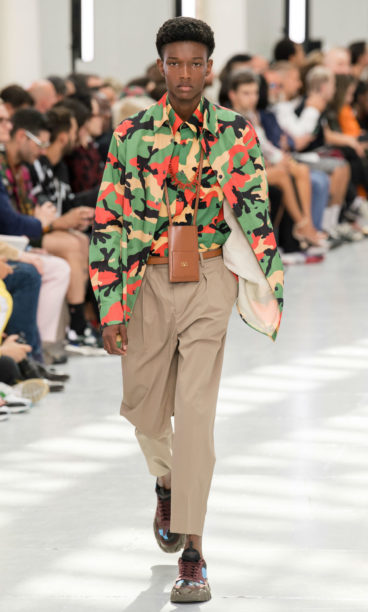 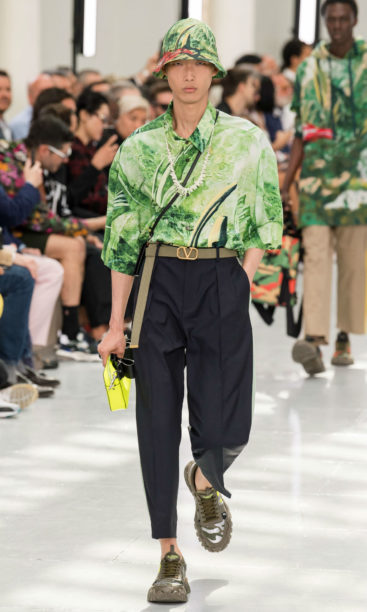 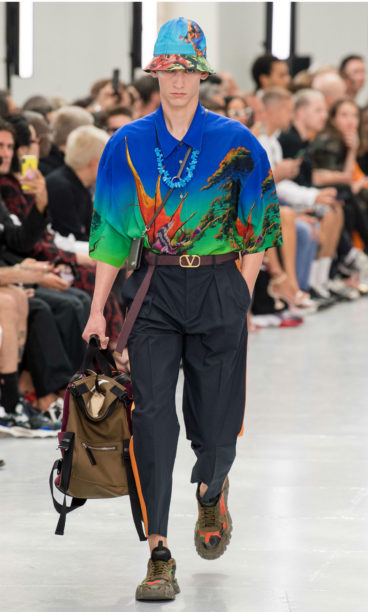 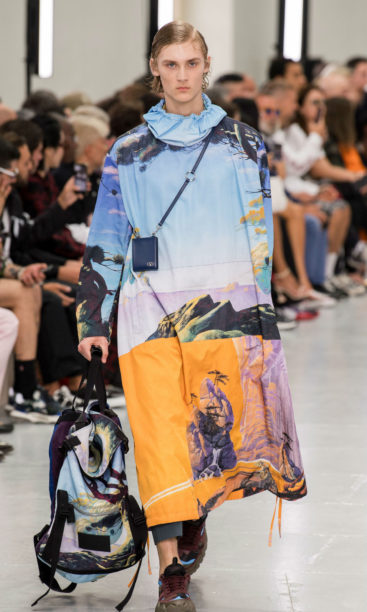 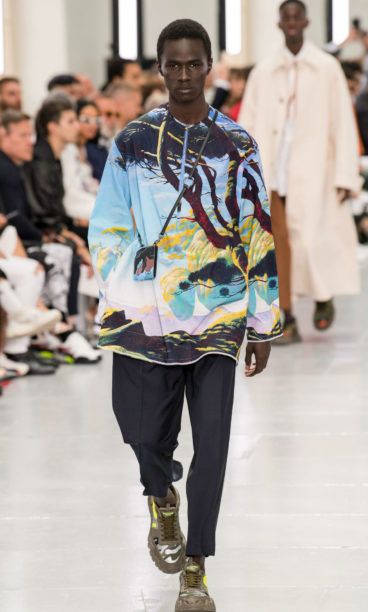 Taking to the Grand Palais in Paris, Valentino’s Creative Director Pierpaolo Piccioli presented a menswear collection for the warmer months that took inspiration from Roger Dean.

The English artist and designer is known for his fantastical, vivid landscape creations and one of his most recognisable works in the album cover for British band Yes for their 1993 release of An Evening of Yes Music Plus.

But with the artist’s Floating Island painting included onto the official invite for the Italian fashion house, it was an indication of what was to come… As models made their way down the runway, they embodied Dean’s opposing themes of both the natural and the fantastical, mixing earthy tones of tawny brown and olive green with vibrant tones of orchid purple over sun bright orange.

Camo print was far from camouflage in vivid tones, and picturesque landscape prints were equally removed from the natural with highly saturated shades. As for shapes, boxy shirts were tucked into smart slacks – clinched with a buckle belt – and looks were finished with cross body leather bags and weekenders, while only the chunky climber trainers would suffice.

See some of our favourite looks above, 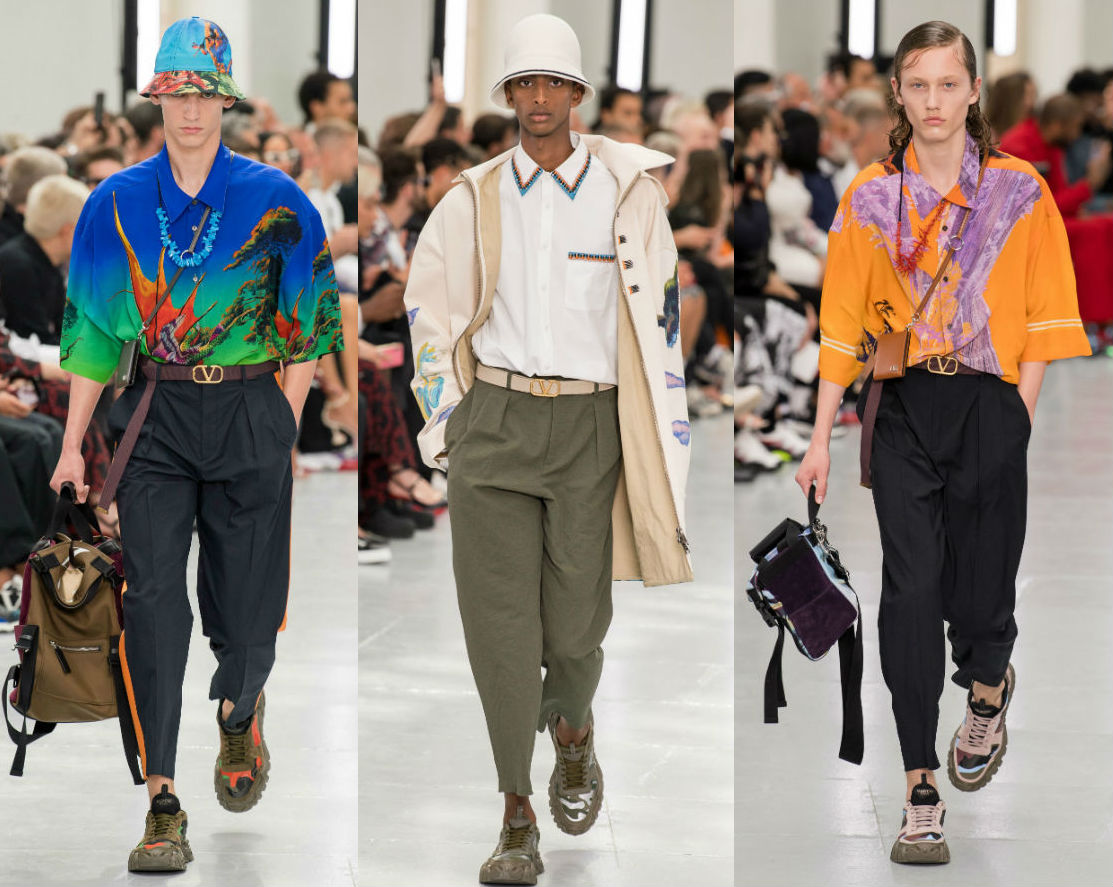 Inside Ermenegildo Zegna’s Upcycled and Sustainable Menswear Collection for SS20

Armani, Fendi and Dsquared2 at Milan Fashion Week: See Inside the Mens Fashion Shows for Spring/Summer 2020