Maison Alaïa has presented its first collection since the sad death of iconic designer Azzedine Alaïa. 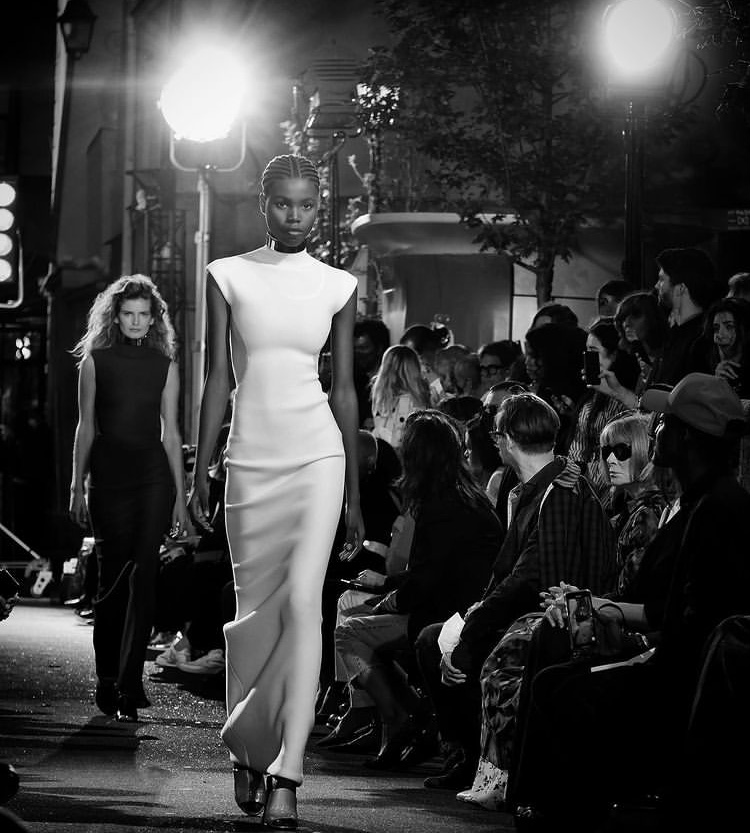 Designed by new Creative Director Belgian designer Pieter Mulier, the star-studded show took place on rue de Moussy, where the Alaïa headquarters is located, as a tribute to Mr. Alaïa and his team.

Mulier is the first Creative Director to join the house after the death of its Tunisian founder four years ago. With an impressive resume, Mulier was the right-hand man of Raf Simons at Calvin Klein for almost twenty years and has also worked at Jil Sander and Christian Dior. 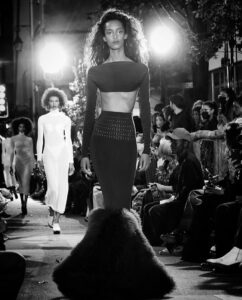 The show was attended by editors and VIPs including that included Raf Simons, Co-Creative Director at Prada Valentino’s Creative Director Pierpaolo Piccioli who are both good friends of Mulier.

While this collection represents a new era for the house it also reflects the history and DNA of the brand.

The show notes were dedicated to the late Azzedine. “This collection is intended as a tribute to thank you. To express my sincere respect and recognition for the work you did.” It read. “ I tried to be faithful to your creative approach. I even tried to get into your mind, but that’s impossible. Thank you for your peerless adulation of the feminine figure. You were a sculptor, a genius of the hand.” 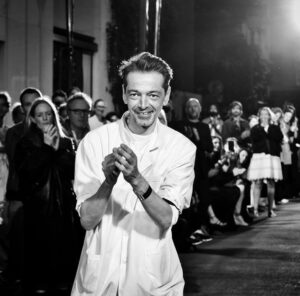 The tribute was a touching one that was reflected in the clothing, clearing mirroring some of the classic Azzedine signatures while offering a new sexy modern look for today’s woman.

The collection begins a new chapter for the brand but allow us all to remember the legacy of a legend whose vision will never be forgotten. 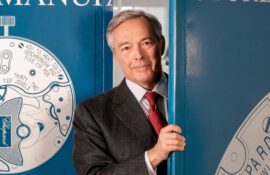 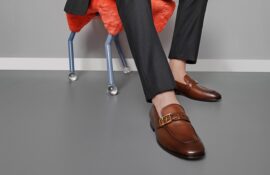