From a complete overhaul at Celine to lip syncing models at Balmain, it was a weekend of triumphs and split opinions. 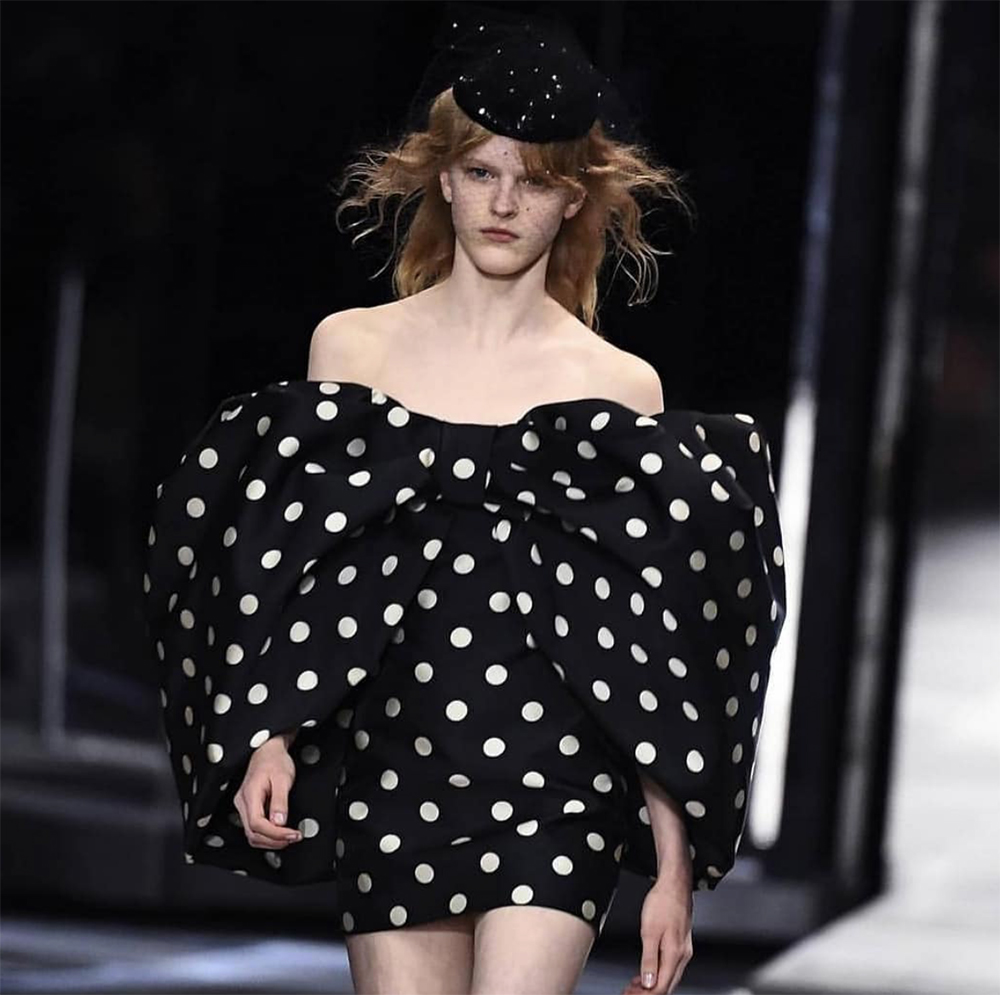 The reviews have been pouring in after Hedi Slimane’s debut at Celine, and it’s a mixed reaction. Many love his bold vision for the house, while others feel it’s too like his days at Saint Laurent and are mourning the modern feminine silhouettes from Phoebe Philo. In the show notes, he pointed out that the men’s styles will also be rolled out for women and that’s where he really showed his strength. Not only this was a first men’s collection for the house, but the tailoring was really impressive and will offer Philo fans something to look forward to. 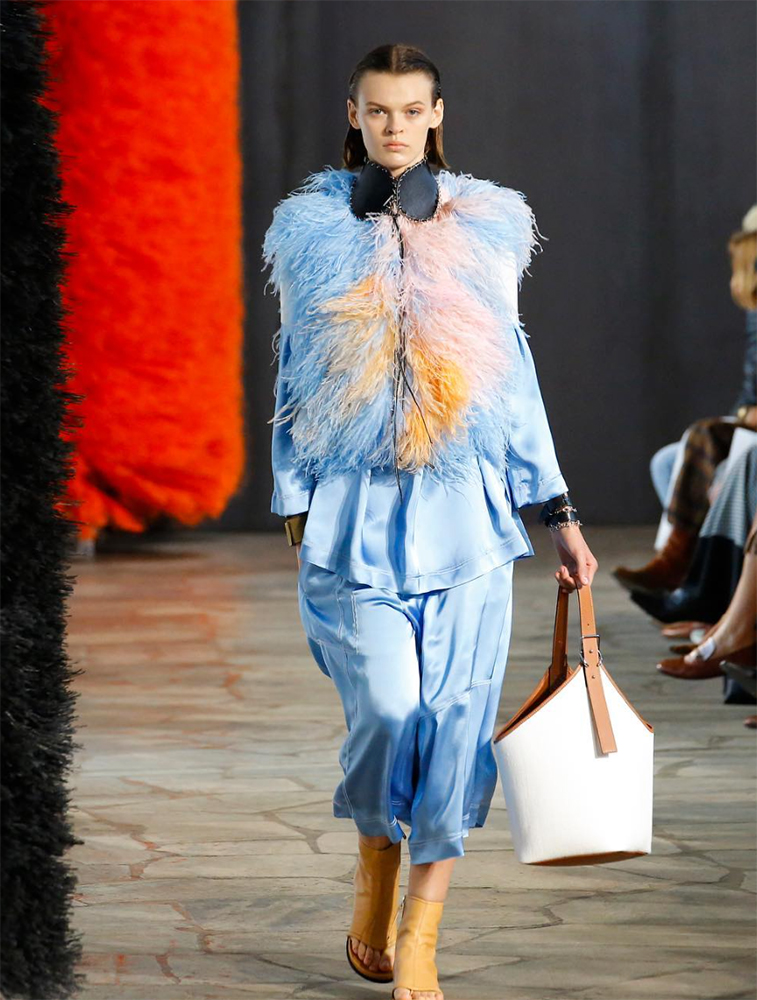 There was something truly wonderful happening over at Loewe as Jonathan Anderson showcased his flair for distorted shapes and creative use of textures with exceptional accessories. A number of experts have already pointed out that Loewe can step into the Philo shaped hole. Among all the patchwork and mildly deconstructed ensembles stood and expertly made collection of easy-to-wear pieces that looked delicate and elegant. 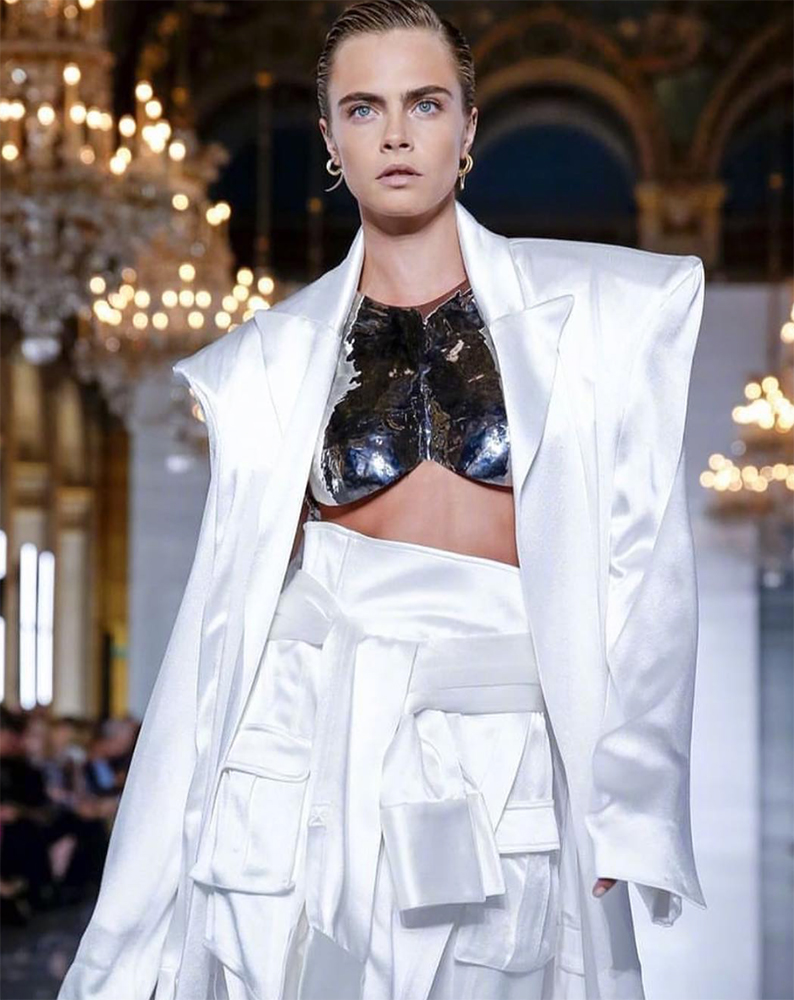 Olivier Rousteing doesn’t play by the rules and is boldly pushing his vision for Balmain forward. Cara Delevingne made her return to the runway as she opened and closed the show while lip syncing to Prince. It was outrageous, bold, vibrant and excessive – just as fans of Balmain like it. Parisian architecture and Egyptian sculptures were his inspiration so we saw hard shoulders, almost concrete-like lines and mini dresses decorated with pyramid shapes. To break up the edgier pieces he introduced organza to some of the gowns and dresses. The geometry and mish mash of fabrics was wild, but he made it all work harmoniously. Of course, you’d struggle to wear some of it, but deep down inside you really want to and that bold creativity is what makes Rousteing so appealing. 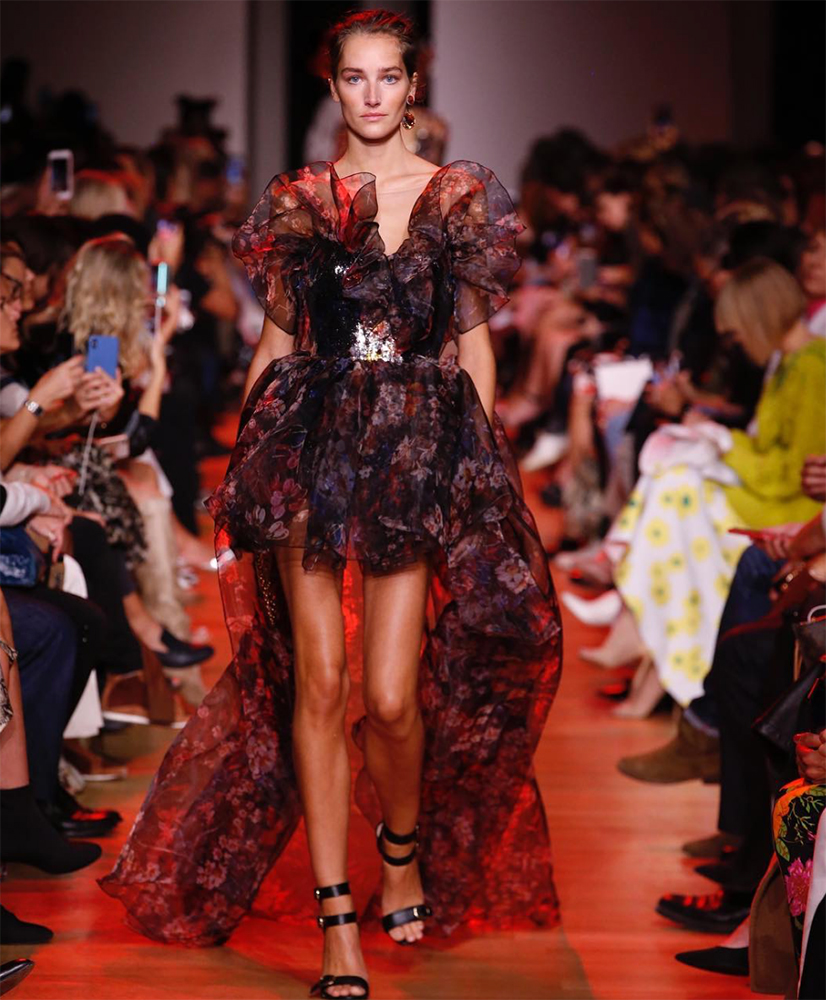 There was delicate glamour mixed with strong sensuality at Elie Saab. He showcased his interpretation on spring floral with lazer cut shapes on leather, flowing gowns with dark micro blooms and sheer lace dresses that had flowers gently embroidered into them. The mini dresses with blazers offered something for daytime, as did the sequin shorts with a matching bomber jacket. For the office, we are a little bit in love with a caped white shirt worn with tailored wide leg trousers in navy. He added a dash of leopard spots and multi-colour stripes, but in the end brought it back to his garden with flowing gowns that offered prettiness with every petal, and sensuality through his cleaver use of transparency. 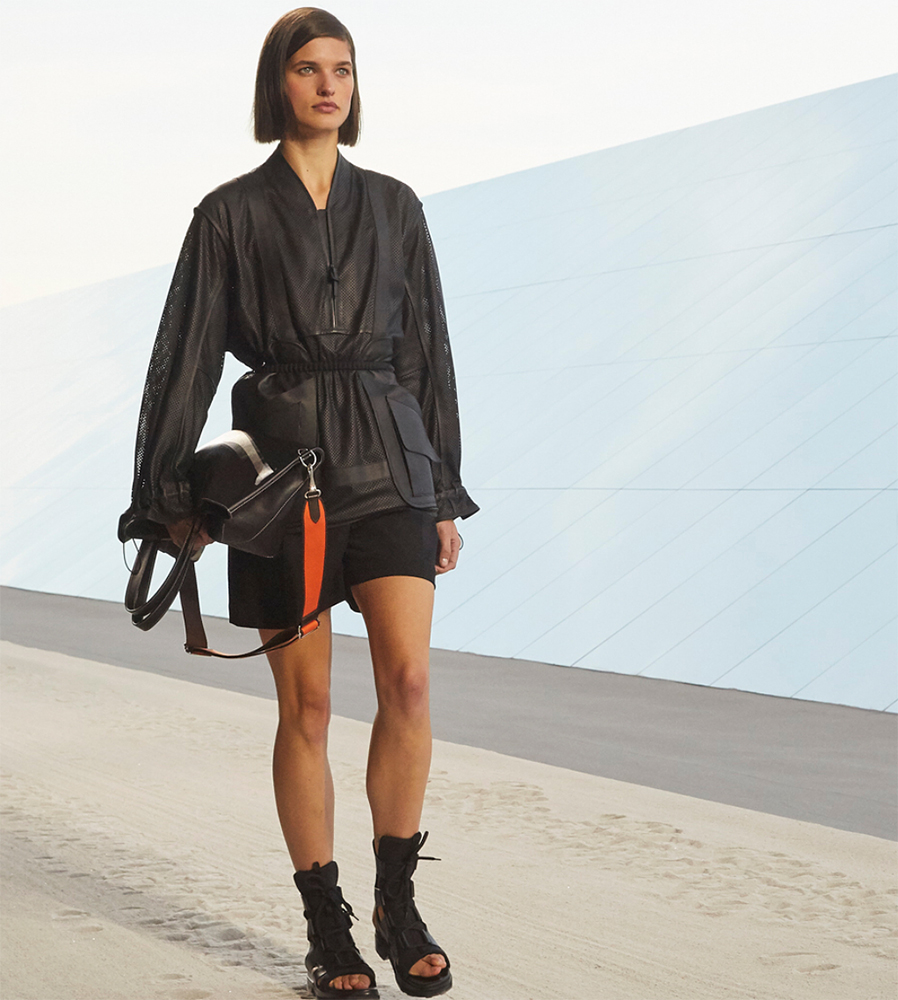 Longchamp Racecourse awaited guests for the Hermès SS19 that focused less on the equestrian looks – despite the location – and more on relaxed glamour with elements of sports lux. Using neutral palette as the base, we saw boxy separates, beautifully crafted leather coats, drawstring cagoules and dresses. The rope detail on some the tops stood out as well as clean tailored trousers and an elegant use of leather in jackets and dresses. 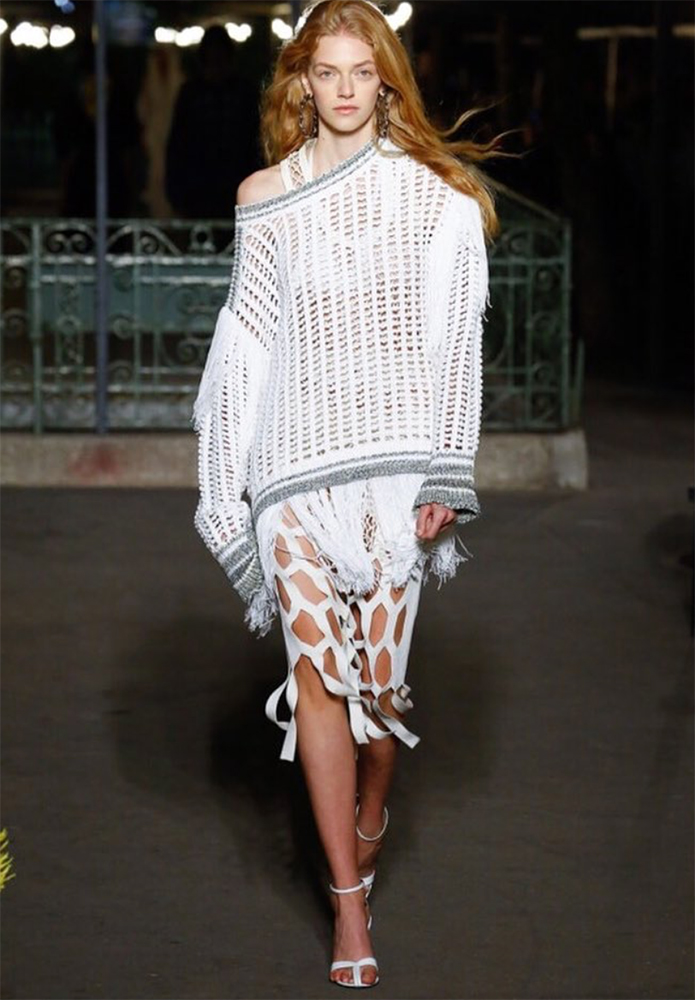 Sonia Rykiel has spent the year celebrating the 50th anniversary of the brand and last night was a particularly special moment as the show was staged on of a Sixth Arrondissement allée that was named after the late designer. She was known for her colourful knitwear and there was plenty of it during the SS19 show, but Rykiel’s creative director Julie de Libran was inspired by fact that the street is used for a Sunday market. She channeled the ‘no dress code’ atmosphere by styling the models in a mix of pieces like lace dresses and trench coats – something you’d pull on quickly when you want to rush out the door and grab a freshly baked baguette. There were dogs and kids on the runway, as well as netted knitwear to mimic the market bags.