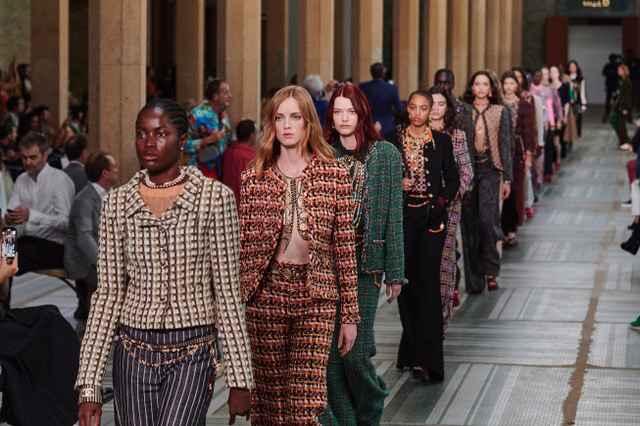 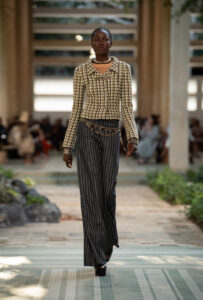 “Going beyond the runway show, it’s the event as a whole that I took into account. We’ve been thinking about it for three years. I wanted it to happen gently, over several days of deep, respectful dialoguing,” said Virginie Viard, Chanel’s Artistic Director. 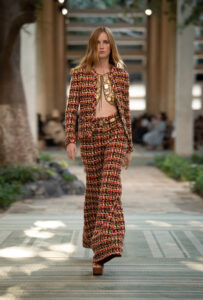 Designed between the Chanel Creation studio in Paris and le19M, between Paris and the porte d’Aubervilliers, where eleven of Chanel’s Maisons d’art are located, each year the Métiers d’art collection pays tribute to fashion savoir-faire. Since 2002, it has been presented in different locations all over the world. 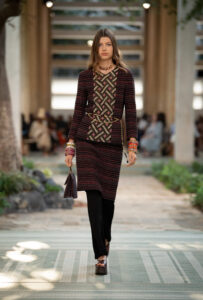 “The former Palais de Justice in Dakar, where not only the runway show but also a major part of the accompanying artistic programme are taking place, is one of the most beautiful venues we have ever presented a collection in. It was an obvious choice, and has been a source of inspiration as well.” 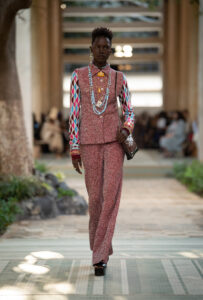 In order to celebrate the artistic scene of this leading cultural capital the show opened with a dance performance titled “The Slow Show”, by the École des Sables and Dimitri Chamblas. The dancers were from the École des Sables, an international training and creation centre for traditional and contemporary African dances founded by Germaine Acogny.

Acogny has been involved in the project since its inception, met with singer Obree Daman and his choir in Dakar’s former Palais de Justice. DBN Gogo provided the musical finale of the show. 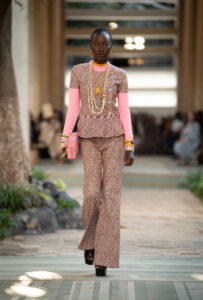 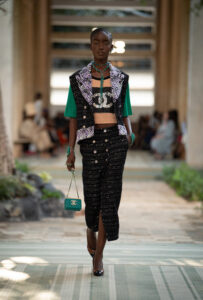 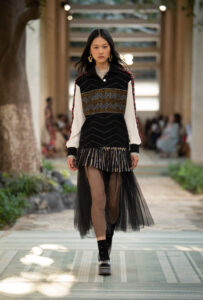 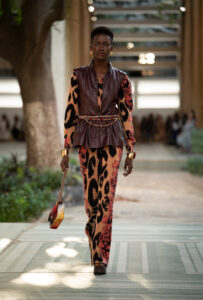 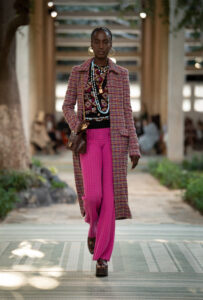 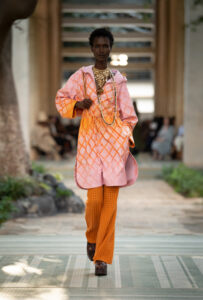 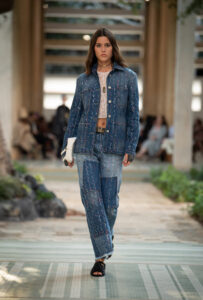 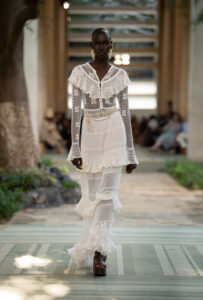 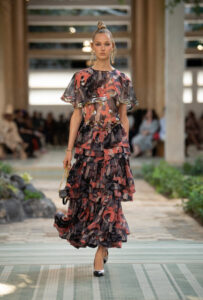 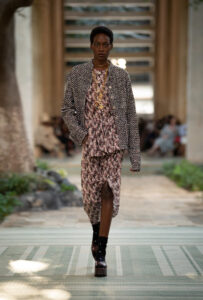 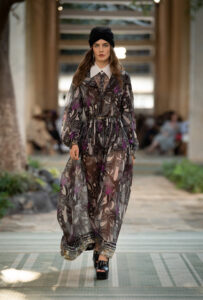 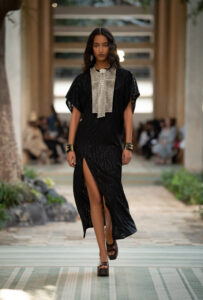