On her 37th birthday, the spotlight was not on Meghan Markle, much. 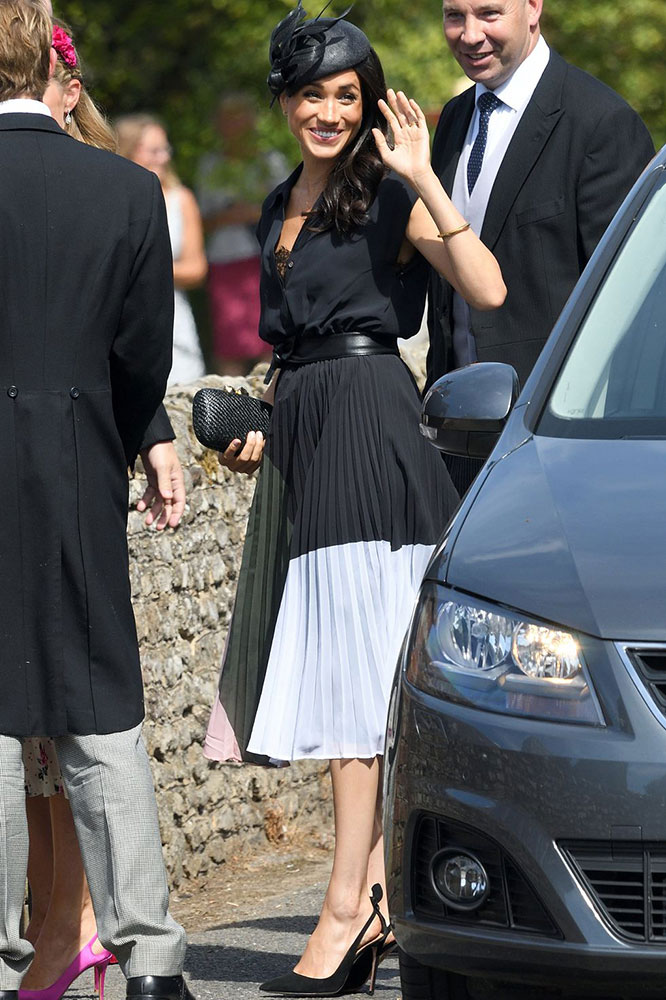 The Duchess of Sussex celebrated her first birthday as a royal in a company of her husband Prince Harry and their close friends, but it was for a whole other occasion.

The pair attended the wedding of Charlie von Straubenzee and Daisy Jenks in Surrey. Meghan chose a pleated Club Monaco dress that she styled with a Philip Treacy fascinator, Kayu clutch bag and Aquazzura black pumps. 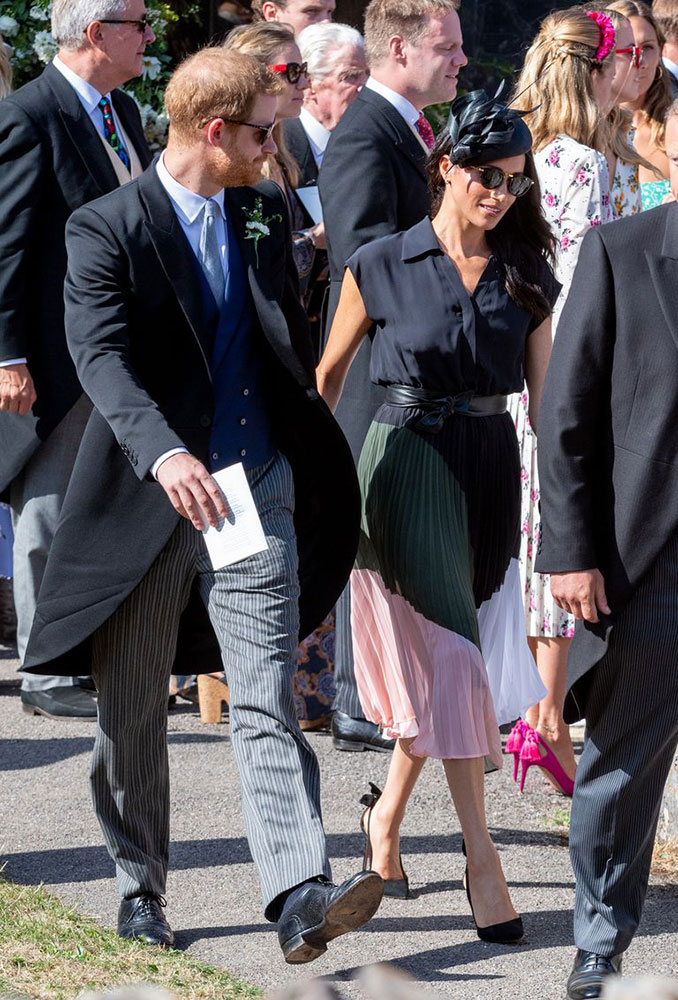 While Prince Harry looked vert much loved up with his wife, he had best man duties to attend to. We also spotted Princess Eugenie with fiance Jack Brooksbanks, the pair are due to get married in Westminster Abbey in October, and there are rumours that Kate Middleton and Prince William were also in attendance but they were not pictured at the ceremony.

Meghan also shares her birthday with the late Queen Mother which we are Queen Elizabeth II marked in her own special way.