An ambitious project in Saudi Arabia is set to change the way we live forever. 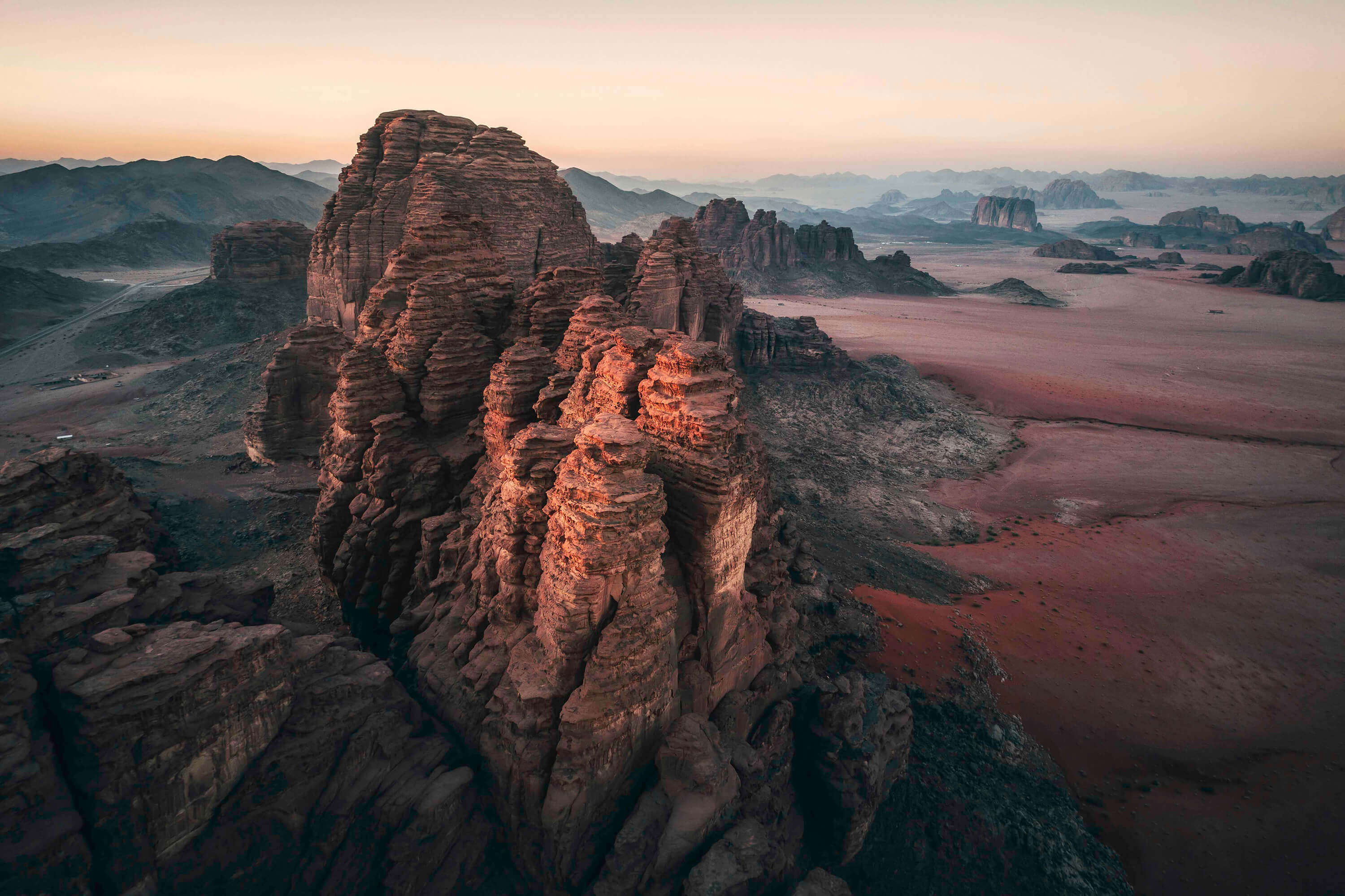 Located in the North West of The Kingdom of Saudi Arabia, NEOM is a historical area that’s carving out the future of living. The brainchild of His Royal Highness Crown Prince Mohammed Bin Salman This area is set to become a central point for the world’s trade and an economic global hub when it’s finished. In early 2021 under the Saudi Vision 2030, this ambitious and ground-breaking project was announced to create a huge self-sufficient, sustainable, environmentally friendly area of the future, setting an example for the rest of the world.

Neom is located at the crossroads of the world, with 40 per cent of the world’s popular living less than four hours away. This makes it the perfect destination for living. The plan is to attract the world’s entrepreneurs and business owners to set up home in Neom, and allow them to live as Global Citizens in the heart of the world. 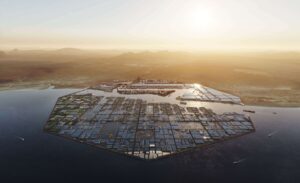 NEOM is built on five fundamental and interconnected principles:

Sustainability: Sustainability will be a way of life at NEOM with a goal of leaving the world in a better condition than how it was found.

Community: Once complete NEOM will create a unique and distinctive community with a send of place and purpose. Layout out the foundations for its residents to create and strengthen the culture of this area with a sense of diversity and open-mindedness.

Nature: Nature will be entwined with all aspects of life at Neom. Humankind will live side by side with nature and respect that natural balance and diversity of the unique life within NEOM.

Technology: The vision is that innovation will happen faster in NEOM than anywhere else in the world. It will offer people the perfect environment to conceive and develop technology that works seamlessly with society and consequently will serve as a hub for the world’s most innovative entrepreneurs.

Liveability: The environment created in NEOM will offer smart technology as well as the benefits that come from sustainability to enhance all aspects of life – physical, mental and social.

These five factors will be powered by a profitable economy that will pioneer the future of some of the world’s key economic sectors. NEOM will focus on key segments to ensure it is bringing the best of the best in all areas of life. The sectors include: 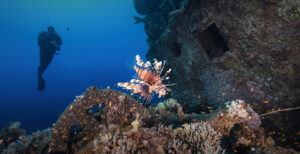 NEOM will feature an unrivalled energy system that will capitalise on the solar and wind potential for the climate in the area. NEOM promises to build new industries and drive the next wave of the energy transition by producing green hydrogen (H2). Leveraging low-cost clean energy and a carbon-free energy ecosystem from scratch, NEOM plans on developing energy-intensive industries with the potential to lead on a global scale.

NEOM will use the world’s best water technology, using the vast supply of water available from the neighbouring Red Sea. With extensive access to low-cost, renewable energy and the Kingdom’s vast domestic desalination expertise, NEOM has a unique competitive advantage. It aims to be a global powerhouse in water production and storage, and a centre of excellence for global water technology, fully integrated along the value chain and anchored on water desalination. This will attract water-related research companies and start-ups, drive innovation and champion all elements of the water industry.

NEOM will drive the future of mobility to provide international, regional and urban connection via sea, air and land. Planning is underway to build a port that will catalyse world trade with NEOM, open an intermodal gateway with NEOM’s surrounding region and facilitate cruise tourism to NEOM. NEOM Port will be the world’s most advanced, sustainable and efficient port and logistics zone. NEOM will also operate on zero carbon emissions by offset and will be home to one of the world’s most forward-thining airports.

Technology will be at the heart of life in NEOM. Exciting new technologies that blur the gap between man and machine will be at the backbone of the community and a seamless transfer between digital and physical worlds will be crucial. NEOM will create the best, most conducive environment for innovation in technology and digital. Investors, inventors and leading tech organizations will enjoy a world-first opportunity — to use NEOM as a region-wide living lab for innovation and create future-proof technologies with valuable and scalable intellectual property.

NEOM will be designed to become the region’s centre for thriving media industries. Providing state-of-the-art infrastructure, technology and a supportive media regulatory and funding framework, NEOM will encourage creatives to excite and engage audiences with all forms of world-class content. people will be able to immerse themselves in high-tech experiences, from checking out a book in the library of the future and shopping in the next generation of experiential retail to being “IN” the movie or in the game and, for the first time, walking with fantastic creatures. All these educational and cultural experiences supported by future technologies will add up to rich entertainment delivered in ways never experienced before. 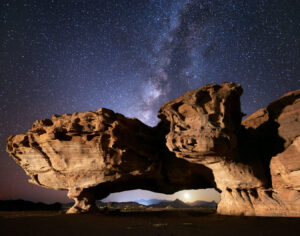 NEOM will provide universal access to financial services within one of the world’s most socially responsible services ecosystems leveraging pioneering technologies to support economic growth. In doing so, NEOM will aim to build an economy that is oriented to the future, serving not just as a model for the Kingdom of Saudi Arabia, but also the whole world.

Neom promises to create the world’s healthiest, most active population through its approach to sport and activities. It will become a global hub for sports, uniting its communities, shaping its healthy lifestyle and contributing to its innovative economy. With its world-leading facilities, NEOM will aim to attract the world’s best athletes and provide a launchpad for the latest adventure sports. 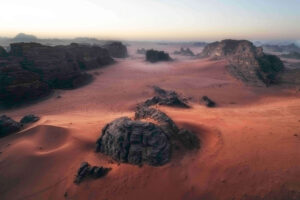 NEOM is creating a whole new integrated health and well-being ecosystem in an end-to-end system, never been done before. It promises to lead the world in health and wellbeing by eating an environment that optimizes healthy lifestyles, focusing on proactive personalised prevention and world-class treatment of diseases. NEOM’s integrated person-centred health ecosystem will incorporate the latest technological advancements in healthcare and biotechnology.

And finally, tourism will be one of the most important factors of NEOM’s development, with the unique approach encompassing all of the sites key principles to offer visitors the “tourism of tomorrow”. The climate is great with temperatures on average around 10°C cooler than surrounding areas and the rest of the GCC. On one side you’ll find long beaches surrounded and the cool winds from the Red Sea with its thousands of miles of untouched coral reefs, and on the other, valleys and deserts, cradled by mountains offering scenery that is simply stunning. 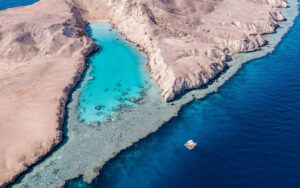 Launched in early 2021 The Line is a revolution in urban living and designed to become a blueprint for how people and the planet can co-exist in harmony. The Line is a 170km belt of hyper-connected communities in the area of Neom. The communities will be designed without cars and roads and built around nature, rather than destroying the large areas of the beautiful nature will be preserved for conservation. A three-layer system will consist of the Pedestrian layer; where residents live, the Service Layer; an invisible layer below ground of infrastructure that will allow services to be done with ease, and the Spine Layer which will be the deepest underground and home to a sophisticated transport system. 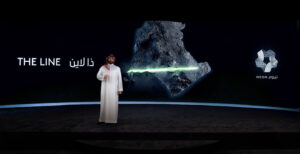 The project in NEOM is well underway with many areas already constructed and the goal of becoming home to over one million people. Hotels have already begun to open, residences are ready and global sporting events are already taking place on the site. Over the coming years, NEOM will be backed by more than $500 billion by the Public Investment Fund of Saudi Arabia, as well as local and international investors. NEOM’s contribution to the Kingdom’s GDP is projected to reach at least $48 billion by 2030.