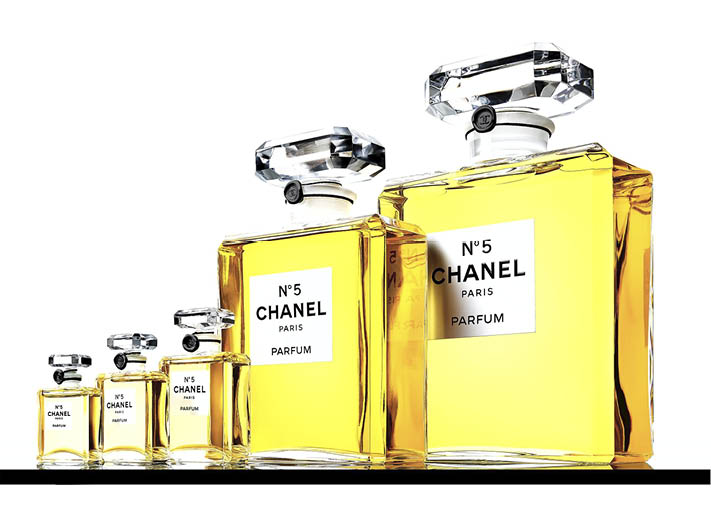 A fragrance that has been synonymous with elegance and glamour for a century, Chanel N°5 is truly an icon. Its creation in 1921 disrupted the fragrance industry which at the time, was driven by two types of scent: those simple, respectable scents, made from a single garden flower and those provocative scenes that were made with heavy animal musk or jasmine. But Chanel N°5 was neither of these. It was a new type of fragrance that embodied elegance and femininity, celebrating the spirit of the roaring twenties and appealing to women, like Gabrielle Chanel herself, who were looking for something unusual and special. It was also the first fragrance to bring together the worlds of fashion and beauty, beginning a new era for these two industries that are so closely intertwined.

Enlisting the talent of Russian master perfumer Ernest Beaux, Gabrielle Chanel set about creating the first Chanel fragrance. A scent that would bridge the gap in the industry and appeal to the glamorous flapper ladies who captured the modern feminine spirit of that era but also had an elegant, sophisticated side. After creating ten samples over several months, Beaux presented them to Gabrielle. The samples were numbered 1 to 5 and 20 to 24. The chosen fragrance was number 5 – hence the iconic name. It was to be a perfume that combined over 80 flowers, something completely unheard of at the time and while a huge risk, was undoubtedly a decision that would change the world of fragrance forever. It is in fact rumoured that the concoction was actually the result of a laboratory mistake. Beaux’s assistant had reportedly added a dose of aldehyde in a quantity never used before and this was the final scent chosen. Whether the story is true or not, it was a match made in heaven and a scent that would become an icon over the next 100 years. 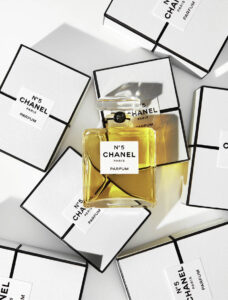 It became an instant success, partly due to Gabrielle Chanel’s ingenious marketing techniques, surrounding herself with the who’s who of Paris and invited them all to be a part of the experience. The official fragrance launch took place at Gabrielle’s rue Cambon boutique on the 5th day of the 5th month of the year (5th May 1921). The shop was filled with the scent and her close friends were invited to immerse themselves in the smell of this special fragrance.

Today, as the House of Chanel celebrates 100 years since the creation of Chanel N°5 the perfume needs no introduction. A bottle of Chanel N°5 is reportedly sold every 30 seconds around the world. What started as a single fragrance has become an entire collection of products, all with the N°5 moniker but each with its own unique personality. Millions of women around the world have come to rely on this scent as their go-to perfume and there is truly nothing like it. As Chanel N°5 celebrates its centenary year in 2021, the brand has launched CHANEL FACTORY 5, a revolutionary experience that made it possible to produce a completely new collection, with N° 5 as its sole ingredient. The collection consists of seventeen limited-edition products inspired by everyday objects, a reminder that wearing N° 5 transforms the ordinary. CHANEL FACTORY 5 been presented at selected Chanel boutiques around the world, including Dubai, in recreations of its production site, inviting visitors to immerse themselves in the world of this iconic fragrance.

Chanel’s In-House Perfumer-Creator Olivier Polge prides himself on bringing together Chanel’s past, present and future through his creations. Since joining the house in 2015 after taking over from his father Jacques Polge, Olivier’s mission has to continue to “work with raw materials like a painter would work with his palette of colours”. As the guardian of the N° 5 recipe, Olivier has a legacy to preserve and as this iconic scent celebrates 100 years, Olivier recalls his own relationship with the fragrance. 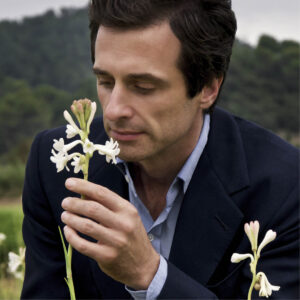 How do you explain the longevity of N°5?

Gabrielle Chanel’s idea was to create “an artificial scent”, which, in her own words, meant constructed like a dress. N°5 arose from this opulent and mysterious composition of flowers that complement one another without any single one really being identifiable. That is why it is considered an abstract fragrance. The way that aldehydes were used in proportions that enhanced the natural ingredients was incredibly modern. Its longevity, and its success, can be explained in large part by its abstract nature and this mystery. But that is not all, because for 100 years the House of CHANEL has also had the intelligence to look after N°5, as if it were a new fragrance, in terms of the formula itself, of course, but also in terms of the work that goes into its image, which keeps N°5 forever rooted in its era.

What role do raw materials play in N°5?

The standards of this fragrance make it inimitable. In one little bottle of N°5 Parfum, there are over one thousand flowers, which shows its opulence. Some ingredients come from France, but others from much farther away, a rare thing one hundred years ago. It is a little world in and of itself. In creating N°5, the House developed a true fragrance savoir-faire and monitors the entire value chain from flower to bottle. This savoir-faire has become integrated, which is exceptional, still today. 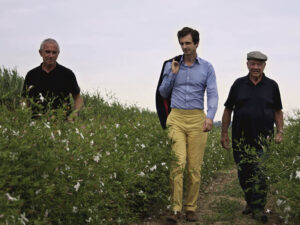 Part of my job each and every day is to preserve N°5. Throughout the year, we make sure to acquire all of its qualities: citruses at the beginning of the year, then orange blossoms, roses in May, jasmine in September, ylang-ylang several times a year. It requires constant vigilance, a job that is rooted in history. I have the 1921 formula, handwritten by Ernest Beaux, in the safe.

What is the relationship between fashion and fragrance?

Gabrielle Chanel had the brilliant intuition to turn perfume into a fashion accessory. When she had the idea for N°5, fashion and fragrance were two completely separate worlds. She, a dressmaker, was the one who decided to bring them together. Because of this infusion, I am always influenced by fashion. There is no completely clearly defined bridge, but a state of mind, a style of life in each of our different fields, which are intertwined. I quite like the expression by Gabrielle Chanel, who said, “Chanel – above all else, is a style. Fashion, you see, goes out of fashion. Style never.” The complexity of N°5 is a powerful creative act. In fragrance, like in fashion, we do not copy nature, we always try to transform it through construction.

How can N°5 be simultaneously preserved and made to evolve?

N°5 has not lost any of its modernity. It is still instantaneously distinguishable from all other fragrances. Nevertheless, reinterpretations allow us to situate N°5 in this day and age, as well as to make way for new uses. Originally, N°5 was a very concentrated and very precious Parfum, of which just a few drops were worn behind each ear. An appetite for more generous fragrance use, with sprays, for example, calls for new formulations, new textures, and new creative acts that introduce variety. Because the identity of N°5 is so strong, it is easy to play with. When I had the idea for N°5 L’Eau, I had elements essential to N°5 at my disposition, which took me toward tones that were more sparkling, fruiter at the top, lighter: these naturally occurring aldehydes that we had been able to capture from concentrated citrus essences were zestier and more fluid than the original aldehydes. This exercise in reinterpretation, which my predecessors underwent before me, allows us to express another side to the signature of N°5 and to view it through a new prism. Through it, some obvious things are brought to our attention from time to time that we find interesting to capture. We always begin with the same N°5 structure, but the raw materials allow us to bring something else to light. 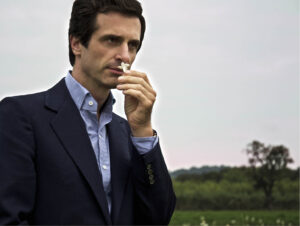 What does N°5 say about the women who wear it?

N°5 reflects Gabrielle Chanel’s personal life story. And yet, N°5 resonates with all kinds of personalities and cultures. Describing the fragrance might better help us grasp the woman who wears it. Femininity, elegance, refinement, a certain richness, and that element of mystery are words that come to my mind. It is the fragrance of an emancipated woman, with assertive femininity. What we express with fragrance cannot be expressed in words, it says something about our personality, in the same way as the clothing that we wear or the manner in which we speak. We wear N°5 for others, but also for ourselves, it is an act that helps one feel good about oneself. N°5 is a wonderful signature of one’s personality. Everything Chanel is in N°5.