Georges Hobeika presented the Spring Summer 2023 Haute Couture collection in Paris on 23rd January 2023, inviting friends of the house to walk the runway alongside models. 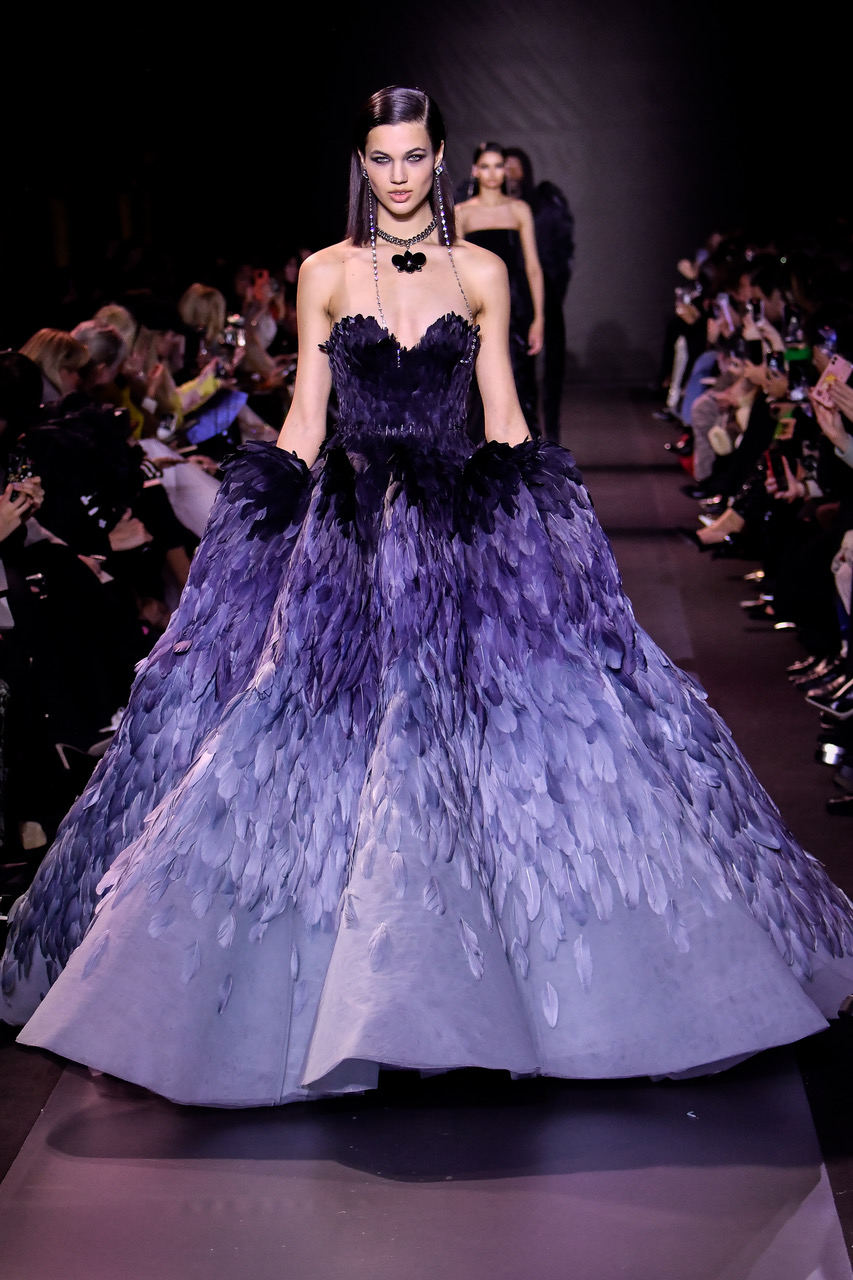 The show which was put together by Co-Creative Directors Georges and Jad Hobeika and was intended as a celebration of the Maison’s savoir-faire starred regional personalities including Diala Makki, Jessica and Rita Kahawaty, and twins Mohammed and Humaid, and Ameni Essebi. 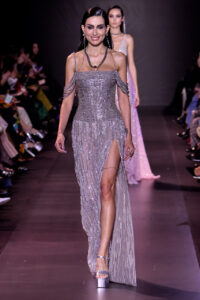 The choice to include friends of the Maison was made to showcase the importance of the relationships and interactions between family and friends. 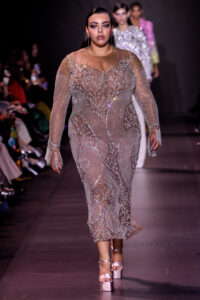 Underlying this concept is the familial collaboration between father and son and Co-Creative Directors Georges and Jad Hobeika, and the powerful link with the house’s archives and ateliers. The collection also highlights the importance of a support network and the people who bring us together in everyday life. 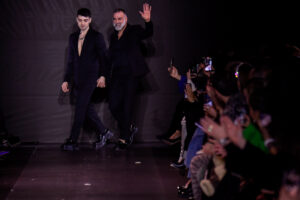 The designs themselves highlight the tradition and modernity of the designer’s 30-year career. Dresses appear to float on the body, while a neckline inspired by Marie-Antoinette opts for the fresh twist of a jumpsuit shape. 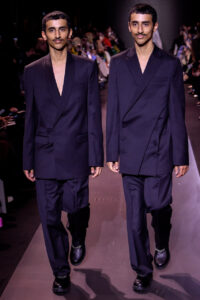 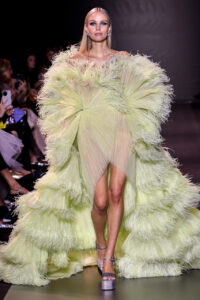 Gold and silver chains and intricate thread embroidery evoke the links and webs between individuals. Motifs from nature including a horse’s head, birds and feathers, echo Jad Hobeika’s own happy childhood memories. 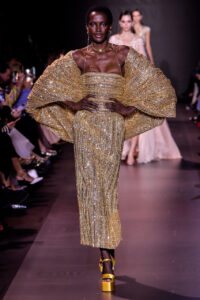 A striking colour palette features the essential yellows, pinks and blues alongside classic black and white, with plays on sheerness and contrasts. 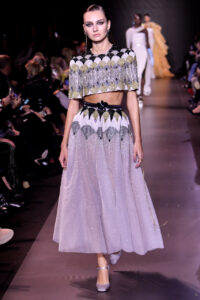 Bringing together references from the Maison’s archive, as well as integrating a bright new energy, this collection is the true vector of happy moments. Highlighting the importance of human connection and conversation, “small talks” stand out in an increasingly virtual world. 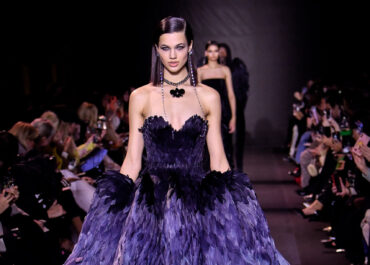 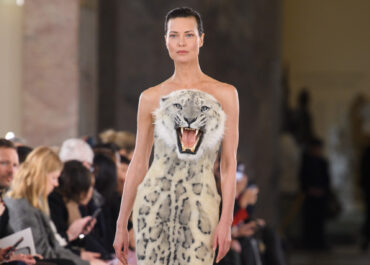 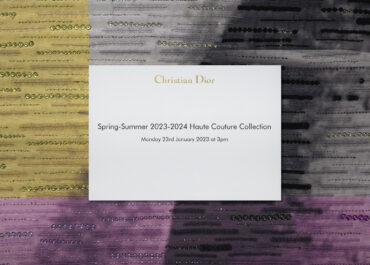 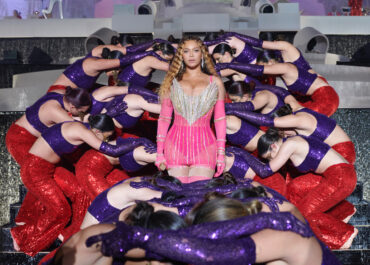 LIFESTYLE Beyoncé Performs at Atlantis The Royal as i... 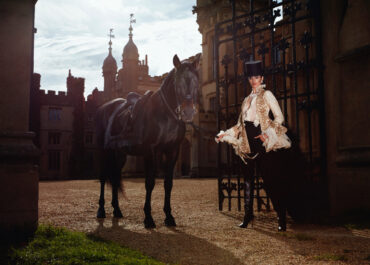 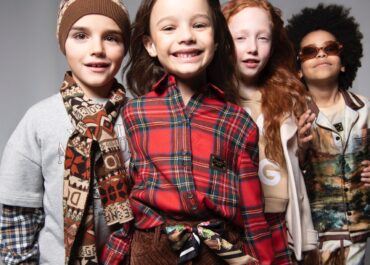 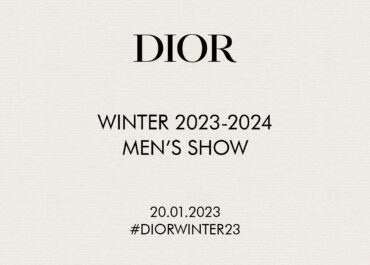 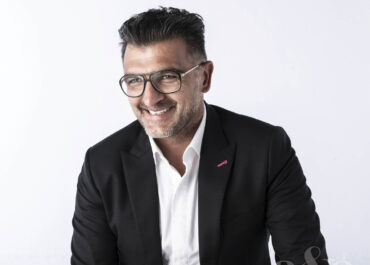 LIFESTYLE A New AI System Could Drastically Change the... 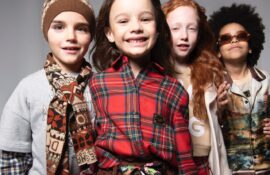 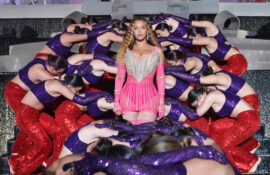 LIFESTYLE Beyoncé Performs at Atlantis The Royal as it Opens in Dubai January 23, 2023 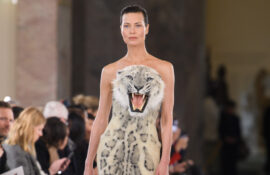 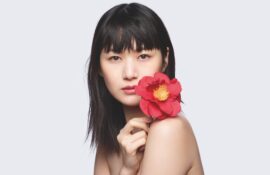