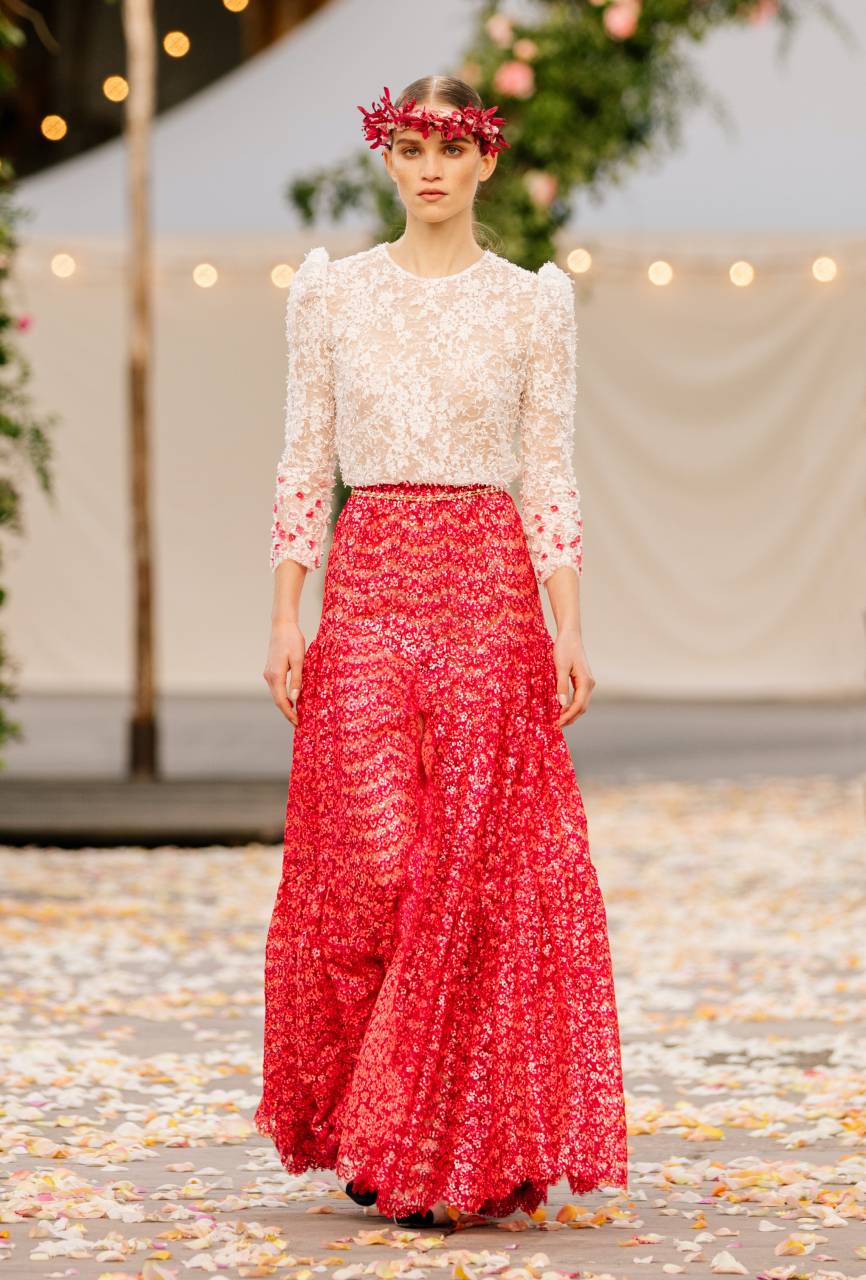 In full-colour models meandered through floral arches at the Grand Palais in Paris with the spirit of summer in their hearts. 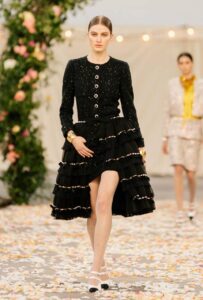 “I knew we couldn’t organise a big show, that we would have to invent something else, so I came up with the idea of a small cortege that would come down the stairs of the Grand Palais and pass beneath arches of flowers. Like a family celebration, a wedding…” said Viard as she set the tone for today’s digital show. 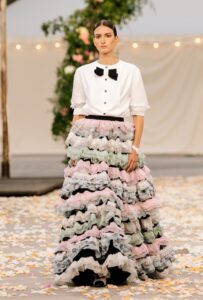 Broadcast via a film directed by Dutch photographer, filmmaker and graphic designer Anton Corbijn, he captured the looks in a romantic yet modern style as a small audience of Chanel ambassadors including Marion Cotillard and Lily-Rose Depp watched on as well as millions from their computer screens around the world. 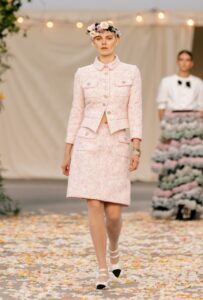 The show began in black and white with a sombre mood but quickly picked up with a dance music soundtrack and full-colour ensembles, setting the mood for a summer of celebration. 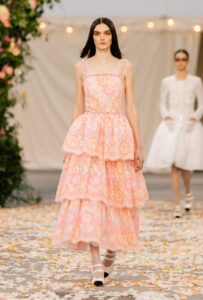 The idea of dance and freedom and of summer evening parties is embodied by petticoats, tiers of flounced crêpe georgette on a pale pink dress, accompanied by an entirely ruffled bolero, and two-tone Mary-Jane shoes with a double strap in the style of the shoes worn by tango dancers, or booties with wedge heels decorated with a fine golden quilt-like grid. A long removable skirt in lace made of white daisies, that liberates the legs, is worn open over a dress in the same lace with an integrated cape. Trouser suits bridge the gap between masculine and feminine with jackets inspired by men’s waistcoats. 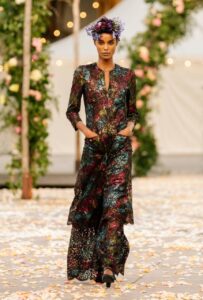 The Maisons d’art, partners to the House of Chanel, were involved in the creation of these exquisite looks, providing their fine skills in savoir-faire. The Montex Atelier made the embroidered macramé of a long dress in pearl grey tulle while delicate feathers by the House of Lemarié embellish the organza flounces of a little dress in black tweed. 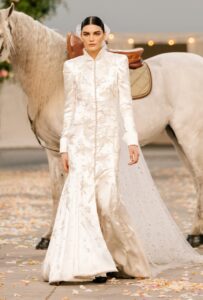 To conclude the show, an elegant bride, dressed all in white arrives on a horse. Her long dress in ecru satin crêpe with a train, embroidered by Lesage with strass and pearl butterflies, plus a wing collar and shirt cuffs. A long veil completes her look. 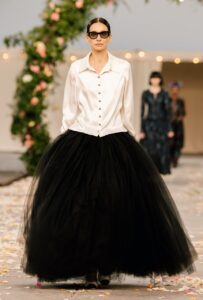 “I’m always thinking about what women would like to have in their wardrobe today,” concludes Virginie Viard. And it’s true to say we would all love to have a little Chanel Haute Couture in our wardrobes. 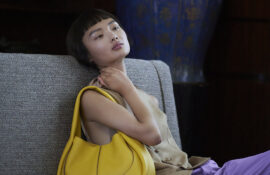